IGN trailers and other videos

Sniper Elite is the best sniper simulation to date and is definitely worth checking out. 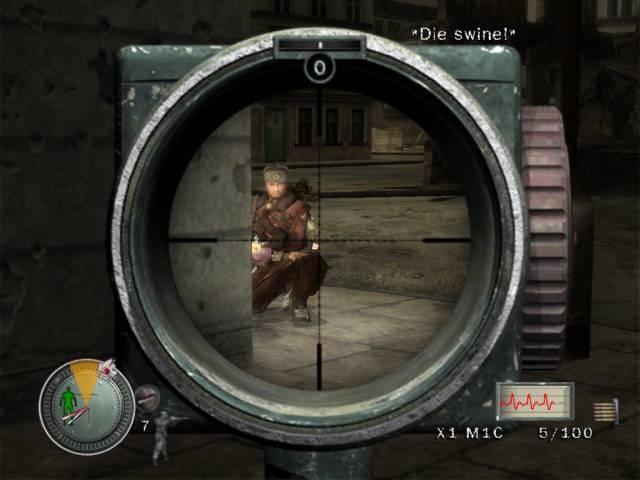 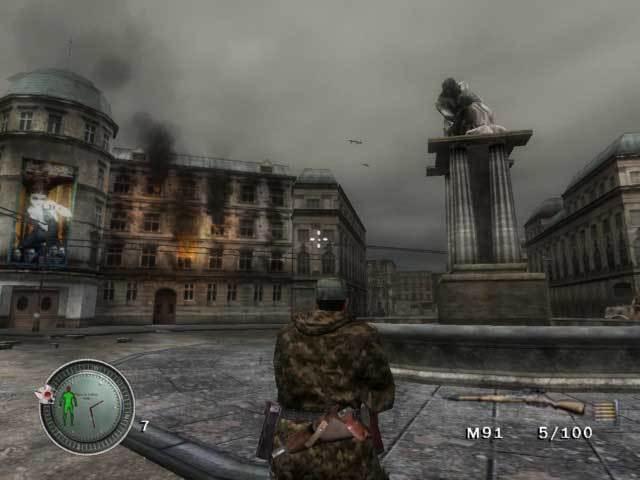 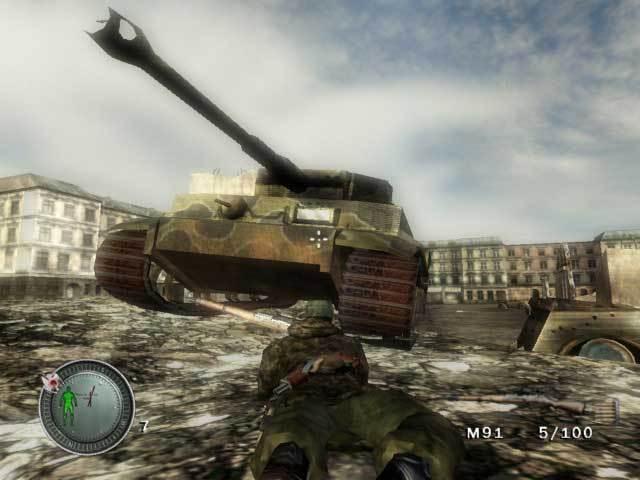 It's World War Two (again), and you are an American sniper stuck in the middle of the battle for Berlin between the Soviets and Germans. The war is coming to a close, and the situation is critical. Your primary mission is to stop the opposition from acquiring the components necessary to build a nuclear bomb.

I know over the past few years, we have been bombarded with war games and sometimes it can be difficult to know which are really worth playing or even bring anything new to the table. Sniper Elite is refreshing in the fact that it is a real sniper simulation and offers enough fun and gameplay to make it worth your precious time.

First off, the learning curve is relatively moderate and the first mission will help guide you through all of the buttons and procedures for aiming and moving. Button placement is convenient and smart. After about thirty minutes of play time, you should have it all nailed down. Sniper Elite has 28 missions that can take you anywhere from twenty minutes to an hour each to complete depending on how you go about it. The entire campaign itself should take you anywhere from 15 - 20+ hours to finish.

The setting is generally the same for each level with crumbled buildings and destroyed vehicles covering the landscape. There are many wooden paintball type bunkers surrounding each level. When exploring city areas, most of the buildings won't allow you to enter but the few that do are the same floor plans and are quite repetitive. The textures are bland and reused over and over. The characters at close range look blocky and lifeless. Graphically it is boring, but not severely enough to distract.

The music is mediocre. At times when you are near an enemy, a sudden, short clip of music will play to make you aware of a threat. During intense battles and firefights, the music will pick up. When enemies become aware of your presence, they will sometimes shout at you or call for backup. Their foreign gibberish is repetitive and annoying. Although musically it is a bit flat, the falling bombs, screaming bullets, and passing planes sound great and can really help set the atmosphere and tension.

Game play is really where Sniper Elite outguns! Your character can hold a variety of items from med kits, bandages, time bombs, TNT, tripwire grenades, stick grenades, normal frag grenades, a silenced pistol, a machine gun, sniper rifle, and a rock from distraction purposes. After killing an enemy you can often search their bodies for goods and ammo. Switching between weapons can be a little time consuming but just like it would in real life I suppose. The transitions are smooth. There is quite a bit of trial and error that you will have to endure, and you might end up dying several times before figuring out what needs to be done to progress to the next objective. The majority of the levels are exciting and offer fun objectives from destroying tanks, taking out officials in moving vehicles, climbing a tower to provide cover fire, searching for the best position for an assassination, sneaking undetected, etc.

Throughout the duration of each level, you will have the option to save your game at any point. Sometimes the game will recommend a good save point and other times you will just have to decide for yourself. You can save up to six times per level and take my word for it, there is not a lot more frustrating than almost completing a level and getting killed just to realize you forgot to save. Most of the time you will not need to save anywhere near six times, but it is convenient nonetheless.

The feature that really impressed me the most is the enemy's level of intelligence. If your shot is misplaced, your target will duck and run for any available cover. Often they will call for reinforcements and even work together to try and take you out. I've been flanked numerous times while fighting opponents in front of me. A couple shots in the back and you're dead. You won't even know what happened until it's too late. Opposing snipers will use rooftops and broken buildings and can be very difficult to find. They will even move positions to get a better shot at you. Enemy snipers are relatively few in comparison to the normal ground troops. It's the guys with the machine guns that pose the greatest threats to your character. If they get close enough, it won't take much to put you down. Using cover to conceal your position is the most crucial element, but at times, it still won't be enough to keep you from being shot or killed.

By far, the coolest feature of SE is the long range head shots. Setting up the right shot is tricky and requires a bit of patience. You have to adjust for distance, heart rate, and your target's movement. When you do line up that perfect shot, a slow motion effect begins and the camera follows your bullet through the air all the way to the target. The result is a graphic death and a bloody splat from the back of the head. It never gets old. If you are really accurate you can even shoot the grenades on the enemy's vest and take out 2 or 3 guys in one shot. If you are worried about giving away your position, you can conceal your shot with the sound of exploding bombs in the distance. The shooting mechanics with the sniper rifle are superb and exciting.

Overall, Sniper Elite is a lengthy and fun experience. It does require some patience and a good chunk of free time. In my opinion, SE should be on your list for a week-long rental, if not claiming a place in your gaming collection.
Review Page Hits: 0 today (81 total)
mediahook