Blue Heat: The Case of the Cover Girl Murders (PC)

Blue Heat: The Case of the Cover Girl Murders is very rare and hard to find game and writing a review of such game is honor for me. 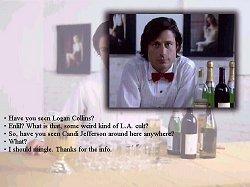 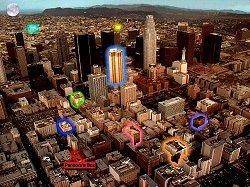 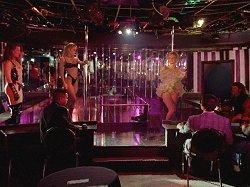 Blue Heat: Case of Cover Girls Murder is pretty rare to find these days, due in part to poor distribution methods used from years ago.

This game is shot simultaneously with a B-Grade film "Cover -- Me". The whole game is shot is FMV sequences, which was in the introductory stage at that time. This game is targeted towards Mature Audience as it contains some strong sexual scenes.

The entire game comes on four CDs and the installation process is also pretty simple and easy. An auto-run menu is also provided for guidance. The game is compatible with Windows 3.1, 95, and 98, but thanks to some third party moods, the game is now playable on Windows XP as well.

The game takes you around to many different locations and has you interacting with many different characters. The navigation in the game is fairly simple. The main idea behind this game is to search different locations and collect various objects which can later be used during the game. The atmosphere aspect is also exceptional and, throughout the game, a tense environment is been created, as the beautiful models of L.A. Erotica Magazine are brutally been murdered. The heroine of the game herself decides to become the front cover model and expose herself in some really strong manner. Slowly and gradually, the story unfolds with the interaction of different characters.

A PDA is provided for your assistance where information about your status and findings can be reviewed at any time. After finding some clues and information, the data is checked for suspects and his/her motivation to commit the crime that is being investigated.

Overall it is a good game, but due to poor distribution, it is not accessible to everyone.