I Am Alive is a palate pleasing amuse-bouche but unfortunately offers no real substance and lacks depth. 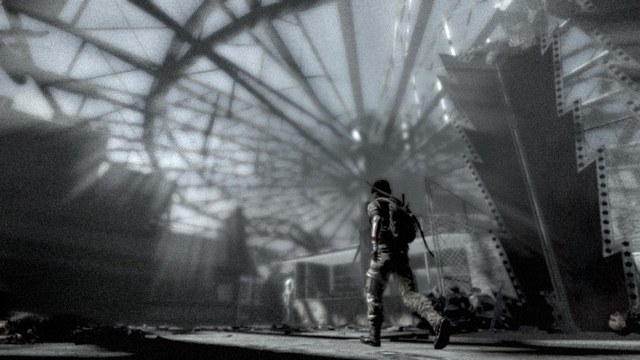 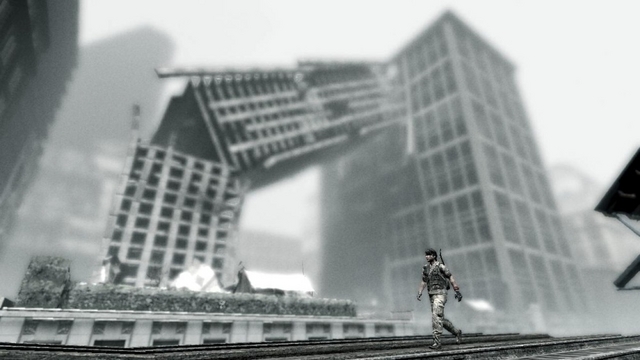 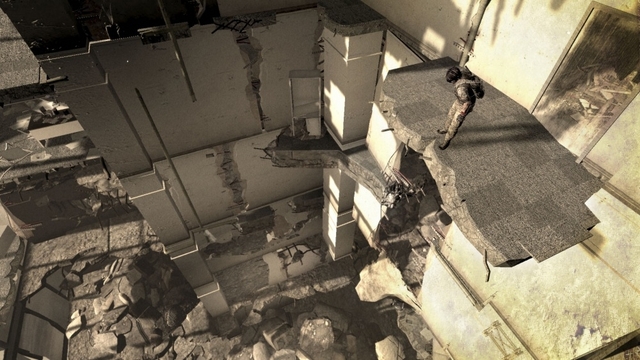 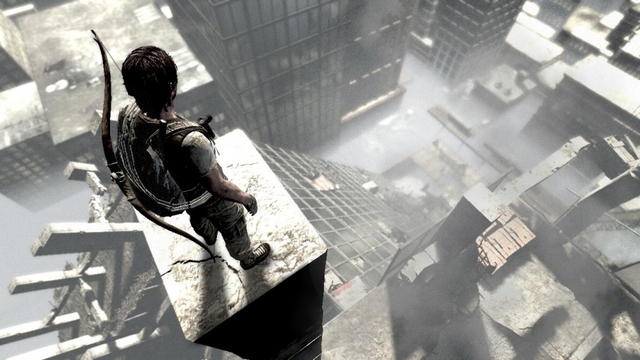 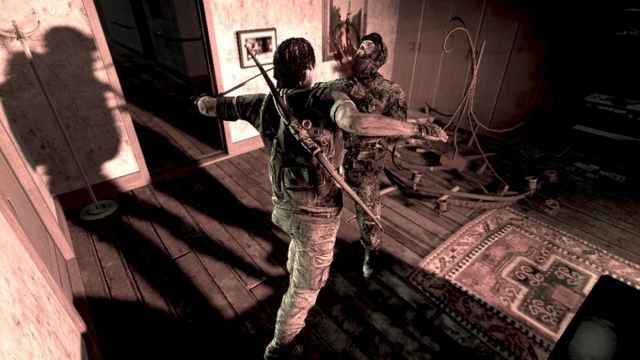 A world wrecked by earthquakes. Resources; limited and dwindling. Prominent cities, torn to ruins. A husband combing the debris for signs of his wife, a father desperately searching for his daughter. I Am Alive sets up such amazing potential for quite an experience but falls ever so short among fans of the genre.

I Am Alive does a good job of leveling the player to the dreary environment you find yourself set in. Most of your time will be spent navigating through the hazy dust cloud that has fallen across the apocalyptic city of Haventown. I Am Alive does an excellent job of setting and presentation which makes you, as the player, feel absolutely hopeless and lost within the endless wisping clouds of dust. Extreme moments of pressure force you to climb above the dust, so as to breathe the clean air once again and collect yourself before diving back into the gloomy solemn streets.

Admittedly, the game looks quite dated in comparison to its more polished downloadable counterparts. The thick dust cloud that blankets the city makes for an interesting environmental obstacle, but the sepia palette allows for some graphical shortcuts and are quite noticeable throughout the game. There is so much potential and opportunities that present itself within the environment, but the vision has used this crutch to cut corners. Seeing as this game was announced 6 years ago, it is hard to see a forward progression in terms of graphics.

The ambiance and background music make for an unmistakeably dull addition to the game. While not detracting necessarily from the overall experience, the still sounds also don't really add anything memorable to the brilliant moments the game does have. The identical music that queues for all negative altercations in the game, be it a low stamina bar or an encounter with nearby thugs, is tiresome and bland. Many times simply sprinting will queue the music and you will be forced to momentarily break stride to be once again be left with the still quiet sounds of dust in the wind.

The gameplay is broken down quite simply into two categories: combat and exploration.

Starting with the weaker of the two, the combat is limited to simple choices the player will face each and every time while in combat. More of a sequence of events that needs to be played out perfectly, you will find yourself multiple times with just a single bullet and 4 thugs ready to cut your head off with their equally armed comrades. The series of events usually plays out as such: Surprise the first, shoot down the one wielding a gun, and back the last two remaining far enough into an environmental trap and wait for the last to surrender. This happens nearly each and every time and it does get repetitive. Just when you are getting to that point of monotony, the game throws in a hunting bow into the mix. Later still, heavily armored enemies present a bit more of a challenge and the game redeems itself a bit more.

Exploration of Haventown is the absolute best thing in the game. Navigating the terrain with brief pauses to escape the dust make the overall map seem much larger than it really is. Among the ruins there are multiple survivors who are needing aid or simply a last dying wish. Helping them out with your foraging is no hindrance to you, but it does put a strain on your inventory at times. Using the items found may help you in the short term but could have been used to help another more in need of the small resources you do find. From scaling huge skyscrapers to traversing dimly lit subways, the game's environments do not disappoint. As if the dust wasn't enough of an obstruction, at one point you are even put out in the dead of night to journey through the rough streets alone.

While there are 20 additional survivors to save along the way, many areas are blocked off from further exploration after you have completed the subsequent chapter. The game can be completed in roughly 5-7 hours and many portions of the game seem evidently scrapped given the loose endings of the story. The short list of redeeming factors for I Am Alive make for an interesting and unique title,but it unfortunately falls short overall.
Review Page Hits: 0 today (476 total)
mediahook