A classic piece of literature in the sickest sense. 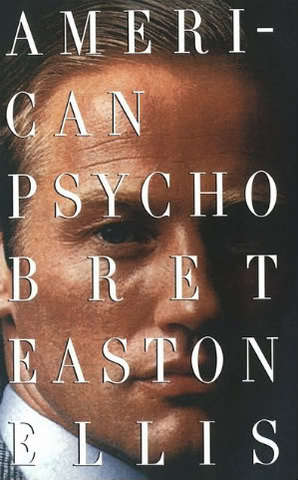 American Psycho is a very strange journey. Though it is the basis for a movie of the same name, the book is actually quite different, mostly because it presents so many graphic scenes of violence and twisted imagery that would probably be almost impossible to film and release to a mass audience. For that reason, I can't recommend the book to everyone, but if you know what you're getting into, it's a worthwhile read for sure.

Patrick Bateman is a 20-something investment banker who works in mergers and acquisitions. He is also crazy and has no sense of belonging in the world he lives in. He is superficial and conceited about his looks and the people who are around him. He murders co-workers, vagrants, and prostitutes. For readers looking for non-stop graphic murder, it should be noted that the murdering doesn't start until over 100 pages in. Once it gets going, though, the reader is in for many gratuitous scenes of violence and dementia. However, I feel like this book is less about the crimes Bateman commits and more about the way his mental stability declines from start to finish. He is certainly a compelling character that all readers will form strong opinions about.

The graphic scenes in this book are so insane that they are sure to turn off many readers. Those with vivid imaginations may not be able to sleep for a few nights! Anyone that enjoys to see boundaries pushed by literature will no doubt be fascinated by these scenes.

A major drawback to the book is the author's refusal to finish many of his ideas. There were many chapters that ended so abruptly that I thought that I surely had a defective book. I even went to Barnes & Noble to ask the girl working the Nook booth to download the book and see if the eBook had these stops too. It did! I guess it was good to know that my book wasn't a misprint, but it was extremely frustrating to be left hanging time and time again. This manifested itself in the ending, as well. To Bateman, it seems as though all of the events in the book really happened, but in the end he never knows if it was real or not. I can appreciate a book that leaves things to the reader's interpretation, but the way American Psycho ended just seemed far too abrupt and unsatisfactory. I will put the ending in spoilers for those that don't want it ruined.
He calls a lawyer friend and leaves a phone message telling them he is a murderous lunatic, but he then gets told when he sees his friend at a dinner party that the message was the funniest thing he has ever heard because he saw the guy Patrick confessed to murdering recently. It makes you as a reader question if it all happened, too.

The best thing I can say about American Psycho is that even though I read it recently, it is sitting on my bookshelf now and calling me to read it again. I don't know what the draw of it is--perhaps it is the open ending and the lack of closure, or the feeling that I missed something the first time through. Maybe it's the over-the-top violence and pervading feeling of insanity that Bret Easton Ellis conveys so well. Whatever it is, though, I'm sure I will pick it up again and try to form a more concrete opinion on what I think really happened. This book certainly isn't for everyone, but for those not easily offended, it's a great read that I highly recommend.
Review Page Hits: 0 today (1,211 total)
mediahook