A hard game to sum up, even harder to play, as after a certain point, it will more than likely crash and never work again. By this time it will be a case of "Move on!" A shame, because it is a good game! 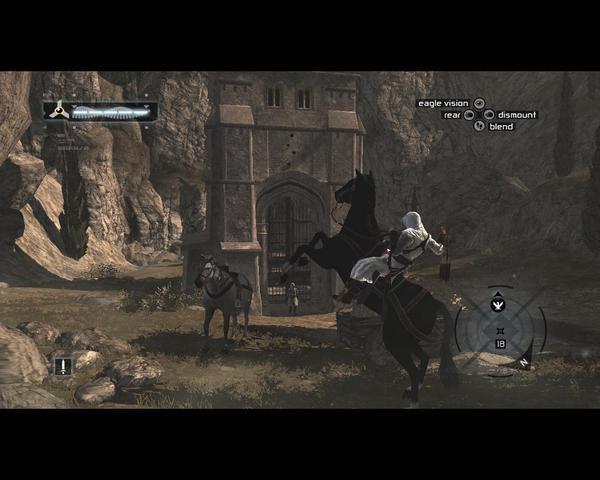 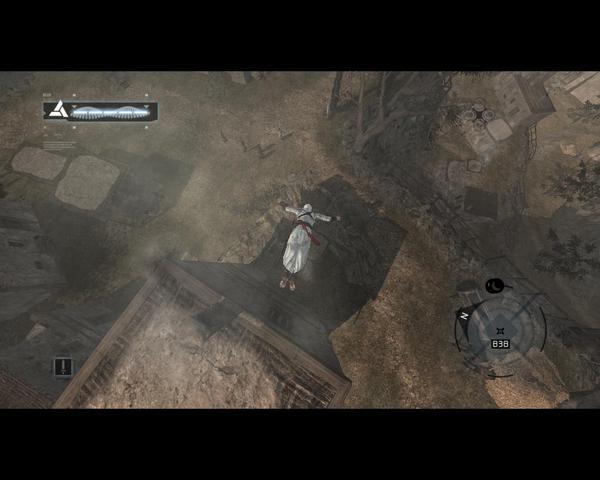 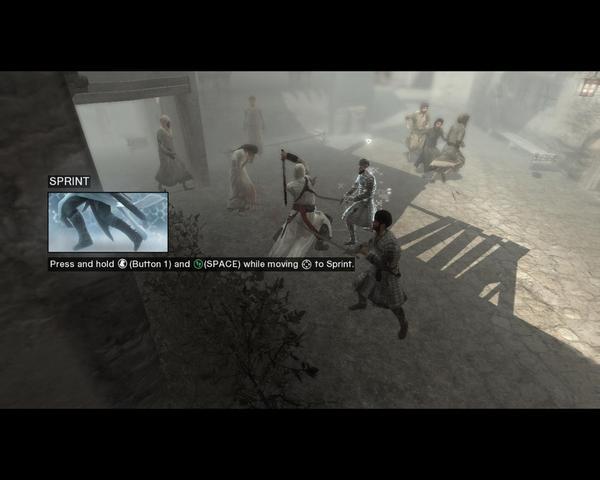 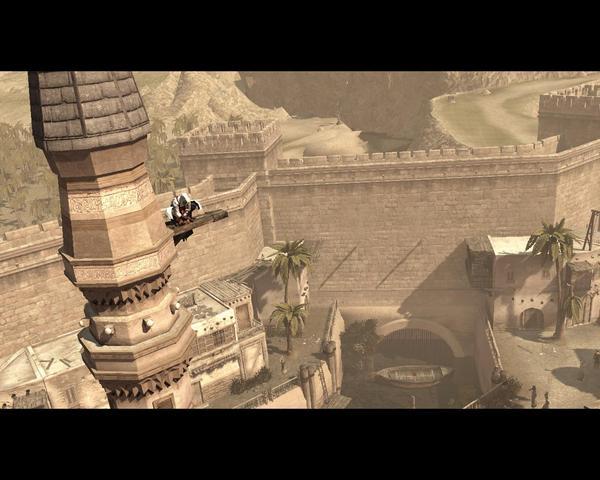 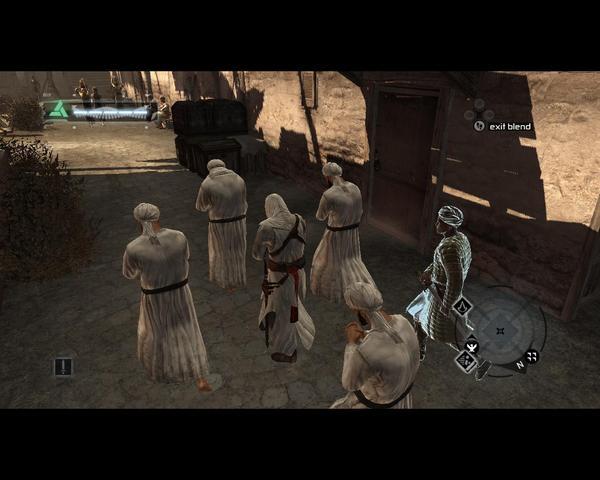 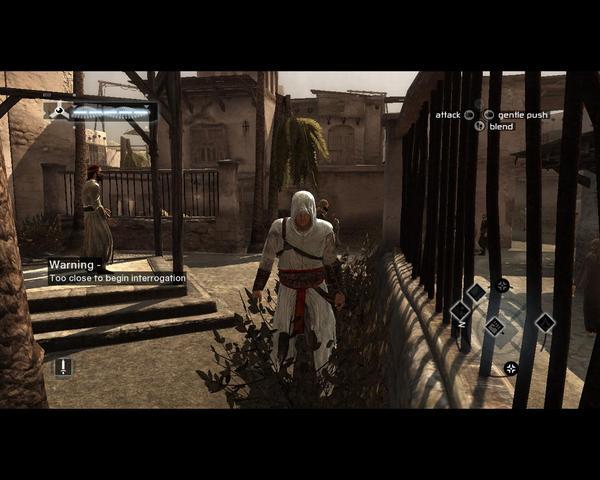 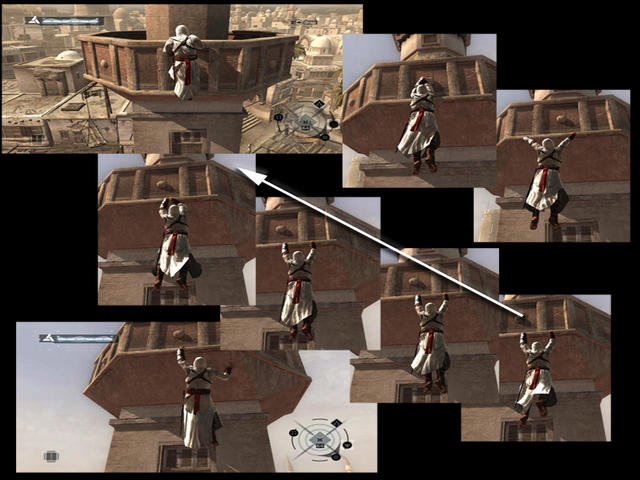 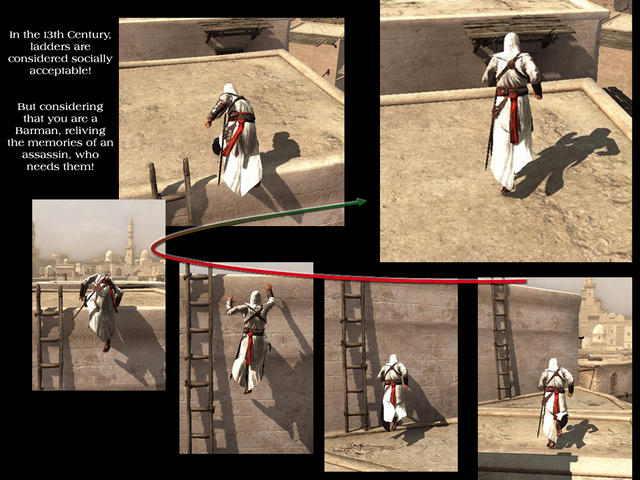 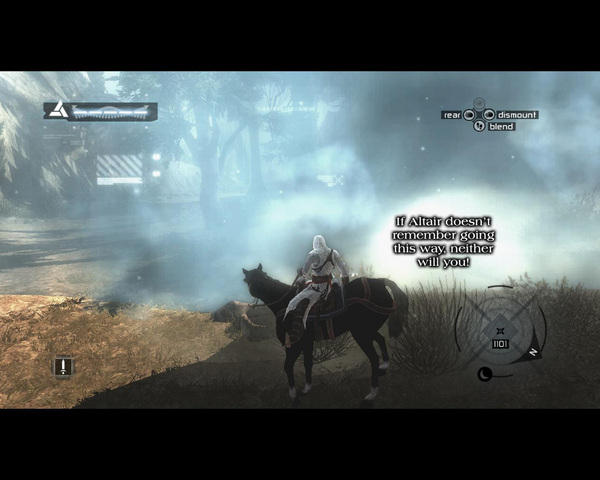 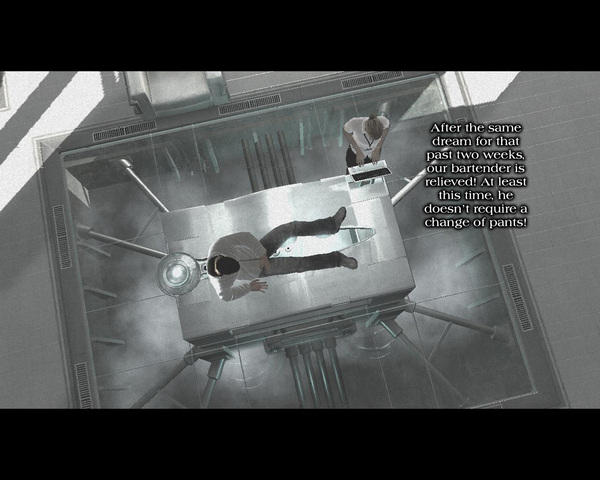 I love to hate this game, and yet, hate to love it! This game has been the cause of abuse to my poor old mouse, who is currently licking its wounds and phoning the RSPCA. (Yes I keep telling him, he isn't a real mouse, but does he deserve any less respect?)

Let's start with the ratings given to this game. In all honesty, this game is a solid B, probably even higher. However, can I judge a game if it doesn't work? If it were just my PC, then I would have scrapped the review. But the reported problems, for me, the many, and even those evil console versions, are far too many not too review this game. If Ubisoft they release a game of this quality then they should expect the negative feedback.

For reasons that will be explained later, I just felt not being able to play the whole game makes it unworthy of a full mark. As for the breakdown grades; I gave a mark for the things I felt I could judge it on, that is the Sound, Graphics, and Learning Curve. The others Gameplay, Replay Value, which I originally did give a mark for, but after a short pause, felt it the wiser option to leave out. "Replay Value" a laugh in itself, as I didn't get to play it the first time!

What follows next is a small review of the game. The little part of it I could actually review, the negatives will be handed out later!

I love the fact that this game pushes the boundaries. Where the object is to interact and yet to hide amongst a town's crowd. Where the suspense is to approach your target, assassinate, pickpocket, or follow, and then get away clean and swift.

From the get go, this is one visually impressive game. All kudos goes to Ubisoft and their new engine, Anvil. You start off as Altair an assassin in the 12th century. The next thing you know, you find yourself waking up on a medical table, staring up the nostrils of an attractive woman. It's Sin Episodes all over again, but more modest! You find yourself, an abducted barman, sometime in the future, and listening to an old man explaining genetic memories.

Lost?!? Wait for it, apparently everyone has genetic memories. That is the knowledge that is passed down through the generations, allowing you to know certain things without having to learn them. Animal instincts, as it's neatly described. The only problem with this storyline, I can't remember what I had for breakfast. So how is this guy going to remember the story of Altair, who lived more than 800 odd years ago?

So you are a barman, being asked to relive your ancestors past life. Though a special medical table, called the Animus. This is a clever way of containing a game, its levels, and the boundaries. If you think about it, it's a past life, so you can only do what Altair has done. This means any guiding, is instantly defendable. If you walk into an area the designers wants to block off, you have a quick and easy explanation. "Altair doesn't remember going there, so you can't either." Simple, but perfect! Thankfully the story is not spoiled by these leaps of faith. However you soon come to realize that has to be a plot twist hinging around this.

While the game is fantastically story driven, I've only been exposed to part of it, and in an era we gamers are not use to. This means that your time is spent looking at this game with a fresh pair of eyes. Also to the credit of the designers is the story mode. This is when you lose all the major controls of your character, Altair, and can only control his movements. The same effect has been done many a time in games. But this game really highlights it, as you feel like a stalker, focusing on your target while not actually watching him.

Here is a quick rundown of the points of the game.
* I love these games, the one where you have to hide, the break from the normal FPS games.
* Fresh new Century to play, makes it feel exciting!
* Easy of movement across rooftops, makes you feel like a superhero.
* The suspense of hiding in broad daylight.
* The control system is a little tricky at first, but well worth the benefits.
* Critical moments, mainly fighting numerous enemies, can become frustrating. A huge number of button combinations.
* Good use of weapons, controls, and surroundings
* Fantastic environment, visually stunning!
* Checkpoint save system, no problem, until you consider the constant crashes.
* Can't skip narratives, same reason as above!

And now the bad points! If you were wondering why such a highly hyped game, has suddenly been dropped? Quality Control! A humongous shame, to be spoiled by a small necessary step! This makes the game the worse release I've have ever seen. If you want to buy this game, I wouldn't bother, that is until at least the next patch (v1.03+). But even then I would wait for the comments to flood the internet.

I found it extremely bug ridden. The number of times I've had to reinstall/restart, in order to solve crashes, is more than any other game I care to remember. The latest patch v1.02, doesn't seem to fair any better. For the number of bugs it fixes, it seems to cause more harm than good, and always at the most crucial moments. I've yet to get up to an assassination target, without it crashing on me.

My full story is long and woeful, with lots of girly shrieking and crying! After approaching my first assassination target, it went into story mode, and crashed. Story mode is where you have partial control of the character, i.e. just the movement control, and you watch and listen in on your target. It just failed to move on. So I was stuck, unable to do anything but hard-reset my computer. Just if you're wondering, a soft reset would be, Ctrl-Alt-Del, and there was no response when I tried.

That's when I decided to update the game to version 1.02. After reading the Readme file, I saw that a lot of the bugs had been fixed. The only problem, is there are still a lot left. So I started to play the game again from the beginning. This is when I found out that you can't skip cut scenes. After watching them, I was about to play the first level again. But no, it crashed just before I was about to get control and play, so I decided to cheat!

I found a Level Unlocker, installed it, and jumped to where I finished off last. I played the whole level, but again, it crashed at the second assassination target. After more pottering around, I decided to try the last level, but still no joy. I even tried the previous version of Assassins Creed, just in case v1.02 was causing more problems. After that, what was once a beautiful game was all but spoilt for me; I could no longer look at Assassin Creed in the same light. As if it had committed some kind of hate crime against me!

This was all made worse, by the fact that, everything works fine in the beginning. Not a hint of trouble! It just seems after awhile the game refuses to work. I don't care that the game's producer, Jade Raymond, is rather hot, unless I meet her face to face. But there seems to be so many minor flaws, little glitches, and silly gameplay moments that can really spoil the whole thing for you. Yet, on some inner level I love it, and they say love is a form of dementia! Based on this game, it has to be true!

Rightly or wrongly, there is a less than virtuous cartoon of Jade Raymond and the surrounding success of Assassin Creed! Ubisoft have taken the role of "knight in shining armor" and will probably sue anyone using, viewing, or even mentioning that cartoon (Yikes!). Personally I lay firmly in the wrong camp, as I know Jade probably had nothing to do with the programming side of the game, she is only a face. However, this does illustrate the point, that some feel that the success was mainly due to the beauty of Jade, rather than the game itself. This game should have stayed in development, until completed. Delaying of games is not a new thing, and something PC owners have become accustom to.

On the up side, Splinter Cell: Conviction has been delayed! While you may think that's a shame! I don't as these two games are very similar in nature. Plus if it has been delayed, that means something is wrong. I would rather a working game, that's been delayed, rather than the feeling that you have been ripped off. Another shame, as ultimately, Assassins Creed makes you feel you have been! I am looking forward to the next Sam Fisher's story, please for the love of god! Don't let it be like Assassin Creed! Also there are other games out there based on the Anvil engine, notably the new Prince of Persia. I wonder how they will fair out!

Some games are brilliant, some are horrid, but this is just a shame! The game starts with Ubisoft announcing, clearly, that this is a work of fiction. Also, that the Ubisoft team, comes from various multicultural backgrounds and faiths.

Work of fiction? ... More like a work in progress! I feel sorry for consoles, where do they stand in this battle! Will they have to buy the patch or in fact the whole game again? Well it turns out that console versions have even more troubles that just the crashing bug. Something to do with the size of the DVD's (A search on Google will reveal more). With our faith in Assassins Creed, at an all time low, where do we stand with Ubisoft? Hand on heart I believe this to be true; with any business, perhaps games more so, profit margins always come first!
James

Laptop versions of these cards may work but are NOT supported. These chipsets are the only ones that will run this game. For the most up-to-date minimum requirement listings, please visit the FAQ for this game on our support website at http://support.ubi.com.