Assassin's Creed Revelations is a great romp that is the most finely tuned of the series. Unfortunately, we've played so many of these titles that each small change, while it makes the game that much better, doesn't change the overall experience. 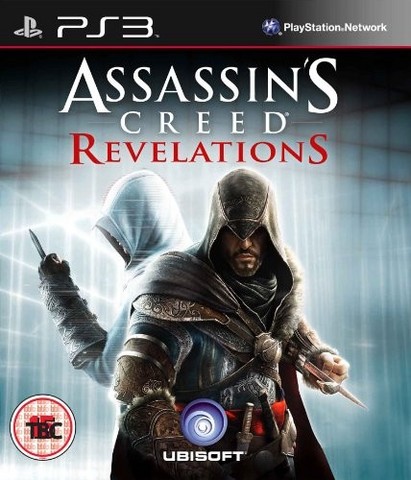 I've been trying in vain to put words on this screen to accurately describe the essence of Assassin's Creed: Revelations in a smart and witty way. If you've been following this game you will find it easy to say that it's just literally more of Assassin's Creed: Brotherhood, but with a failed attempt at a tower defense element mashed in there. While this may ring true to its most high level critics, I think that one can think of a slightly more accurate description. The only way I can think to put it is this: I've spent some time as a stand-up comedian. If anyone reading this has ever done the same, then you know that it isn't just taking something funny that you thought of once and repeating it to a crowd of boozed up open mic enthusiasts. Such an attempt will fall flat on its face, much like my first comedy outing. I learned that one has to re -work their material until it comes out just right. It usually takes hours and hours of writing and re-writing just to get it to be stage ready. Helping me do this every step of the way was my ever-patient wife. She's heard the material over and over and has made suggestions here and there. But, when it came time for a show, while those who had never heard that joke before may have laughed, my wife, my greatest supporter, was silent. It wasn't because the joke was bad, but it was because she had heard the joke so many times in such slight variations that even though it had been tweaked to be the best it had ever been, it was just flat out no longer funny to her. This is the problem with Assassin's Creed: Revelations. While some new aspects really resonated with me and made the experience that much more enjoyable, the bulk of the gameplay, story, and everything else that you'll find in your 12-16 hour adventure in Assassin's Creed: Revelations will feel more like a fun re-run that is starting to lose its appeal than a fresh new experience.

Assassin's Creed: Revelations remains largely the same experience that the series' fans have come to know and love. The gameplay follows the same formula as the other Creed titles, all the while attempting to revitalize the franchise by adding new game types through Ezio's tower defense modes, Desmond's weird platforming adventures, and Altair's "sit down on grandpa's knee and let me tell you about the time before we had all these who-zy-what's-its, what-cha-ma-call-its, and that con-fangled MTV" memory's. What works this time, that didn't really before, is the overall feeling that there is a war going on in the world around you and it's up to you to raise an army in this new place and actually make a difference that will change the course of history. Here, the standard "help someone out and they will devote their lives to you" still applies when recruiting new assassins that you saw in Brotherhood. Again, you will send your newly recruited assassins to fight on a simulated map where they perform missions in the background while you are playing as Ezio and slicing and dicing your way through the game. You can still call upon your assassins a la Brotherhood at a moment's notice to help you when you've gotten into a situation that's a little over your head. In previous games, one could effectively fight 100 people in a row and not feel like they were in any real danger because of how the game allows you to counter and one-hit-kill most anyone. This time around, however, Ezio's near immortal status is shattered by the advent of the firearm. Enemies wielding both guns and short swords are very common and provide a great new element that Assassin's Creed was lacking: death. Yes, you can die in a fight now just as easily as you get into one. Cross too many enemies that have access to guns and it can be lights out very quickly. But what makes the game feel "right" are several times that I knew I was going to die, and I called in all my assassin's that I had recruited and poured hours into training, and watched several of them fight until they too were overpowered and killed. There is no reset button for this. When they are killed they are gone forever. When it happened to me, I was devastated. It really opens up the world of Assassin's Creed as a real life struggle between two factions and not just a Chuck Norris style "You live because I allow it" type gameplay that was so prevalent in the previous Creed games. Unfortunately, this aspect is a little late to the Assassin's Creed party as it should have been in by at least Assassin's Creed 2.

For all the flak this game has gotten, I found the majority of the problems to be complete non-issues. Ezio is still a likeable character and you grow even fonder of him throughout the game and earnestly hope he finds happiness. Most people have spoken about the new "tower defense" mini game. Besides the tutorial, I only had occasion to play it once. Ezio now has little home bases scattered throughout the city that can come under attack only when a special meter that indicates the Templar's overall awareness of Ezio's actions is all the way full. Actions to raise the meter include killing people in broad daylight and buying shops and renovating areas in the city. Fortunately, before the meter is all the way full, Ezio has opportunities to bribe heralds into speaking of the Assassin's greatness and several other activities to lower the meter. Anyone who plays this game with any sense will only run into one or two opportunities where their Templar awareness meter is full. Yes, the den defense option feels out of place, but that's okay because the only way you're going to get to that type of a situation is to be playing in a totally non assassin-like way, so you deserve what you get. The one place I feel like Assassin's Creed falls short, though, is with the introduction of the previous test subject spoken of so often in previous games. The character they present is mysterious, unpredictable, and has the demeanor of someone trapped in his own head for centuries. Trust me, you don't want to share any amount of space with that kind of guy. Revelations only gives occasion to interact with him two or three times. Each time gave me butterflies in my stomach. Suffice it to say that I loved that character, and he could have been a great addition to the game that was left missing.

All in all Assassin's Creed Revelations was a great romp that is the most finely tuned and expansive of the series. Unfortunately, we've played so many of these titles that each small change, while it makes the game that much better, doesn't change the overall experience as a whole.
Review Page Hits: 1 today (819 total)
mediahook