Save the environment in what is quite possibly the lamest platformer ever. If you're the type that gets a kick out of really crappy games, this one's for you. 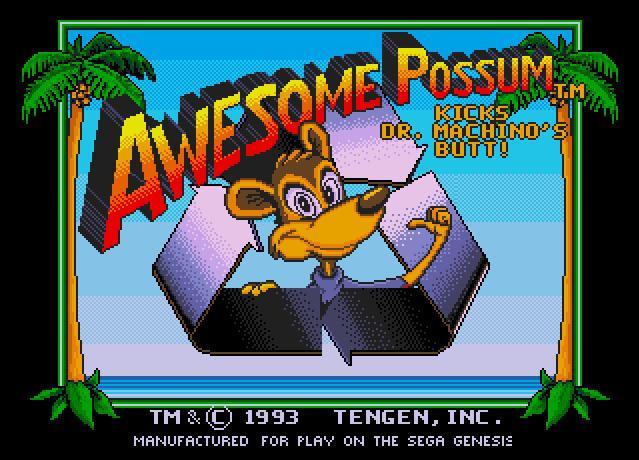 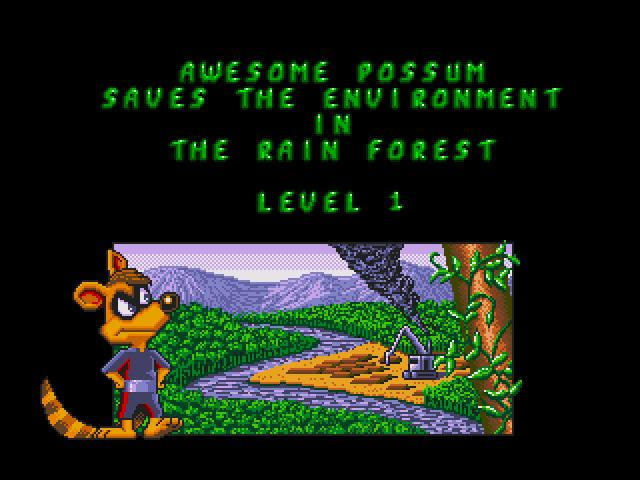 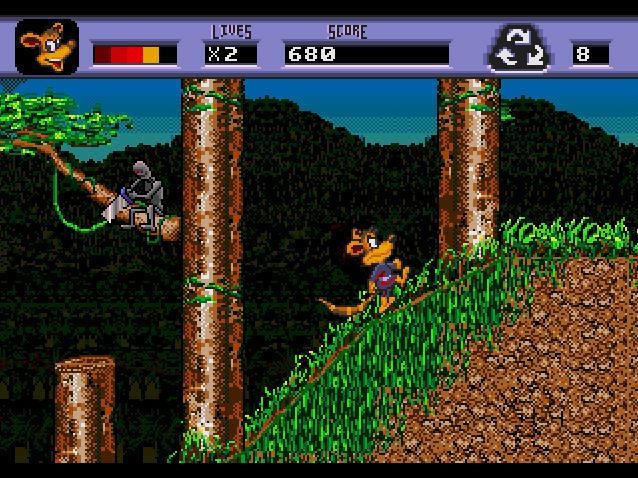 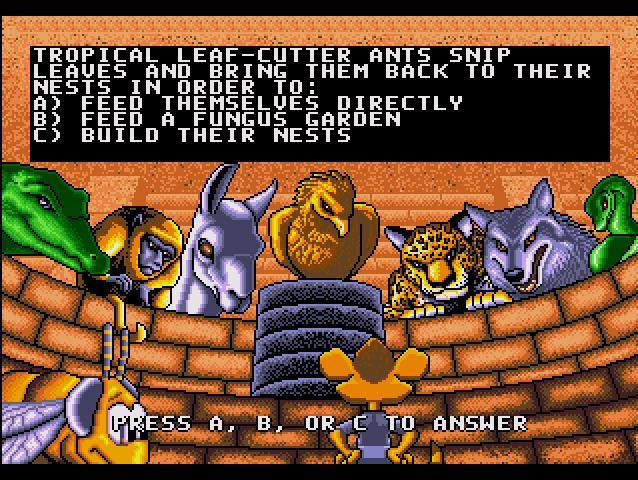 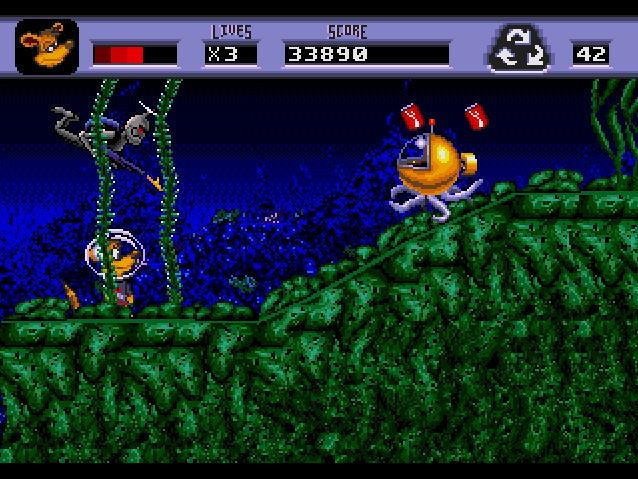 This game is doubtlessly an effort to cash in on the successes of both Sonic the Hedgehog and Captain Planet. The plot: The evil Dr. Machino hates the environment and has created a legion of automatons to destroy it. Only you, Awesome Possum, can save the environment by battling these minions and taking out Dr. Machino.

The game's full title is actually "Awesome Possum kicks Dr. Machino's Butt", and when you turn on the game, the title screen will sing that at you (no, really). Then Awesome Possum proudly declares, "I'm awesome!" That right there is literally the peak of awesomeness this game ever achieves. Each area of the game (rainforest, ocean, etc) is divided into 3 levels, with a boss fight at the end of the third. Each level is introduced by a screen that says "Awesome Possum saves the environment in:"...".

And it never gets any less lame.

The first thing you'll notice when you try to play the game is how jerky and stiff the controls are. Next, you'll observe the terribly bland graphics and lack of animation. You'll probably not notice the music, as it's the most uninspired, blasť background noise ever created. You'll hear plenty of voice samples though. Anytime anything happens, Awesome Possum feels the need to comment verbally. The voice samples are actually of pretty good sound quality, and animating his mouth to move as he speaks is kind of a nice touch. But the faux "in your face" attitude is decidedly not, and the constant barrage of these voice samples gets really annoying, really fast. Thankfully, you can turn them off in the options menu.

I've already mentioned that the level design is haphazard, but I feel it deserves repeating. The level design is really, really bad. It's very "thrown-together" with no fluidity whatsoever. Every level within each area feels the same as each other. I think this game was made in a week. After the third tiresome level of the same stuff, you'll be treated to a boss battle. The bosses are the most generic bosses in the history of video games. They don't really do much and you have to bounce on top of them repeatedly.

This game is actually pretty difficult. Unfortunately, the difficulty arises not from the levels, enemies, or bosses, but from the rather iffy collision detection, and having to constantly battle with the controls. Lots of games get criticized for having cheap deaths; this game has no non-cheap deaths in it.

In closing, Awesome Possum is a sad, sad affair. Probably the most retarded game ever to be burned to a Genesis cartridge, Awesome Possum is to be avoided like the plague unless you're a collector of lame games.
Review Page Hits: 1 today (137 total)
mediahook