I love watching Backyard Wrestling, which is now on Home Video. The game however was a disappointment. There are top wrestlers from the BYW video series, but the gameplay isn't great. A great idea, but a bad game. 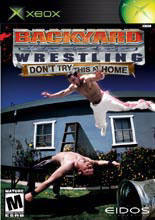 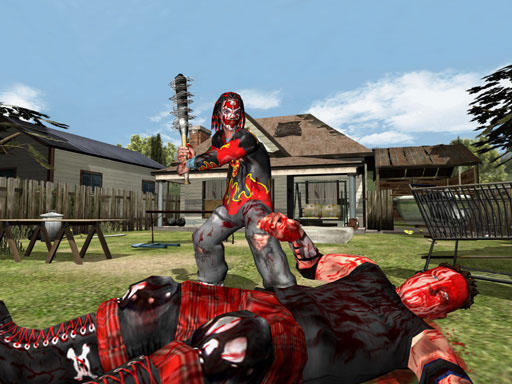 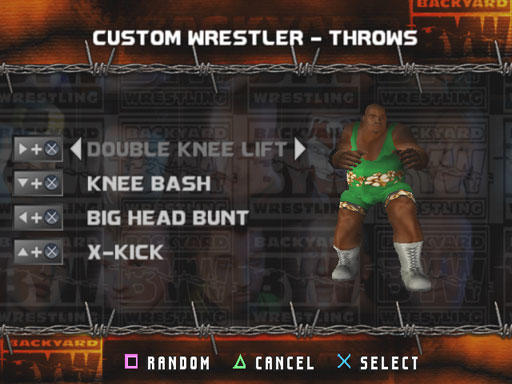 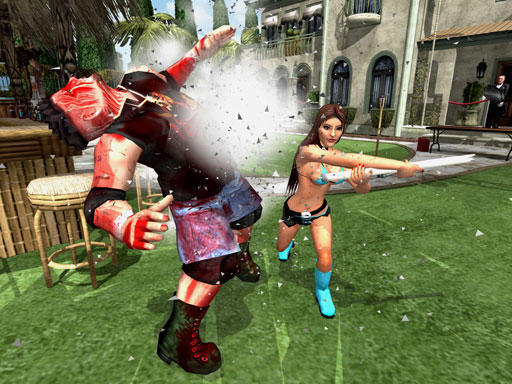 Backyard Wrestling = Angry guys beating each other with anything till they are near death.

If you aren't familiar with the BYW franchise, here's the scoop:

BYW features untrained people fighting (wrestling style) in suburban areas, stores, outdoors, truck stops, clubs, etc. You name it, they probably have fought there. What makes BYW more unique than say WWE or WCW, is the "anything goes" rules. Do whatever you want, just hold your opponent for the three-count. The matches may not be suitable for people with weak stomachs or little kids as BYW is G-O-R-Y. Wrestlers fight with anything from barbed wire to sticks on fire. It is truly hardcore. BYW also includes half-naked women strutting around, just in case you get bored with the fights.

The game is no different. There are roughly 12 locations to fight. Some of these include strip clubs, truckstops, backyards, and even meat processing plants. The wrestler selection is limited, consisting of a few guys and a few girls...and even a zombie.

Two of the wrestlers you can choose are the rappers from "Insane Clown Posse" who have several CDs available for purchase. They also sing the theme song, "Juggalo Homies". Speaking of which, the music track list is unbelievable. The soundtrack may be the best feature of the game. There are over 20 top recording artists including: Cky, AFI, Sum 41, and of course, Insane Clown Posse.

The game controls are difficult and frustrating, requiring several button combinations for certain maneuvers. The story line is bleak and short, while again very difficult. I had a frustrating time trying to beat this game.