BF2, released in 2005, seems like an age ago, and yet not long enough! This could be the daddy of all Sandbox shooters. Good fun to be had by all, and very rarely boring! 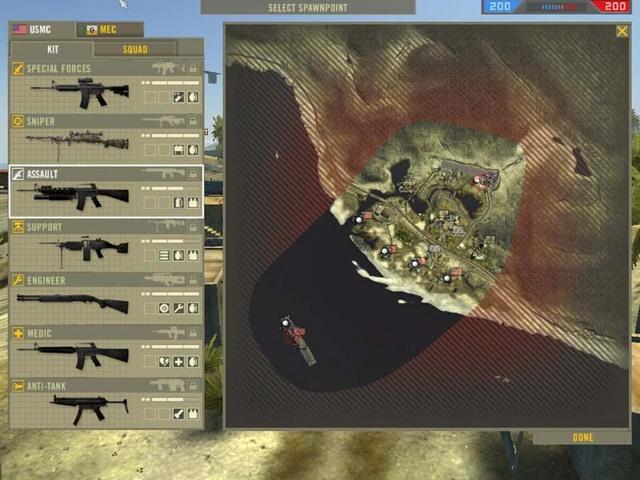 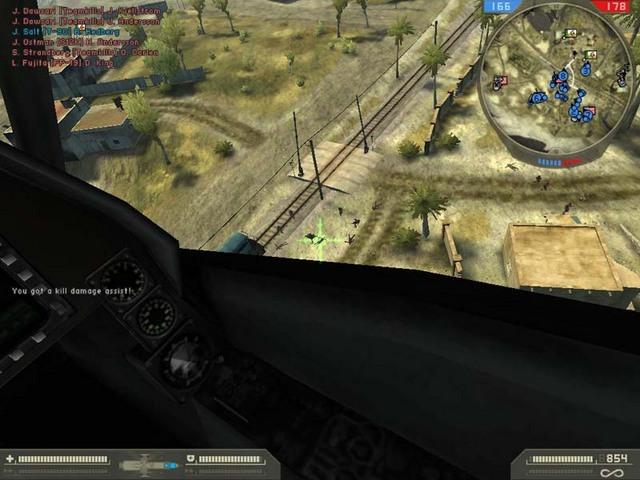 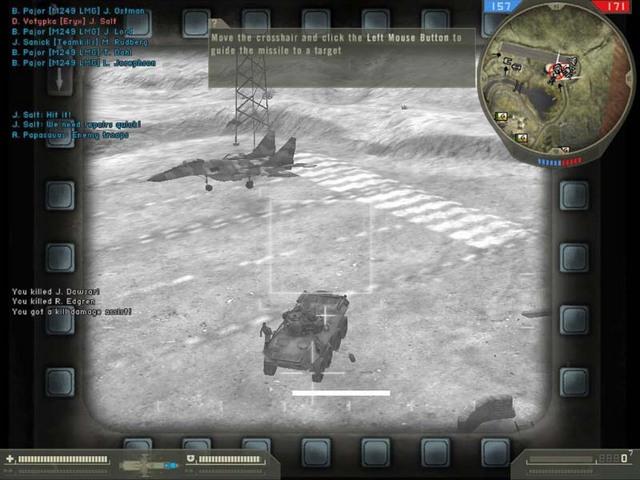 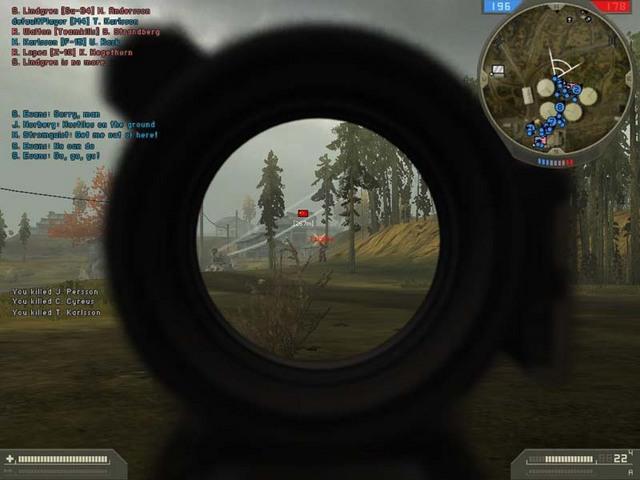 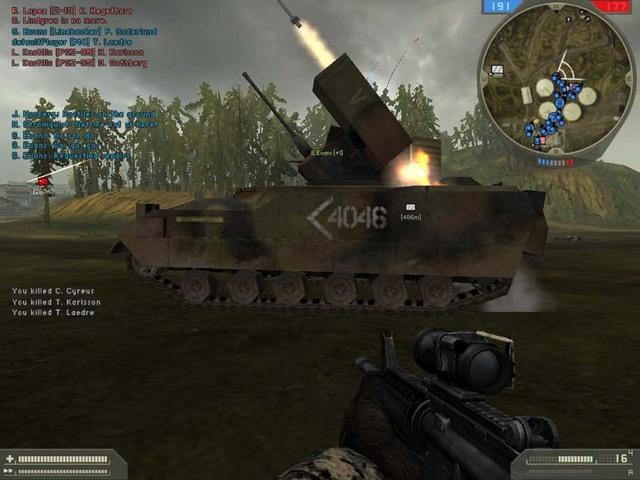 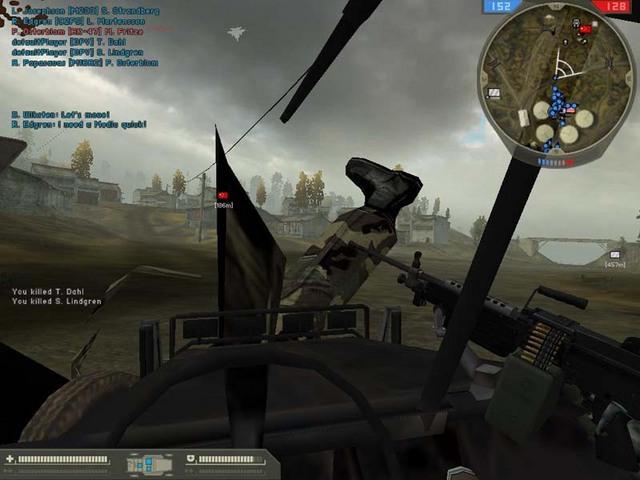 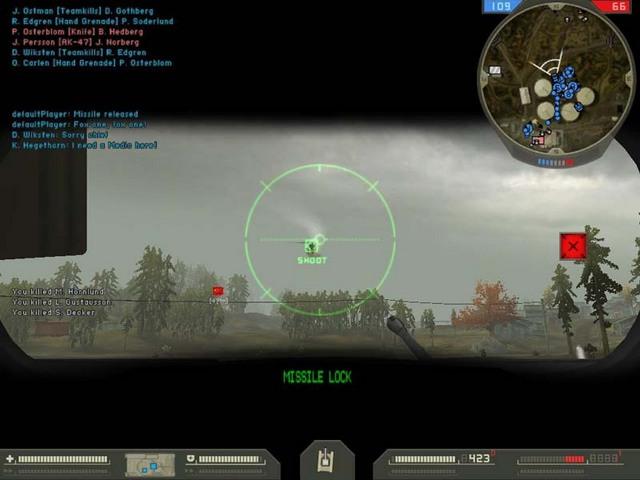 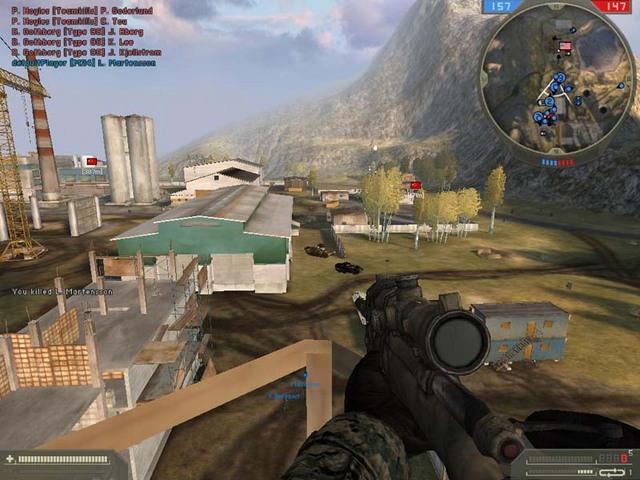 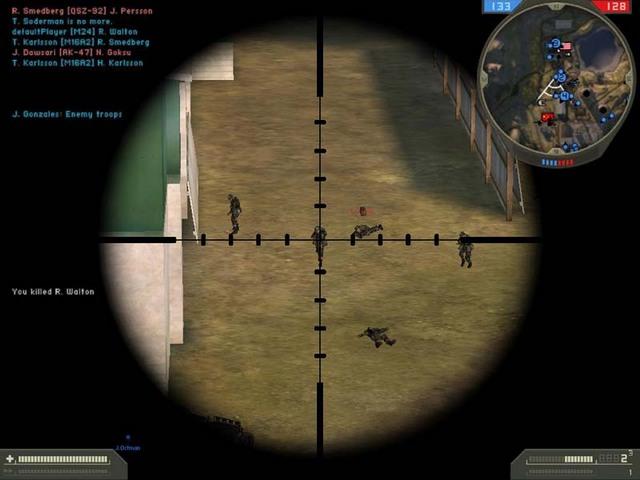 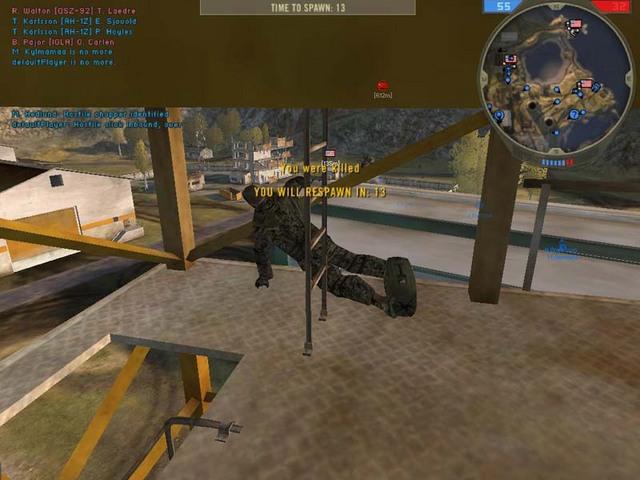 It is surprising what can constitute as fun. Take this game for example. There is no story, no Singleplayer; as such, no mission; just an open sandbox. But still this has to be the best fun you can have on or off line. While there are plenty of online shooters, and each have their own special qualities. But Battlefield 2 has to be one of the top 10, and considering this game is now 4 years old, that alone should tell you how good it is!

What really sets Battlefield 2 apart is the simplicity of it all. Even the program itself is basic; so basic you don't even need to go on line and play. Admittedly most of the fun is to be had online, as well as frustration. A singleplayer game still has buckets, and won't disappoint if you just want a quick game by yourself.

Now there will be some that will not understand this, as in its default mode, there isn't a lot offered to this title. So I am reviewing this game on the basis of having two simple mods installed, these increase the fun exponentially. The first is the 64 player Maps Mod, which increases the map size to the larger ones. The second is the Single Player Bot Modifier, which allows you to increase the number of bots on the playable map.

Ok, so the graphics maybe a little dated, and at times it feels very old. But in terms of sheer fun, it still has a lot to offer. On the up side, this means that an entry level PC will slice through this game. Even better, you will be able to have more bots on the field. However, you may want to play around with settings; both graphics and number of bots, as there is a certain point when you computer might find it a little bit of a struggle.

The game is simple, with no story to confuse things. Two teams, flags, a number of different soldier types, and mayhem. The idea is to go out and capture bases and flags, and keep the other team from getting them. There are tickets, which acts like a timer, dependent on how much territory you own. The first team to lose all its tickets are branded the losers.

You are given several choices of soldier type. Each one is designed to fill a certain role in the army, and each with its own strengths and weaknesses. You have the Sniper, which specializes in long distance picking off. Spec Ops soldier with his Plastic Explosives. The Assault Soldier with the M16 and M203 Grenade Launcher. The Engineer with his Combat Shotgun, Mines and ability to fix vehicles on the go. The Medic with the ability of healing team mates. Anti-Tank soldier with its portable missile launcher. And finally the support soldier, with his ability to restock other soldiers with ammo.

If that wasn't enough of a choice, there are also numerous vehicles, which you can borrow. The vehicles range from Attack to Transport and again increase the fun. Of course some are more fun than others, and the most highly prized are the attack helicopters and tanks.

Finally there is the position of Commander, as each team can nominate a member to lead them into battle. This can distance you from the fight, but you get an extra view, that allows you to see everything on the map. You also have the ability to drop in supplies and artillery, as well as scan abilities to spy on the enemies. This role is more about responsibility, but still good fun!

While there were previous versions, like Battlefield 1942, and later versions, Battlefield 2142, none seemed to compare to BF2. This game won a whole rake of awards in 2005, and almost instantly achieved classic status.

However, I would say one thing about the multiplayer aspect, which says more about humans than machines. People started to notice these games worked perfectly, until you introduce humans into the equation. One of the most unfair things, is when teams travel in packs, i.e., one team would hog all the tanks on the map, and literally hunt people down. Ironically, this is still prevalent to this day, is there any friendly killing in a friendly match? Asshat!

I even still reminisce about certain times... Like that time, when I was in the tank, and held off an entire army. Or that time I was the sniper on top of the crane, with no grenades left, and down to my trusty silenced sidearm. These memories may unfortunately be a little geeky, but still hold a fondness I just can't explain. Still, I know there are many out there that know what I mean, and will nod silently in agreement.

And that was the whole premise. No storyline, no characters. Just the sheer enjoyment of talking to other BF2 members and starting your sentences with, "One time... " then exaggerating the story a little bit. And for these Multiplayer games, that's where the enjoyment lies, in the ability to point out certain things and say, "Did you see what I just did? That was cool!"
James

As always, if you can increase any of the above hardware, you will improve your overall gameplay experience.

FIREWALL
The use of a software firewall on the server is not recommended, as it can adversely affect server performance and the overall gameplay experience.
Review Page Hits: 0 today (518 total)
mediahook