The Battlefield franchise goes from a serious game, to a more relaxed, comedic game. 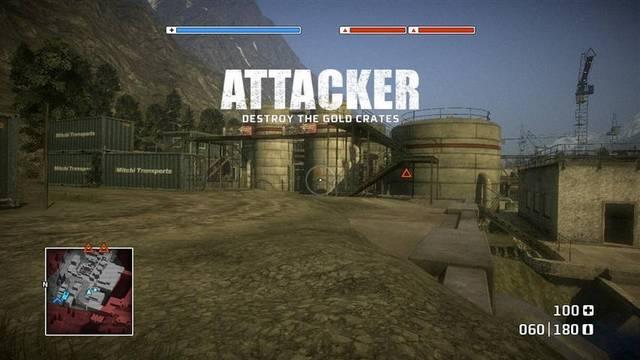 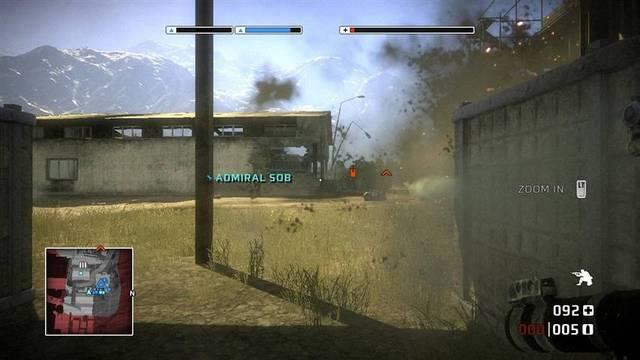 You have been sent to B Company for a serious offense, now the US suspects that this Country your in has nuclear weapons and your sent to stop them from using them. Sounds familiar, right?

B Company, or Bad Company, is the company they send the soldiers who, well couldn't quite make it in regular Companies. I guess you could say this is the Company of misfits that also has the highest rate of death of any of the companies of the Army.

I will do my best to give you a description of the characters.

Sarge- Sarge is the first soldier to be transferred to B Company by his own request. He was promised that his tour would be shortened to a few weeks if he took control of the Company and keep them from getting themselves killed.

Haggard - Haggard is the demolitions expert who loves to blow stuff up. He is the typical redneck who loves beer and beef jerky. His one liners are often cheesy but they will get a laugh. He was transferred to B Company for placing Claymores in the officer's latrine and blowing it up.

Sweetwater - Sweetwater is the technology guy, he loves everything tech. He joined the Army so he could get a scholarship to college, but he soon found out that he isn't the greatest soldier and got put into B Company for that reason.

Preston Marlowe (your character) - Preston comes from a long line of soldiers, his grandfather fought in WWII and his dad was in Vietnam. He couldn't wait to join the Army, but after he was shipped out he found it to be boring just sitting there waiting for orders. He decided to take a chopper for a spin and well....let's just say he ended up in B Company.

There isn't much of a learning curve if you played Battlefield 2: Modern Combat on the 360. If you complete the tutorial mission at the beginning of the game will get you acquainted with the controls pretty fast. Multiplayer could have a steep learning curve if your new to online gameplay with lots of different weapons and items to get familiar with. It will probably take a match or two before you get the controls down pat in multiplayer.

The graphics at first don't strike you as next gen until you play for a while and notice the amount of detail they put into it. I've uploaded some screenshots that I took myself in-game to show you exactly what it looks like.

The sound is amazing in this game. The gunfire, explosions, and enemy chatter really immerses you into the game. The sound in this game is probably the best I have heard for a war game. Lots of details and explosions!

Single player mode is that of a typical Battlefield game, though not really where the game shines, it is an improvement over previous Battlefield games. There's a good story and enjoyable characters, but some of the levels are very linear and, quite frankly, boring.

Mulitplayer is where BF:BC shines. With the addition of destructible environments brings a whole new gameplay and strategy to the Battlefield Series. No more camping! Every building can be blown up, although not completely, it still makes it near impossible to camp. The only real gripe I have about the multiplayer is that there's no option to go prone! Crouch only! This gets frustrating at times.

The highest possible rank you can achieve is 25, which is done pretty easily. Unlocking weapons occurs every two ranks. There are many unlockables, five of which are unlocked at rank 25, 5 of the others are unlocked through the Find All Five (more on this later). The hit detection is a bit off, it could be due to lag or just a code issue within the game. I have done tests with friends to back this up. You can aim at the center of the chest and only 2/3 shots register a hit. Also the lag can be pretty bad in some matches causing your player to keep moving after only a slight bump of the analog stick and players dying 2-3 seconds after you finish shooting at them.

There are also some glitches such as "The Random Death Glitch" You will be running or just standing and all of a sudden the screen will go black and you will die, either it will say you committed suicide or it won't say anything at all. There is also the knife glitch which I have found out first hand. I was in the second story of a building and an enemy was below me and I was suddenly knifed from the first story by him. There are some more glitches but these are the main ones that you will most likely encounter when playing.

The only multiplayer game mode the game ships with is Gold Rush. In this mode you have the attackers, whose goal is to destroy the gold crates, and the defenders, who protect the crates. You play each map twice, once as attacker and once as defender. Conquest, which is the game mode that has been in every Battlefield game is supposed to be released soon, but they have not set a release date as of yet.

Find all five is pretty much a mess with EA's website. Find all five is a unique way to earn 5 unlockable weapons (which can ONLY be unlocked this way) FaF consists of the following.

1. Preorder the game (which it's too late now) for the special Sniper rifle code.
-Many people reported that they were given the Light Machine Gun code instead

2. Sign up for the newsletter and receive the Light Machine Gun code
-Many people reported very long wait times for the emails.

3. Gain Veteran status which means link one or more of the previous Battlefield games
-Many people have said that they can not link their gamertag to their EA master account. (which is probably user error, or they have had their gamertag linked to another account)

4. Reach the highest rank (4) in the demo and receive the Uzi.
-You can still achieve this, but it is kind of hard.

5. Check your stats online to unlock a semi-auto shotgun

Battlefield: Bad Company even with it's flaws is still a great, addictive game. It will provide hours of play and has great multiplayer replay value. I would suggest getting this game, but not until Conquest mode is released. This will give you the best opportunity to enjoy the game.
Review Page Hits: 2 today (304 total)
mediahook