The Bigs for Nintendo Wii is the first baseball game using the Wiimote, other than Wii Sports Baseball. 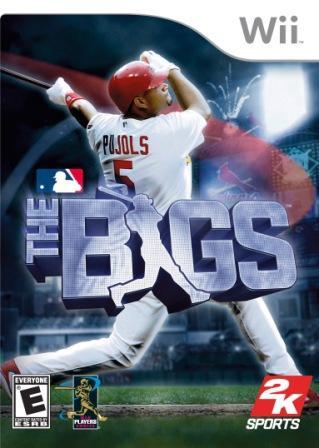 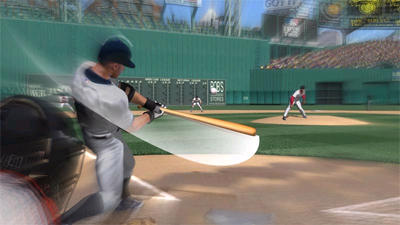 Use of Wiimote : The Bigs uses the wiimote in a non unique way, but thats in a good way. For example, you swing to bat, swing to pitch, keypad to run the bases, nun chuck to run, etc. It makes great use of the remote, and brings gaming to its full advantage, especially for baseball.

Online Play : People at IGN and in Whitecastle/2k hyped The Bigs' online play so much, but yet there is no online feature for it, which was a HUGE letdown. Hopefully in the next baseball game. . .well, we can hope

Franchise : Unlike every other single baseball game in the world, this game does not have a franchise mode! I could not believe this when I bought the game, and I was ticked. The only modes this game really has are Exhibition and Rookie Challenge.

Create a player : Creating a player on The Bigs is a little confusing. You use the 1 and 2 buttons to switch options. The keyboard is very confusing, but you get used to it. You can pick a ditty (song) for your player for when they come up to bat. If you make a player and then do a Rookie Challenge, you have to make another player. When you finish, you can sign your player to a team.

Other important information : This game is the best baseball game that uses the Wiimote. It's different from other games because it's so realistic, unlike other games for Nintendo systems, like the Gamecube. Your pitchers get ejected, fight, etc. Pitching is a thing to get used to, but you get good once you learn how. The sounds are great, like the crack of the bat when you hit the ball and the hilarious commentary. It has a great, up-to-date roster, and you want to keep playing it over and over. Fielding is fun because your players can collide, you can jump at wall to make catches, you can dive, and just overall fielding is fun. You can make amazing double plays (ball goes to second, he tags, flips over the other player thats sliding into second and throws to first).

Last thoughts : Overall, this game is a success for the first Wii baseball game, other than Wii Sports baseball. If your a baseball fan and have a Wii, I highly recommend this game.
Review Page Hits: 1 today (151 total)
mediahook