Was it worth the wait for PS3 owners? 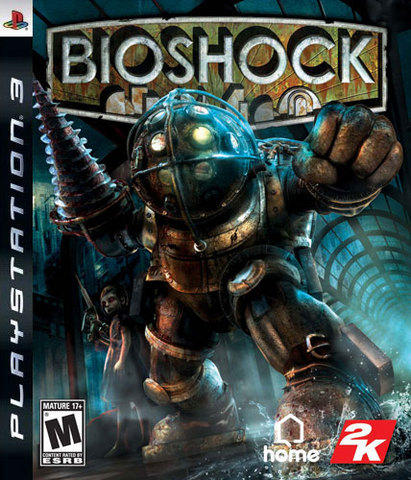 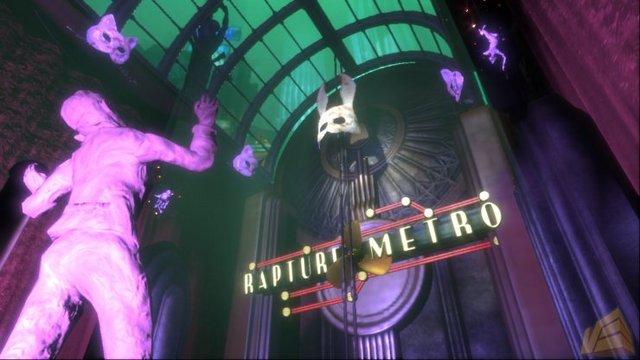 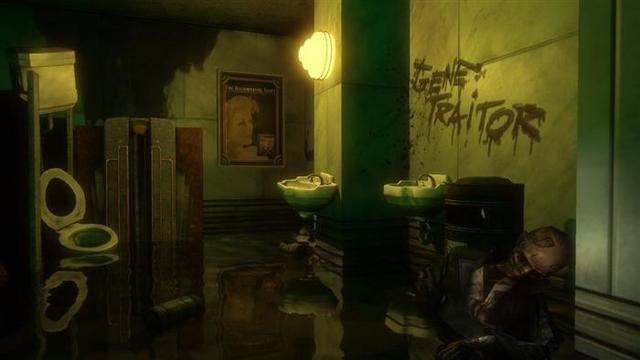 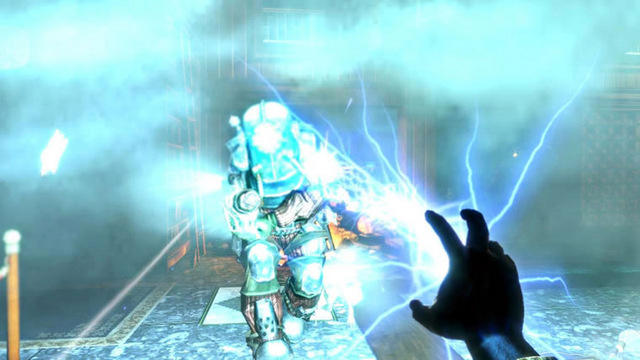 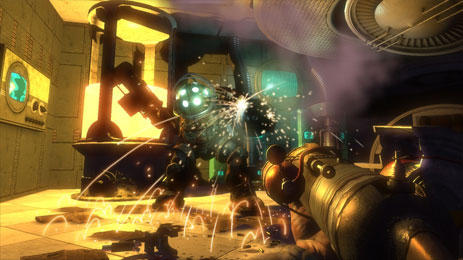 As a somewhat frugal gamer, I did a ton of research and waited for all of the next gen systems to have at least a year under their belt. After much deliberation and internal arguments, I went with the PS3. You may think this is a bizarre way to start a review, but here is why it is/was relevant. When deciding what system to purchase, I desperately wanted to play Bioshock. I love FPS games, read all of the positive things about it, stared at screenshots and ended up fascinated by it. My PC couldn't handle it and I only had enough money for one system. As bad as I wanted to play it, I went with the PS3 and just hoped that I'd be able to get my hands on Bioshock one way or another. Well, my patience paid off. Roughly a year after the game was released to rave reviews on the X-Box 360 and PC, PS3 owners finally got their hands on one of gaming's recent marvels.

Bioshock is one of the most creative, innovative games that I have ever had the pleasure of playing. The world that is created is original in its design and inhabitants. There is nothing here that has been seen in a video game before.

The game starts with your character on a plane. He looks at a present he has wrapped for someone else and gives a quick one liner. Then, BAM!, the plane goes down and it looks like you are the only survivor. You swim through the sea while your plane continues to sink and you come across a strange tower. Enter the tower and you find a strange vessel which you enter, pull the lever and welcome to Rapture. The initial trip into Rapture is incredible. Your vessel has a great view of this underwater city. The architecture is straight out of the Art Deco area with large buildings and impressive statues. Once you "land" you immediately get contacted by Atlas, via a radio located in your vessel. He fills you in on what's happening. Rapture is an underwater city that was created by the "great" Andrew Ryan to be a Utopian city where people could get away from God and Government. Unfortunately, things didn't turnout like Ryan wanted and the city has gone to hell in a hand basket.

While hearing the background story from Atlas, you are greeted by your most common enemy in Rapture, a Splicer. Splicers exist due to another important element of the story, gene modification through various "Plasmids" and Tonics. Shortly after entering Rapture and beating down your first Splicer with a wrench, you come across your first Plasmid. This is a fluid injected into your arm that gives you various powers - powers that are supernatural in their origin. The first plasmid you get lets you shoot electricity out of your hand to stun a Splicer or even to kill them if they are standing in water. Plasmids take the use of EVE which is the substance that you shot into your arm earlier. The more of the Plasmid you use, the more EVE it will drain. Of course more EVE can be picked up and purchased throughout the various stores and sites located within Rapture.

Initially I had an issue with how this game started out. Why would I climb into a tower in the middle of the sea and then go into a strange vessel randomly pulling on levers? Why, once I got to this underwater city, would I start to beat human beings down with a wrench and then inject strange fluids into my body? Why would I continue to listen to this Atlas fellow and do whatever he tells me? I honestly found all of the motivation behind my character to be questionable at best and it almost ruined the excellent game play for me. It just didn't make sense that anyone would do what I was doing, even in a video game. Thankfully I looked past that and played through. About 2/3rd's of the way through the game there is a huge plot twist (one I did not see coming) that explains everything and does it in a very convincing manner. This is one of the rare video games that I have played where I genuinely loved the story. It seems crazy for a big part of the game, but once the twist hits it all makes sense and makes the game that much better.

And honestly, the least amount of info you know about the plot going in, the better. That's why I am not going to ruin it here. The majority of the plot moves forward via two main characters: Atlas and Mrs. Tennenbaum. Atlas needs you to save his family and Tennenbaum needs you to help with the "Little Sisters". Each character gives you directives throughout the game and help to move your character forward. "Little Sisters" are an important part of the game. The "Little Sisters" are little girls who seem possessed, with fiery orange eyes. They travel throughout vents located in Rapture collecting "ADAM" from various corpses littered around Rapture. ADAM is the only substance that you get to use to further your genetic modification if you so choose and the only way to deal with "Little Sisters" is to go through their "Big Daddies". "Big Daddies" are huge bodyguards who travel with the Sisters to protect them from the Splicers. Every one wants to get his or her hands on ADAM as it is the substance that improves their strength and abilities. You could leave the Sisters alone if you wanted, but leaving precious ADAM behind will make the game a lot harder. So that means you have to deal with the Big Daddies. These are some of the most fun battles in the game as the Daddies are tough opponents. They have a lot of health, strong weapons, and are not affected by Plasmids the same way Splicers are.

Thankfully, the game makes sure you are prepared to fight the Daddies with a nice arsenal of weapons. Your first weapon, as mentioned earlier, is the Wrench. From there you will pick up a handgun, shotgun, grenade launcher, crossbow, chemical thrower and so on and so forth. The wrench actually was the weapon of choice against common enemies. After purchasing certain gene tonics (these are used just like Plasmids in that you get a certain amount of slots to add them, there are Engineering, Combat and Physical tonics) the wrench becomes a quick, powerful weapon against the more common enemies and helps to conserve ammo. Another "weapon" you get is the Research Camera. This Camera has the ability to take photos and get random genetic and scientific info from the subject of each photograph. This helps to add to your research level which will add damage enhancers against certain enemies and even gives you plasmids and gene tonics here and there. When taking photos of security cameras, bots, and turrets you get damage enhancements, but once you "max out" your research you can automatically hack this items. Hacking is one of the last random tasks of the game. Hacking is something that can be avoided, but it's a very useful thing throughout the game. When you disable a turret or bot you run up to it and select "hack". This opens a mini-game that is a puzzle. The puzzle contains tubes that carry fluid from the starting point to the end point. The tubes carrying this fluid are not in order, thus you have to move them to complete the hack. Once done cameras, turrets and security bots will help against all of your enemies. When hacking stores and and the invention stations (you can "invent" items out of random picked up objects instead of purchasing them) you are able to buy or invent with less money/items than typically needed.

So there you have it, Bioshock. It came to the PS3 a year late, but was it ever worth it. As you see above the game has a ton of things to do besides advancing through a story. You can upgrade weapons, plasmids and gene tonics. You can research and hack everything around you. The world is so creative it will make you stop and look around. The controls so tight they are never a problem. Really the only issue here, like a lot of single player games, is that there isn't much reason to play twice. The game only takes 6 to 8 hours to complete and you can get the vast majority of trophies through one play through. Of course to get 100% of the trophies you would need to play through twice. Other than there, there isn't much reason to go back. But that doesn't mean its not worth playing, it defiantly is. Go out and rent it at the very least and get ready for one of the best video games you might ever play.
Review Page Hits: 0 today (97 total)
mediahook