Released in Nov 2003, this game has survived the test of time. Being from the good stock of the Broken Sword series, it was almost a sure thing, but the 3D view and bad controls nearly ruined it all! 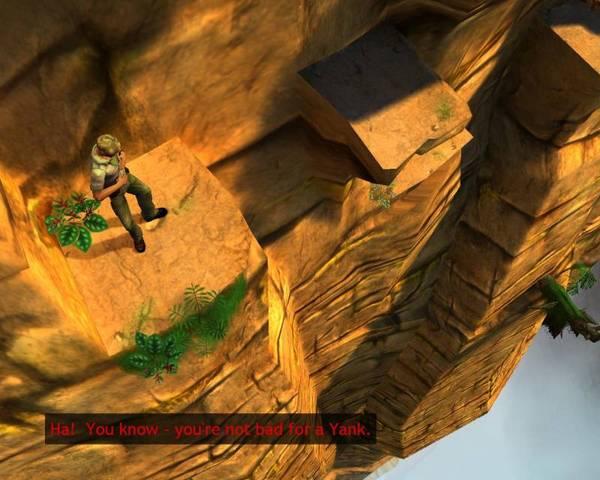 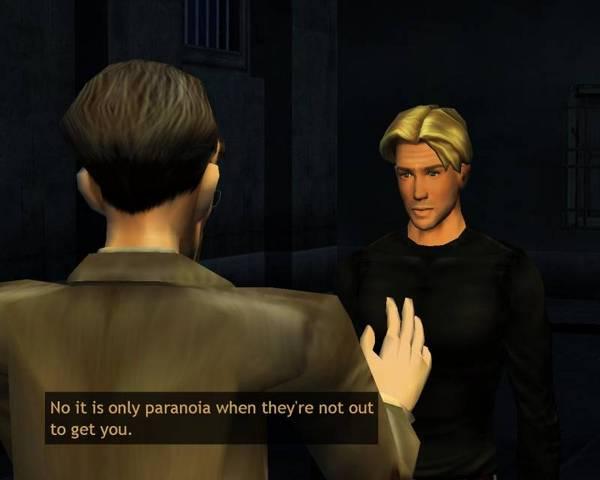 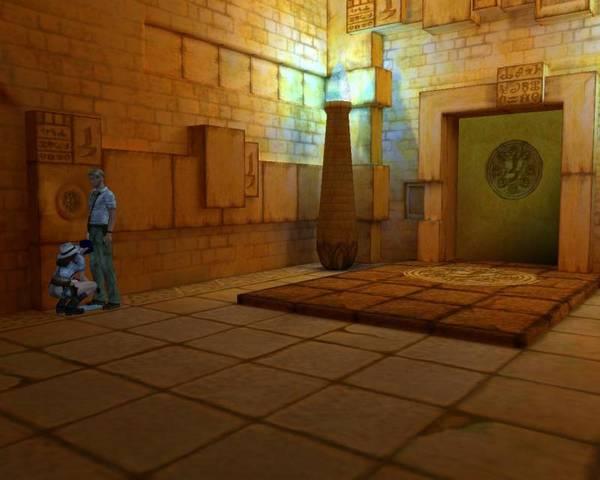 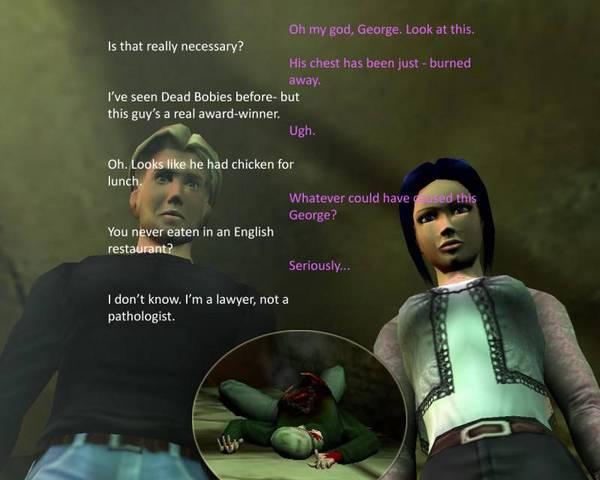 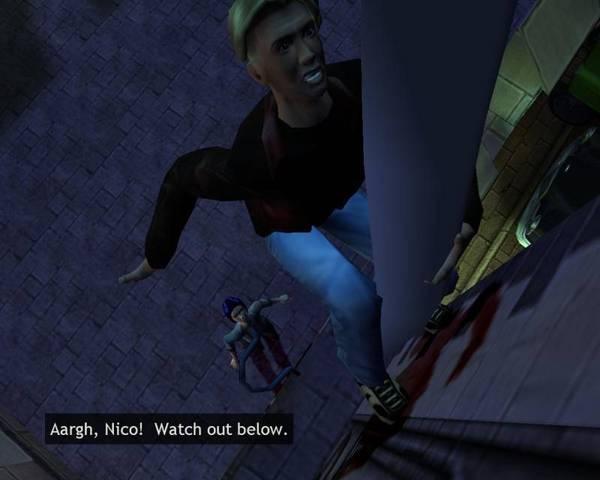 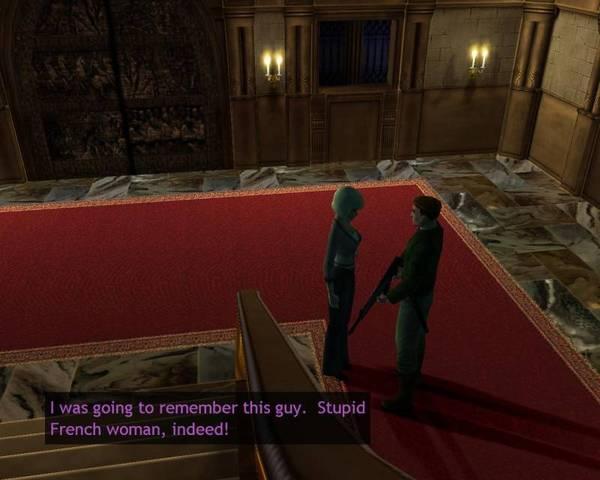 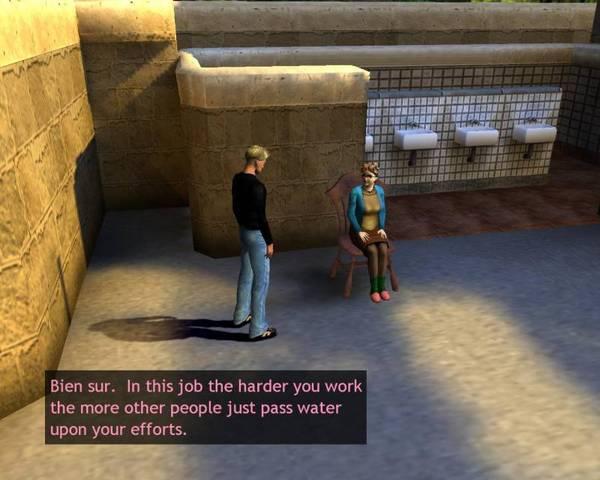 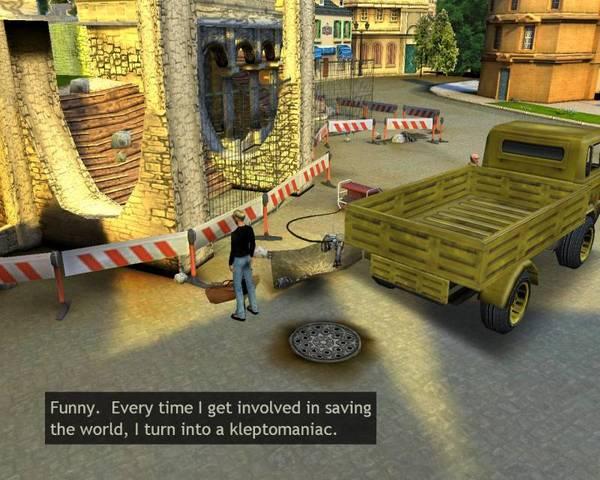 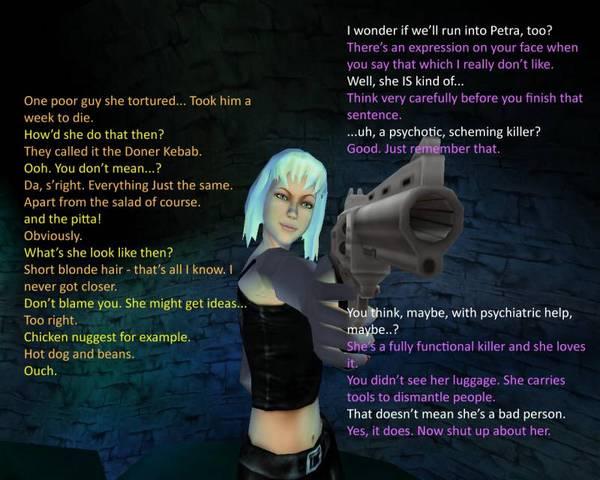 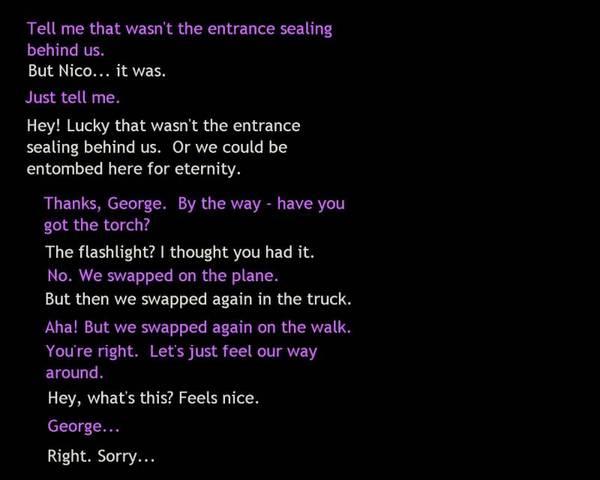 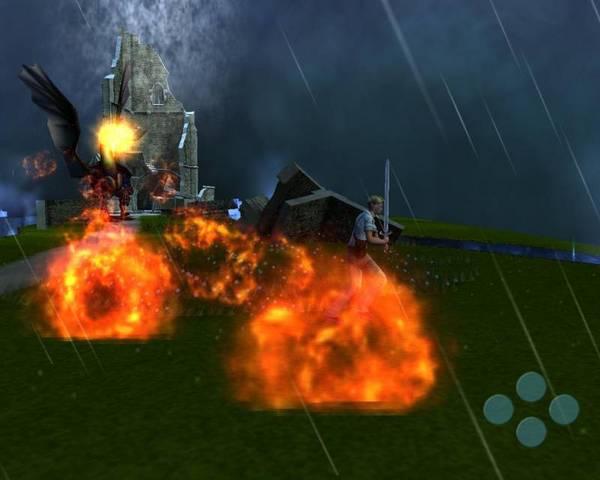 Me, I am just a little bored of FPS, only a little! When did PC's become defined by the next Headshot Extravaganzas? Where are all the games that flex the grey matter? The ones that would drawn you in with a story and pull out some deep emotion you'd loss touch with? Some of the past games will so fill your heart, ones we might over look, because we automatically assume it can be done better now.

The truth is, FPS are easier to make! The truth is that we have become lazy! With the advent of the online shooter, and broadband that can download a Megabyte in a second. The truth is that we are bone idle thrill seekers, with the attention span of ... what was I saying? Developers don't invent stories, and at times don't even invent AI's, these days you're given an idea. "Left 4 Dead" for example, just an idea: survive the wave of zombies. Don't get me wrong, Left 4 Dead is fantastic, but when an ice-cream manufacturer makes "exciting chocolate", plain old vanilla becomes mighty tempting after awhile.

This is why I am playing Broken Sword 3 at the moment; yes I am sick of chocolate. That's not to say that this, vanilla cone, is the most exquisite of all frozen treat pleasures. In fact, there are several flaws, and after 5 minutes of playing, you get to taste them all! First, there is no mouse action; it's all keyboard play. During the trickier moments, and camera angle changes, it can be awkward, cumbersome and, at times, downright infuriating. However, after some practice, for the most part it is manageable, even though my mouse is quietly shivering in the corner, wondering why he hasn't had any attention in a while.

But it's the small action sequences that will annoy you the most: the bit where you rely on the hope that your mash of buttons were interpreted at the crucial moment. Of course, it doesn't always pull through for you, and while it's a highly annoying moment, it's a moment that is not constantly difficult. Leading to another negative, there is no skip button for the dialogue cut-scenes. There are some moments it would have been handy, but of course, you die and have to relive the whole cut-scene again. But this is a small gripe.


The awkward camera angles and the sudden jumps to a different ones can also be disorienting. This movie style effect, like the original Alone in the Dark, adds drama, but for me, can ruin a game. And of course, this means a control change according to the direction of the character. This is awkward when forward is no longer the up key, and all because you turned a corner. If there is an energetic scene, perhaps running away from someone, you might want to invest in a stress ball, as this moment in time will require a cool head.

The first in the series to go 3D, and for me adds nothing, but I have to be honest and say it doesn't spoil it either. I am unsure as to why they did this, and while I'd much prefer to play in the old cartoon style with the mouse, I can't say it completely annoyed me. One thing I will say, there are moments, especially the climbing and traversing parts, which it feels very much like a simplified tomb raider.

The story is beautifully constructed and, as always, very humorous throughout. Nico (A French Femme d'Fatile) and George (The Brash American), make an inviting and playful couple. You can't help but love these two and their explosive chemistry. All the way though, you are wishing they will end up together. But hold you horses, as this is rated under 18, so don't expect anything to raunchy, or should I say risqué?

However, it is the dialogue that will keep you glued. The banter and many quips make this an endearing game. I want to spoil the story, to share these treasured moments, and to a certain point, I have. I am sorry! But hopefully you will play it and find the other many gold coins, rubies, and trinkets that make this game a treasure. And to be honest, I envy you, for what a joy you have yet to discover.

The system specifications are light, and may have some legacy problems, as it runs on DirectX 8.1. The problem I had was with my X-Fi sound card. If you are getting graphic problems, Google it and you'll normally find the solution, which applies to most games these days. However, beside the major hurdle that is the X-Fi problem, which causes the whole game to crash. On the whole, most operating systems today should still be able to play the game. Still, this game will offer many a good time, and should not be passed by because it feels dated.

All the way through, I was happily amused, and enjoyed every moment of this lovingly crafted game. Yes it's a little dated now, and yes there are some serious flaws in the control systems. But to be honest, what is lost there is recovered tenfold by the puzzles, game quality, and the story. When someone puts real effort into a game, you end up appreciating it and enjoying it so much more.
James