A WWII epic (which isn't exactly a new game idea) with a cool, new spin on it. There are also great graphics, amazing audio, and a moving storyline. If you are a fan of realistic war FPS games, then this game is simply a must-own. 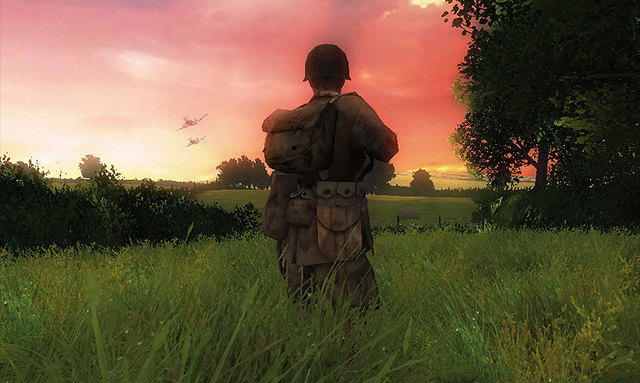 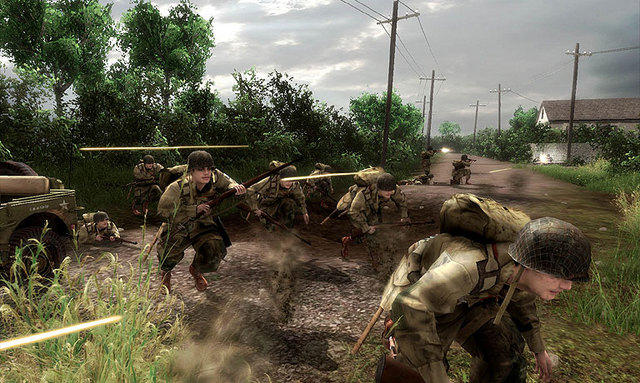 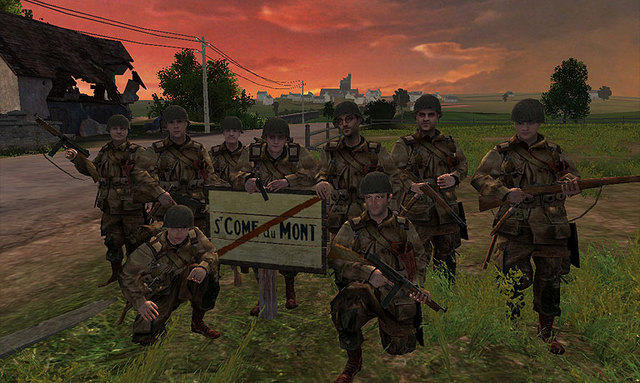 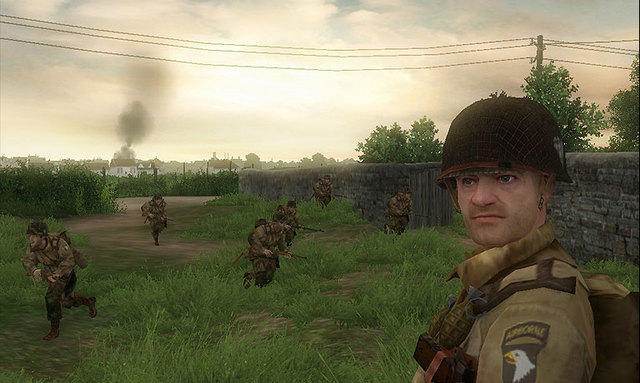 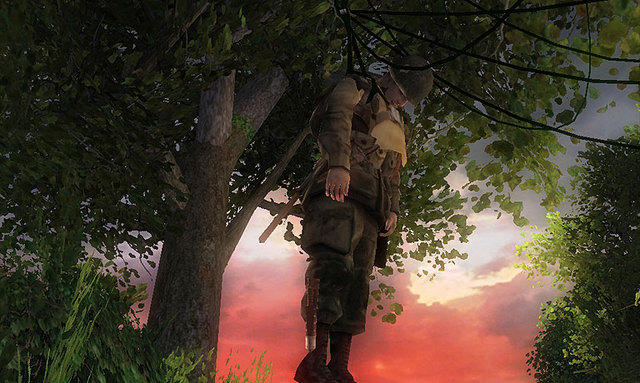 To me, this game has totally revamped the WWII genre of games. Forget the one-man-army of Medal of Honor or the shoddy teammate AI of Call of Duty, because Brothers in Arms recreates Normandy, France into something not done by this part of the genre before: squad combat.

Using an intuitive and easy to use system, you will be able to give your two squads (or troops and, sometimes, tanks) a variety of orders. Basically, one squad will be your suppression team, and the other will be the assault team. The game developers could have left it there, letting you "puzzle solve" each situation by simple suppressing then flanking by a predetermined route.

Instead, the enemy AI is so advanced that they will be trying to flank you the entire time! I was killed quite often in the beginning by charging with my assault team, only to find the enemy was no longer at where I was suppressing; they had fallen back to better cover!

From a graphical standpoint, the game shows off some very impressive visuals. From effects such as teammates' eyes following you as you walk by them to the giant and impressive-looking European villages you traverse through, the game's visuals look amazing. There is rarely any clipping, and the framerate slows down on only a few levels during the most intense combat segments.

The sound in the game is also spot on. The sound of bullets whizzing my your head and grenades blowing chunks of earth up around you is downright amazing. I nearly peed myself the first time an MG42 Machine Gun opened up on me. It's loud!

While I am talking about sound, I should mention the fact that the voice acting is simply superb. There are a few corny lines here and there, but most of the dialogue is extremely well delivered and timed. On a side note, if you do not like to hear a curse word every time you come under fire, stay away from the game or mute it.

The story is not too bad either, and is loosely based on true events. It follows your squad across a good number of missions on the road to Hill 30, the "final" stand of the Nazi's in Normandy. The game actually begins here, and a certain event triggers your character's memory into a few days earlier, when he parachuted in over France.

The missions of the game span eight days (D-Day and onward), and have the player doing a variety of things (such as clearing out a farm of Germans to sweeping through a forest with a tank). The combat system keeps the levels fresh every time you play them.

One level, which stands out in particular, has the player and his squad running across an open field to a farm in a massive charge. You are running straight at three MG42 positions with bullets screaming around your head. The rush you get as a player from this is pretty amazing.

What keeps the game going long after the battle on Hill 30, however, is the multiplayer. Four people are allowed in a game on the Xbox, with each character controlling one, and sometimes two squads, on a fairly large battlefield. This kind of squad combat is far superior to the single player story.

This game was full of great "first moments" for me. From the first time I charged with my assault team across a wide open field into a barnhouse, to the first time I battled my way through a small town against two German squads (which took me a half an hour to beat without dying), to the first battle online, this game was GREAT. I can't remember the last time a WWII game got my so excited, and maybe will never get me as excited again. This game is simply a must own.
Review Page Hits: 0 today (89 total)
mediahook