While Burnout Dominator could have been much more, it serves as nothing but a filler game to hold fans off until Burnout 5 arrives. 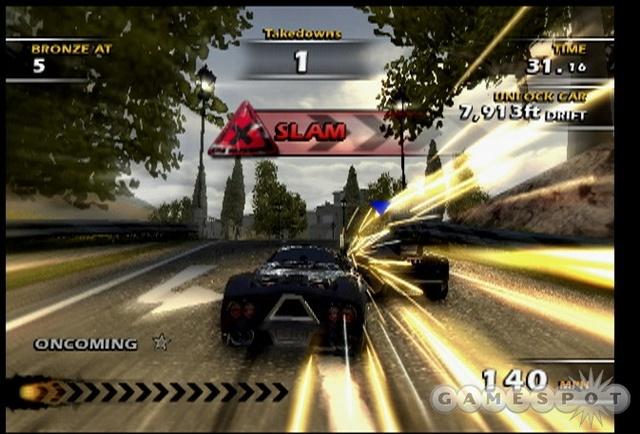 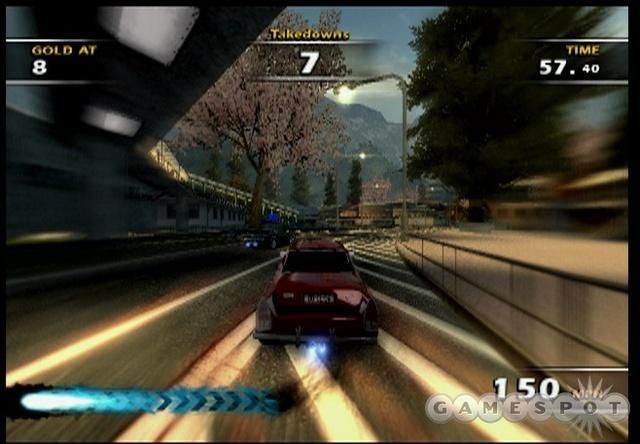 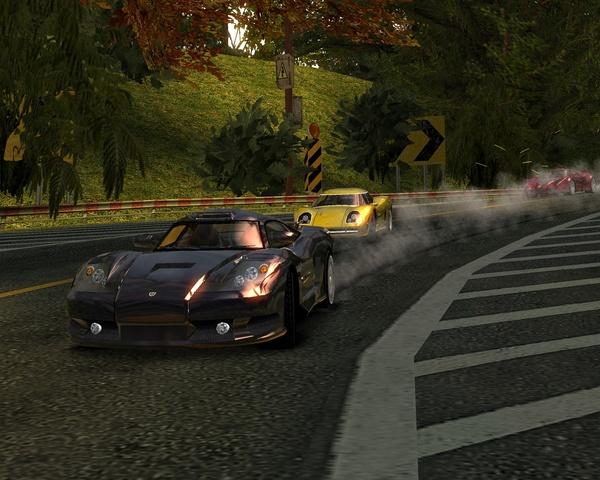 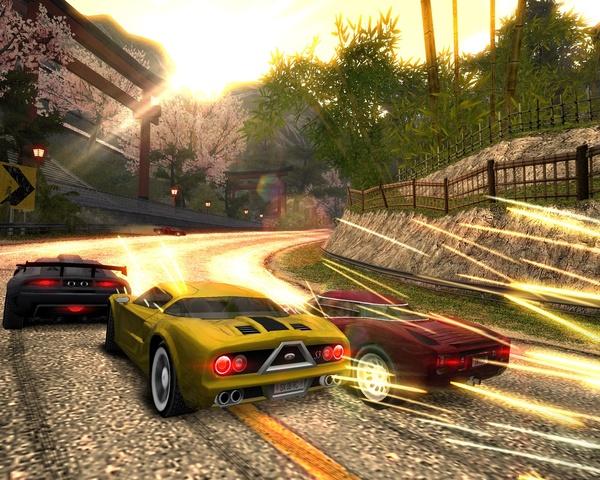 The Burnout series has always been known for its fast-paced style of cataclysmic racing, a brand that lets players drive recklessly for unique advantages. In the past titles, players had the chance to try many new things, providing a nice change of pace for the series. While Dominator gets rid of many of the new ideas implemented in the past few titles, it still holds true to the Burnout formula and fans of the series will no doubt have a good time playing while waiting for the next Burnout to arrive.

Unlike past titles, Burnout Dominator focuses more on survival rather than reckless driving. The key tactics to note in Dominator are that avoiding traffic and not hitting any barriers are the keys to success. This may sound like a letdown considering all the frantic action of the past Burnout games, but it works quite well under the circumstances. Such key additions like traffic checking (which allows players to hit cars from behind and send them hurling forward) and revenge takedowns are gone from Dominator; instead, players must now learn how to properly take advantage of their surroundings as well as their overall boost meter. With the lack of those features, players can now use something much more beneficial to their standings in the race. Going back to the series' roots, Burnout chains have been added to supply racers with moments of unlimited boost--if they happen to know how to work it properly.

The Burnout chains work as sort of a combo system in which players must use stylized reckless tactics to gain boost. Filling the boost meter can eventually earn a supercharge, allowing players to use and regain boost at the same time. What makes Burnout chains so crucial to racing is that they can be used consecutively with one another, allowing some racers to get nearly one minute of boost without any slowdowns. You must first obtain a supercharged boost and then hold down the boost button until it runs out in order to achieve such intensity. Considering you perform special reckless maneuvers while boosting, you will refill your boost meter immediately, allowing you to perform another Burnout right after the previous one finishes. This new addition allows a chance for players to spend more time focusing on racing rather than causing complete destruction.

But herein lies the problem with the Burnout chains. Because Dominator lacks traffic checking, it is extremely hard to see oncoming traffic while traveling at an increasingly fast speed. One small tap on the back on any car can turn you into a pile of metal on the road. This happens quite often throughout the game, and while some races allow you to easily rack up Burnout chains, don't expect to rely too heavily on them as Burnout still has that annoying rubber band AI. That said, no matter how much you use boost, or how much you destroy, the enemy they will always end up being neck and neck with you during the entire race.

But besides racing there is still a plethora of other events you can participate in to whet your reckless driving appetite. Added to the mix this time is a maniac mode, which is nothing more than rewarding you for driving dangerously. It usually means swerving on the wrong side of the road or closely shaving off oncoming cars. While many of the previous modes have returned, the lack of any Crash mode is a huge letdown considering it was one of the best modes from all of the previous titles. Fans that enjoyed the destruction simulator will have to wait till Burnout 5 to damage some steel.

Burnout Dominator is only for the PS2 and PSP, so naturally the game looks average enough on both systems, despite some minor graphical flaws. All of the car models lack variety, making vehicle choices based on style a very demanding chore. Many of the cars appear to have blocky textures and move in an almost box-like pattern. Loading times for the game seem out of place as well, forcing players to save their progress after every event. These loading times usually take anywhere from 30 seconds to a couple of minutes and in a game that features a high octane sense of speed, waiting to play will quickly make you lose interest.

Another thing that has to be mentioned, probably in an effort to warn off potential players, is how annoying Dominator's soundtrack is. While many of the songs fit the overall sense of high-speed racing, such as rocking to the sounds of kill.switch engage, Alice in Chains, or Jane's Addiction, racing at super fast speeds. Hearing Avril Lavigne, however, simply does not fit the formula well. EA has always been good at picking the right songs for their games to give players a realistic and worthwhile experience, but if Avril Lavigne shows up in any future games there are going to be serious repercussions. Since the game is for both Sony consoles, don't expect any redeeming type of online play either. The PSP can support local play with up to six players, but the lag gets so incredibly bad at some points it is nearly impossible to finish an entire game fluidly. PS2 owners will have to stick to split-screen play and no online support of any kind, which ruins the great leader board system the past games have spent so much time creating.

While Burnout Dominator could have been much more, it serves as nothing but a filler game to hold fans off until Burnout 5 arrives. The new modes do a good job of forcing players to think during every race, but the lack of popular modes and online play really hurt the overall value of the game. If you take Dominator for what it is, a solid arcade-racer, than you will have undoubtedly a lot more fun with it.
Review Page Hits: 0 today (326 total)
mediahook