Revenge racing comes alive on the Xbox 360! Sure it's another straight EA port, but this one is chock-full of extra goodies! 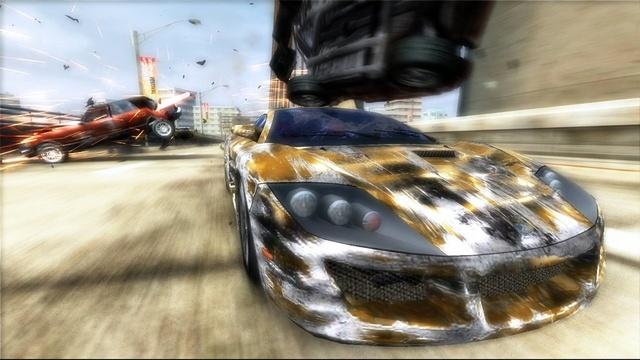 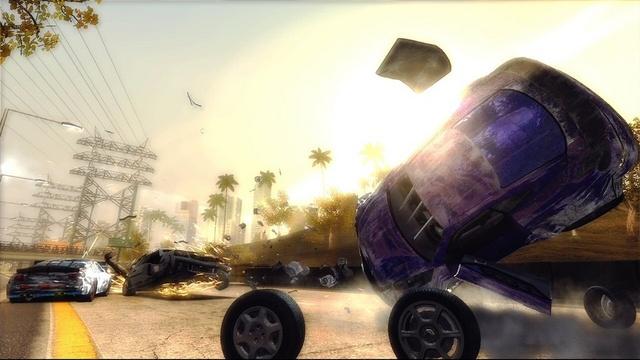 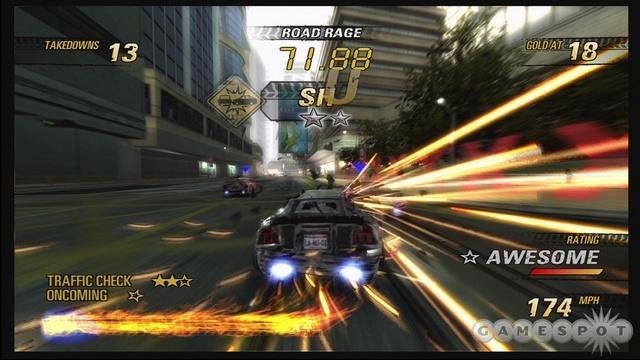 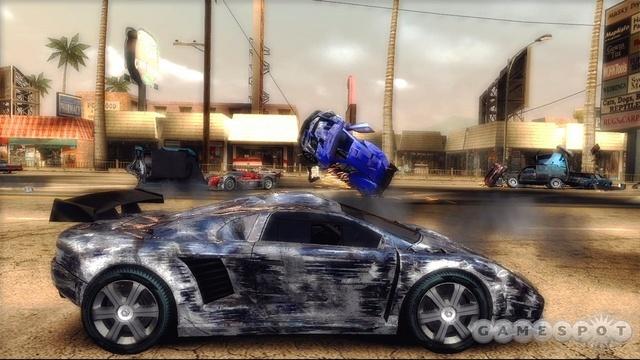 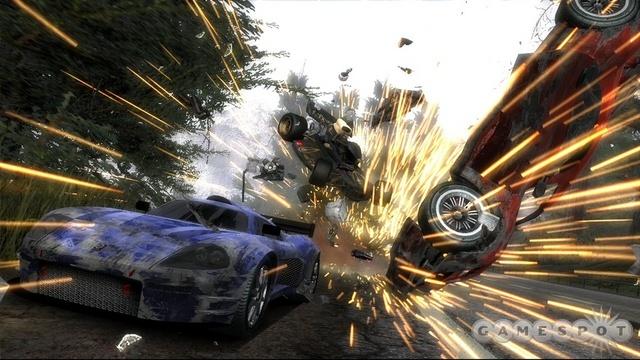 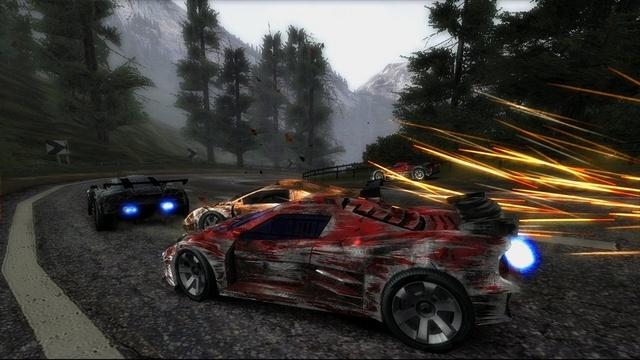 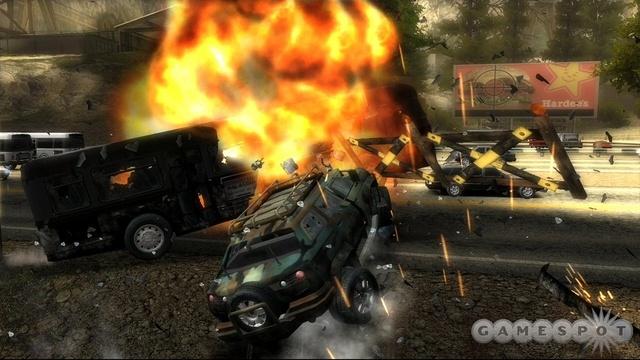 EA has released another version of the mega-hit racing game Burnout, this time on the Xbox 360 video game system. If you are new to the Burnout games, the game is all about speed, crashing, and fighting other racers. This version is no different: it's extremely fast and very fun.

GAMEPLAY- Burnout Revenge is a fast and vengeful racer. There are two basic modes of play, racing and crash events. The basic idea of the racing side is to drive at breakneck speeds, try to get first and destroy any of the other racers. In the crash modes, the idea is to cause the biggest pile-up possible, and in doing so also rack up the highest damage amount you can. If you haven't figured it out already, this game is extremely arcade-like, realism be damned. When you slam an opponent into the wall, they eventually come back for more. In the crash mode, after you start the wrecking ball, other cars forget how to use their brakes, and they fall into peril on the roadway.

CONTROLS- Responsive, thats the adjective that comes to mind. The game is very fast, and it would be a hard and frustrating game to play if the controls were laggy. Burnout utilizes the shoulder buttons to accelerate and to slow down, and the B button is used for a speed boost. After a wreck. The A button can be used to engage a mode called "aftertouch." This is a great idea, because after you have wrecked you can guide your car into either opponents or traffic, in order to cause a large accident. Also, when you have caused enough damage to fill your "crash breaker" gauge, you can smash the B button and cause your car to explode and cause even more damage and mayhem. The controls feel perfect for this game, they are mapped perfectly and never feel difficult or hard to use.

GRAPHICS- This game looks amazing. Cars are full of detail, windows and bodies reflect the world around them. The car models look so good that the first time you wreck them, you almost feel bad for damaging something so beautiful. Speaking of wrecks, they are a visceral attack on the eyes, in other words.....WHOA! Sheet metal flies everywhere, glass shatters and bounces off the pavement. Tires shred, pop, and sometimes become dislodged completely, and consequently roll down the road. Cars explode when impacted in certain areas, sending debris and flaming hunks of car guts everywhere. In the crash mode even the traffic you are determined to destroy crumple and react the same way your car does. When you throw your coupe into the back end of the 18 wheeler, logs or cargo boxes go flying into the air. Beautiful, plain and simple.

ONLINE- This is where the 360 version shines above the earlier editions that were previously released on other consoles. Here you can race others in traditional race modes, or road rage levels where your main goal is to wreck every member of the other team. Another mode available online, is the crash mode, where people come together and try to cause the largest wrecks possible in an online match. In the racing modes, the game tracks and displays a vast array of information about the other racers. Information such as who just wrecked, how much further they have to go to finish the race, or who has been eliminated. Another addition to the online arena is the new rival mode. Everytime you wreck someone you create a rivalry with this person, and over all the races you participate in with this guy, it tracks who is in the lead and how many times you have wrecked him or been wrecked by him. This gets intense when "RareWhiteTRASH" has wrecked you 5 times without you retaliating against him. Aside from the racing and wrecking, you can also share your media clips and replays that you have saved from your races online with the whole world. A nice top 20 clip board shows the greatest clips of the week, and you really want to get your videos up on that list.

OVERALL- This version is definitely the prettiest, and the most intense. Gone is the crummy slider-like minigame at the begining of the crash junctions, and the online mode has been substantially beefed up. If you have played it to death on other consoles, you could overlook this one. However, if you haven't experienced the amazing speed and intense crashes, get your copy today. A great addition to the growing Xbox 360 library.
Review Page Hits: 0 today (69 total)
mediahook