The best Xbox 360 launch game and an excellent shooter in its own right. 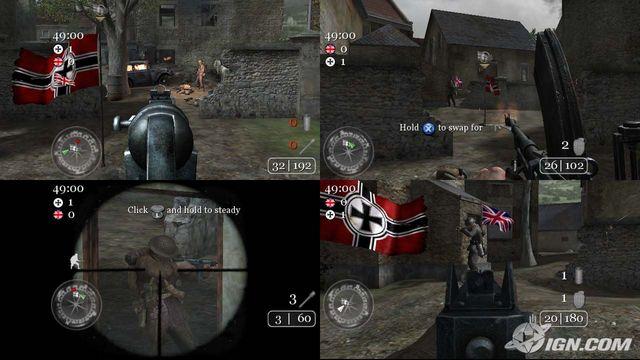 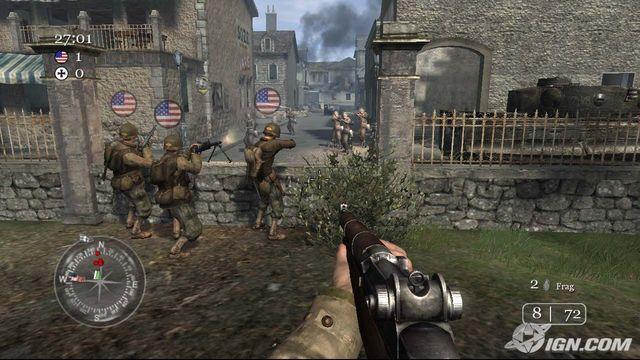 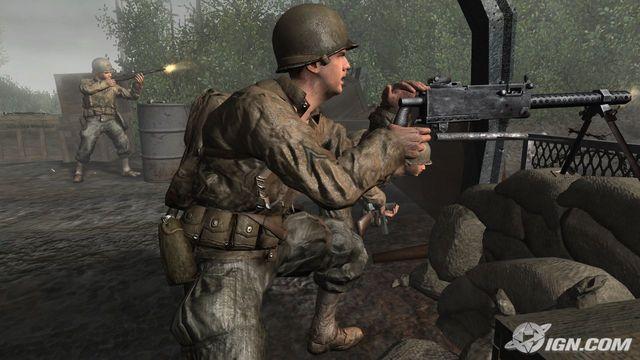 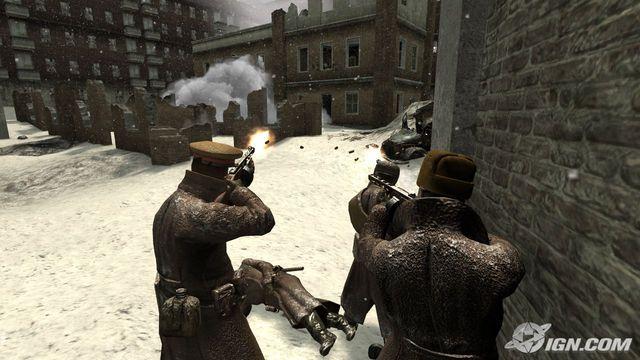 When I picked up my Xbox 360 after waiting for fourteen hours at a local Wal-Mart, one of the first games I reached for was Call of Duty 2. It had consistently received great marks from reviewers and I was a huge fan of the original game on the PC. Fortunately, the game lives up to expectations bestowed upon it by its distinguished predecessor.

The game play is largely the same as ever, which is definitely a good thing. The pacing, as in the original, is excellent. Missions usually shift nicely from offensive to defensive quests and there is not a boring moment in the whole game. Of course, dramatic moments are crucial to the WWII shooter genre, and CoD2 is no slouch when it comes to striking a chord with the player's heart. My personal favorite moment in the game came near the end when the Allied forces take over the Axis stronghold at Hill 400. When the music swells up at the end of that mission, and in several missions during the single-player campaign, that's what gaming is all about. Unfortunately, though there are twenty-seven levels, I blazed through the game in two days. I'm not a terribly skilled gamer, so anyone looking for an extremely lengthy single-player quest should probably look elsewhere. The fact that the multiplayer is a letdown doesn't help - its limited to eight-player games on overly large maps.

There are a few quirks when it comes to the game play that might annoy some people. Health is handled much as it was in Halo - it regenerates. In fact, there is no health meter. When the player is hit hard in a short time window, the screen turns red, forcing the player to seek cover if he wants to survive. I enjoyed this, but to some, it may seem unrealistic. I look at it this way, though - the game was already unrealistic. When have you heard of one man running into bunker after bunker shooting hundreds of Nazis without dying? Also, avoiding health packs is a nice plus, as it saves players from wasting time searching random houses for them.

As far as the learning curve goes, anyone that's played another first-person shooter at home will feel immediately at home. The only thing that hinders the ease-of-use in the game is the lack of the "peek" feature, which is available in the PC version. It doesn't seem like much, but it makes several instances throughout the campaign difficult to overcome.

The graphics are top-notch, and I can say without hesitation that they top the PC versions. I own both - me and my father enjoy the same types of games but have different preferences when it comes to hardware - and the 360 does a better job with dramatic lighting and keeping the frame rate up. Each of the featured guns is modeled excellently, and I was particularly impressed with the BAR, which looks much more detailed than in past WWII games. Character models are also impressive, and they animate very well, although at times they do seem a bit too metallic. The environments are the high point, as they are extremely varied - from wintry Russia to scorching Africa to rainy France - and accurately modeled.

The sound, too, is amazing. The game has an impressive soundtrack, which adds great dramatic flair at key moments, and the voice acting is mostly superb. Of course, I mean that only if you exclude the Russians, for whom the voices are laugh-out-loud hilarious. I've always believed games shouldn't translate other languages into English with an accent, but at least it's funny. The sound effects are great, and each weapon has a distinct sound.

Overall, Call of Duty 2 is the best Xbox 360 launch game and a must-own for anyone who enjoys great graphics or a great time - just don't ask to trade for my copy.
Review Page Hits: 0 today (79 total)
mediahook