By mixing a stellar, but short, single-player experience with one of the deepest FPS multiplayer experiences to date, Infinity Ward delivers one of the greatest first-person shooter games of all time in Call of Duty 4: Modern Warfare! 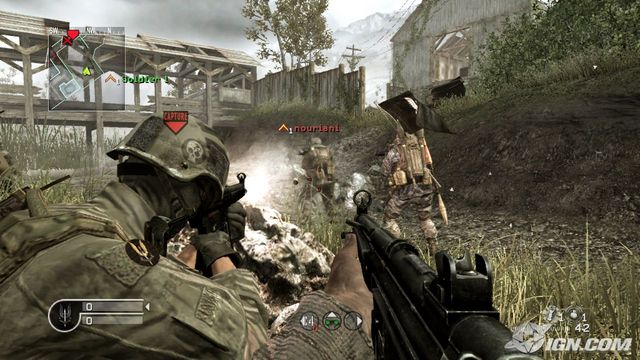 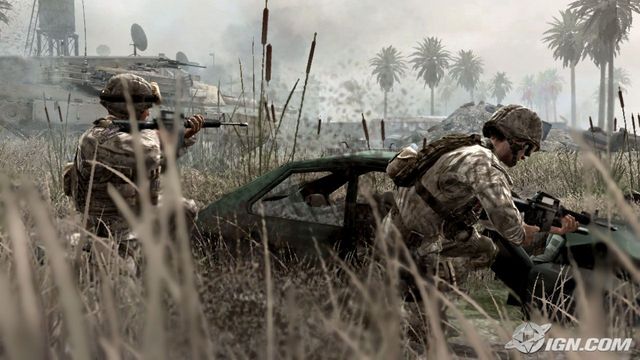 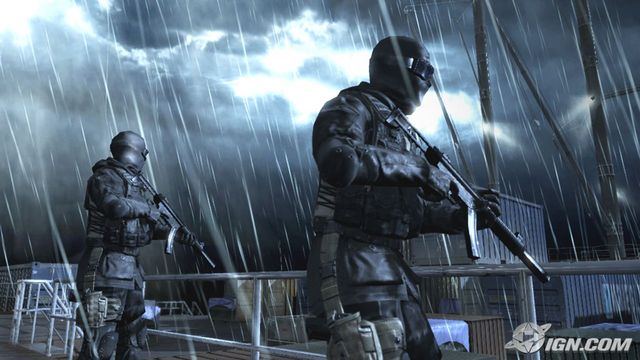 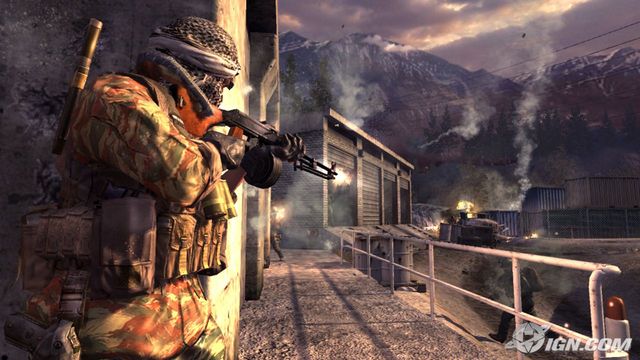 Call of Duty = World War II. That's how it had always been and I was tired of it. Having played Call of Duty 3 and not liking it at all I had woefully low expectations for the newly announced Call of Duty 4: Modern Warfare. And then the fateful day that the beta was release changed everything I perceived about first-person shooters.

Call of Duty 4: Modern Warfare was the breakout hit from 2007. So what exactly sets this game apart from a crowd flooded with tactical shooters?

First off, the game has always been very stable. The only time I think my game ever crashed was when my first Xbox 360 died on me in the middle of a multiplayer game. The only weak spot is the game automatically ending if the match's host quits.

Graphically the game is gorgeous. Not necessarily super high polygon counts, but running at a solid frame rate without a hick-up and overall well-designed maps and textures were enough eye candy to keep me hooked. The sound, while nothing particularly ground-breaking, fits the title very well. Gunshots, explosions, music to set the mood, it all works together very well.

The controls are very intuitive and work very well. Now, people will complain that it's not as good as PC controls but as far as console shooters go I've yet to find a better setup. I do wish that all Xbox 360 FPS games would adopt a similar controller layout.

The single-player game is pretty short, but it is excellent. The story is good, the action is a lot of fun, and the environments are great. But you will not spend much time with it. The multiplayer is where it's at and it's why you will play this game over and over.

The maps in this game are probably the best ones ever with all spawning points being very fair while never symmetrical. The weapons are well-balanced and you'll never feel outgunned, even as a new guy with basic equipment. Create-A-Class adds a cool new aspect that lets you tailor your weapons to your playing style. Infinity Ward introduces a few RPG elements into the shooting genre, an act that has since been copied several times. You earn points for winning games and killing enemies which level your character up and unlock new weapons and equipment. You can then tailor your loadouts for your play style as well as for individual maps.

The multiplayer offers several different modes of play, the most popular being traditional Deathmatch in both solo and team formats; Domination, a team based multi-point King of the Hill where you and your team attempt to hold certain key locations which in turn generate points; and Search and Destroy, a no-respawning objective game where one team attempts to destroy an objective that the other team attemps to defend. All of them play very well and certain gametypes will appeal to different people.

Overall the multiplayer experience is very addictive and fun to play. The sheer amount of replay value and the fact that nearly three years after its release it is still a blast to play speaks to how well designed this game is.

I have to stop myself, I want to give this an A+ rating for a game but I know that's my own bias towards it more than anything. Taking that out of the equation though the overall level of balance and refinement of Modern Warfare is on a level unheard of for a game when it was released, and still has yet to be matched today. While it shows its age next to the newer Modern Warfare 2 it still plays better and just oozes refinement when you play. I do not know if it will be possible to knock this out of the slot of "best tactical shooter ever" but I do hope some other games try it!
Review Page Hits: 0 today (565 total)
mediahook