Call of Duty is one of the best World War II titles to ever hit the market, PC or console. 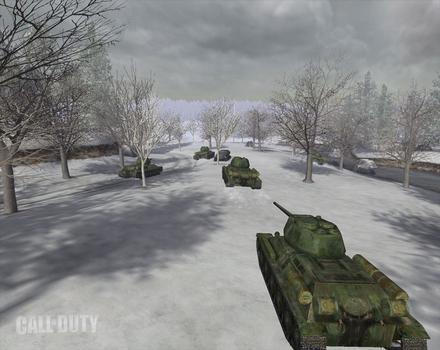 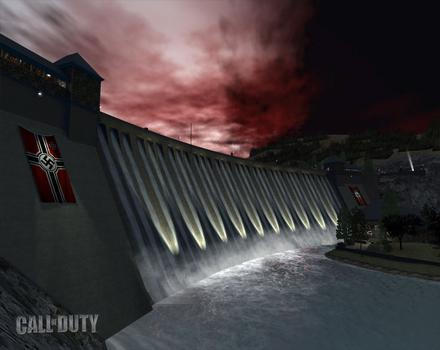 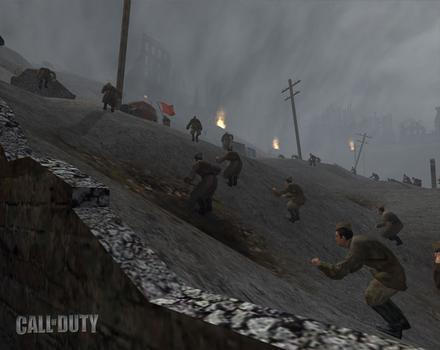 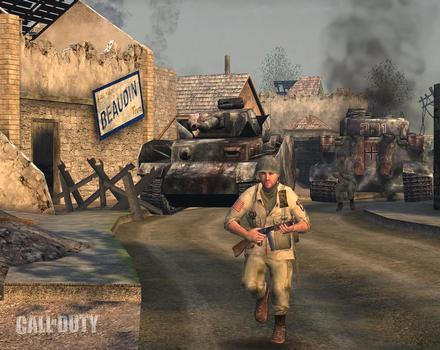 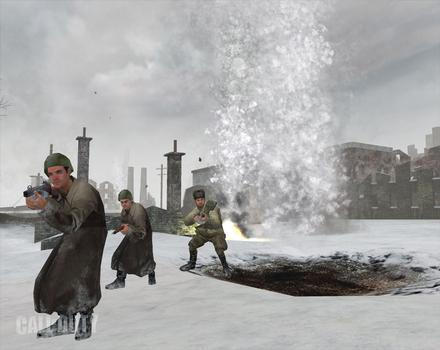 Call of Duty, a new World War II first person shooter created by the great game designers at Infinity Ward, clearly defines itself in its opening moments. Within seconds of beginning the game, it instantly becomes apparent to you that Call of Duty is less a game than it is an experience.

The game opens with you and your squad of troopers crossing a small field in the German countryside. From out of the blue, you hear the whistling of a shell, the sound perfectly rendered. It comes crashing down near you, and this triggers one of the coolest effects ever seen in a game. Your play is cast into a sort of distorted slow motion; your movements are skewed and slowed, and the colors on your screen become flipped. The sound on your computer suddenly deadens, and although you can still hear the vague screams of shells and the clattering of machine guns, it is almost as if you are in a trance. Soon however, the effect fades back with a whistling scream into the normal game.

Call of Duty spans 24 missions and 3 campaigns. Progressing through the game, you will play as the Americans, the English and the Russians. One of Call of Duty's greatest successes is in its ability to take the same core concept and manipulate it in many different ways in order to create a truly unique mission every time. Whether it's attacking a tiger tank in the American campaign, or sneaking onto a German destroyer (ala Medal of Honor), each experience is unique and fun.

My complaints about Call of Duty are few and far between. There was only one mission that I found tedious and boring. I noticed no graphical slowdowns of any kind when played on a P4 3.06ghz. I tested it on my friends 2ghz with a Ti4400 and we noticed no performance problems. The sound is top notch. The only part I found weak about the overall package was the multiplayer. Somehow, the single player dynamics did not transfer well to the multi-player setting for me, and I found that after a few days, I was bored of Call of Duty.

My only other gripe about Call of Duty would be its length. It is a relatively easy game; it took me less than 10 hours to beat all 24 missions of the game on the normal difficulty setting. It does have some replay value, but with the storyline being linear, a few run-throughs and you have it. Add in a weak (in my opinion) multiplayer function, and this game will not last you for more than 2 weeks.

All in all, Call of Duty is definitely worth the purchase. It is a gaming experience that everyone should have, and has set the bar for the next generation of war games. We will see what can match it.
Review Page Hits: 0 today (38 total)
mediahook