Chaos Field can't help but cower in the large looming shadow of Ikaruga... 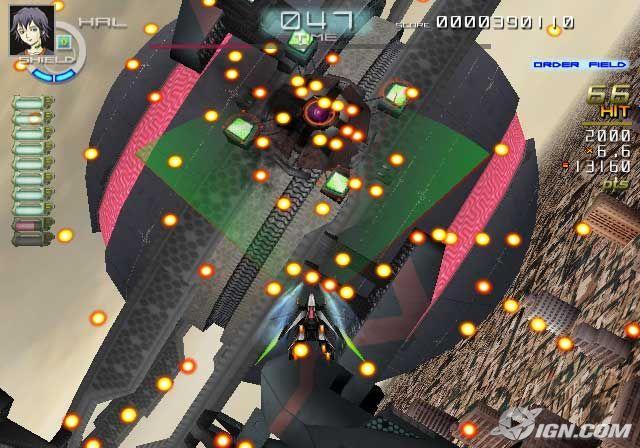 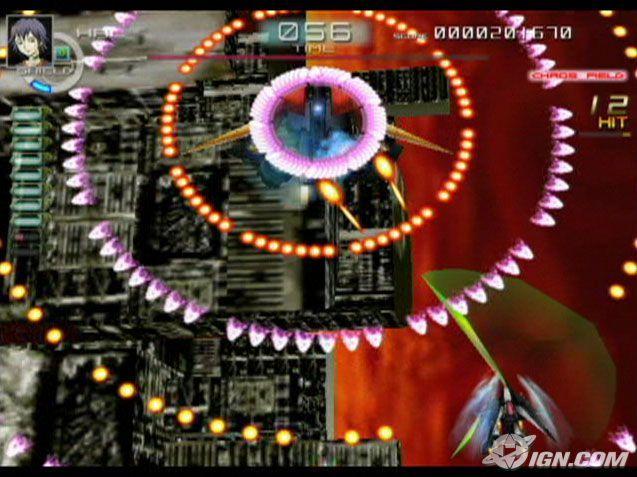 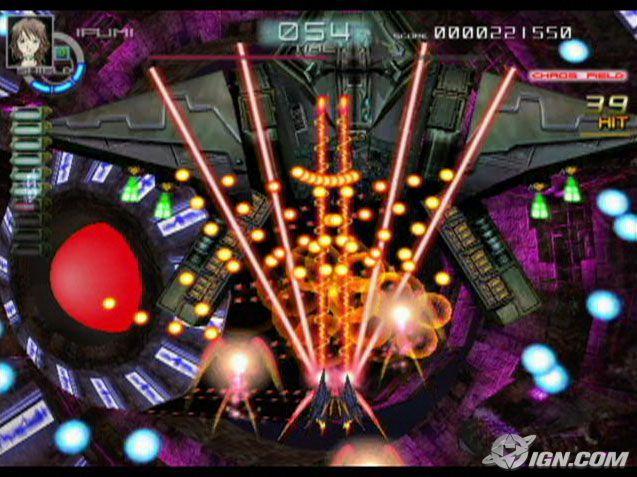 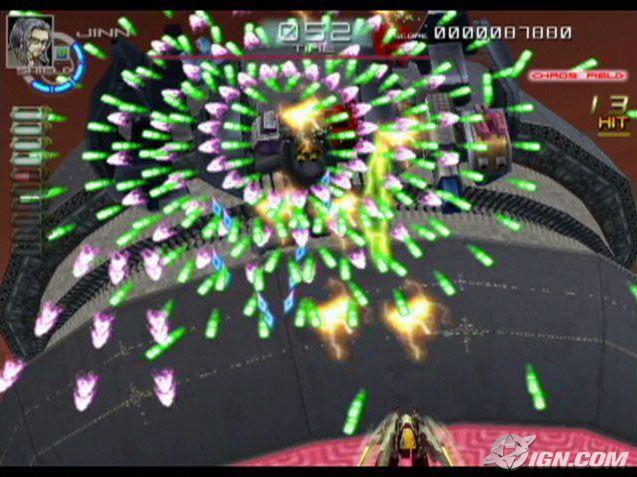 First off, nothing I might say in this review will take away from the fact that Chaos Field is a very fun shooter for the Gamecube. That being said, it simply isn't that great.

Perhaps the largest problem (no pun intended) is the size of everything on the screen. Each of the boss battles easily take up almost 1/2 of the screen, but this causes a problem considering your ship takes up about another 1/4. Bullets are large and, although they fire in certain patterns, they're almost impossible to avoid at times. If the scale of the ships on screen were decreased a bit, the ability to have more control over the game would definitely rise. You are given two different weapons; you have the automatic forward shooting laser that varies based on which of the three ships you select at the beginning of the mission and a "sword," which extends forward and around to the back of your ship. It allows you to soak up many of the bullets that are fired around you. The sword can also be used to attack the enemies, sometimes doing more damage than the projectile weapons themselves. This cool aspect gives you a bit more freedom to move, since you can absorb the attacks your enemies throw at you. Perhaps one of the most intriguing elements of the game is the "chaos field" element, allowing you to deal more damage to your enemies, but in turn, they will do more damage to you. This introduces a sort of strategy component, as far as when to decide to to take a gamble and deal extra damage, while receiving it at the same time.

What many want in a great shooter is sound effects; but in Chaos Field, you have to struggle to pick them up. A techno-like music plays throughout the missions, but the BOOMS and BANGS are really nowhere to be found. For me, it made it quite difficult to know if you are actually doing (or more importantly, receiving) damage to or from the bosses (which will take up the majority of the levels).

As with the sound, it's not anything amazing. The best part about the graphics is being able to see the large number of bullets chasing you onscreen at almost every second of the game. It keeps you on your toes and requires you to pay extra attention. With that said, it is that reason that, many times, you won't pay a lick of attention to the enemy or boss ships. You are simply too tied up in keeping track of where you should be moving next to dodge the projectiles. This creates a "chaotic" environment (heh) but a lot of times, too much to realize what is going on as far as visuals are concerned.

Chaos Field is definitely worth checking out if you enjoy shooters - just don't be expecting an overwhelming experience. Replay value is one of CF's highest attributes, and because of its difficulty, it will welcome you with open arms to challenge it over and over again. It does what it tries to do quite well, without stepping outside of the confined boundaries of the shooter genre. As with other vertical shooters, it isn't for the faint of heart, as rookie players new to the likes of Raiden and others may feel at times that it's just too hard. I haven't had a chance to play the game on the Dreamcast, but as for the Gamecube release, I am simply going to say two words...