Out of the two creators of this hellish game, Clive Barker put his name to it, and Brian Gomez was the clever one! 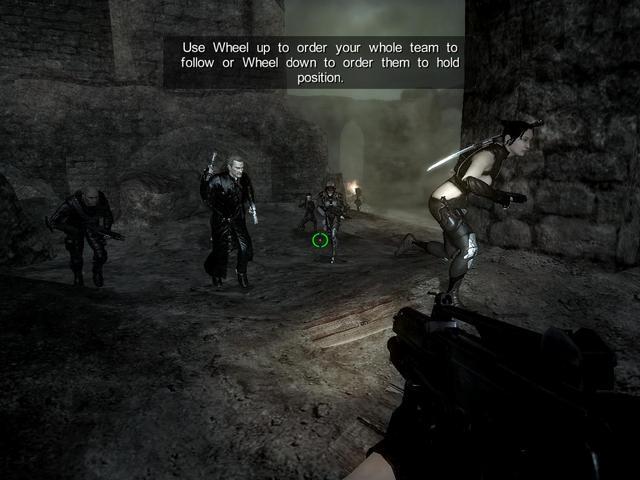 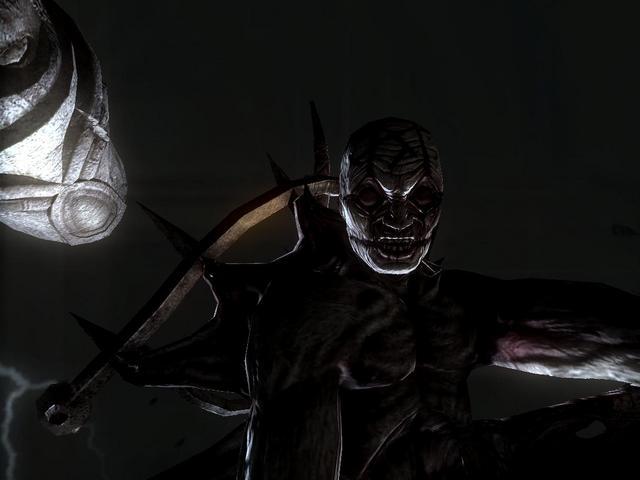 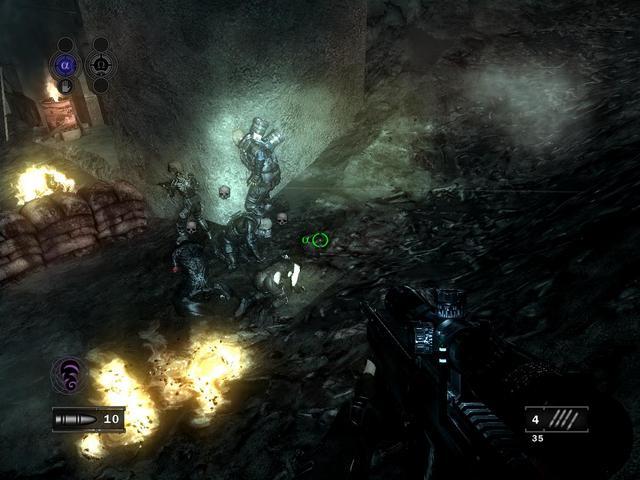 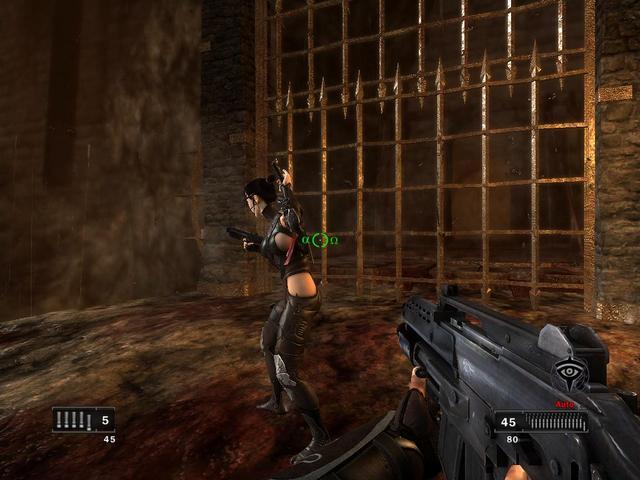 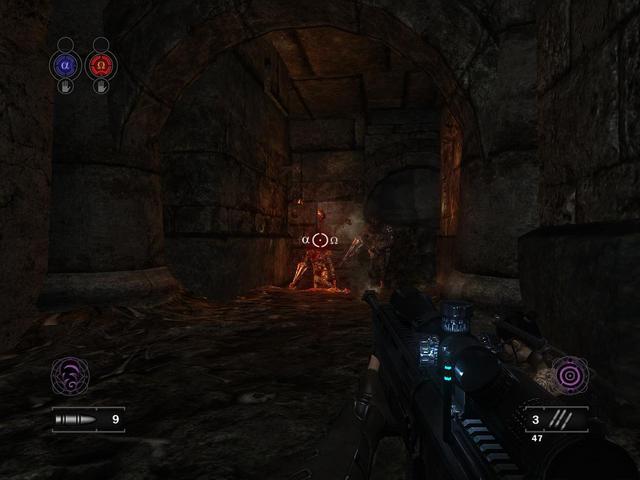 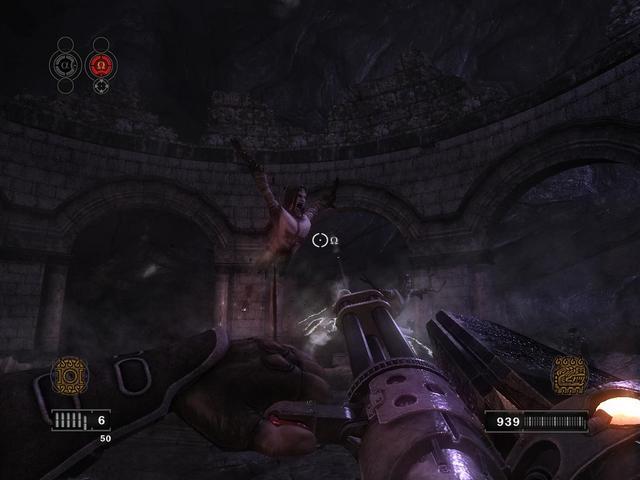 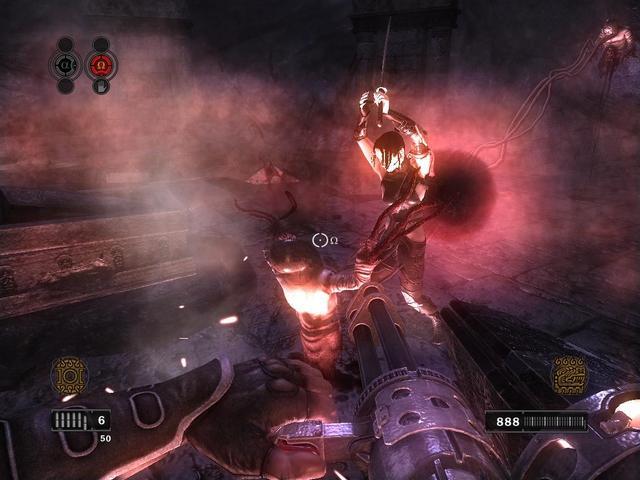 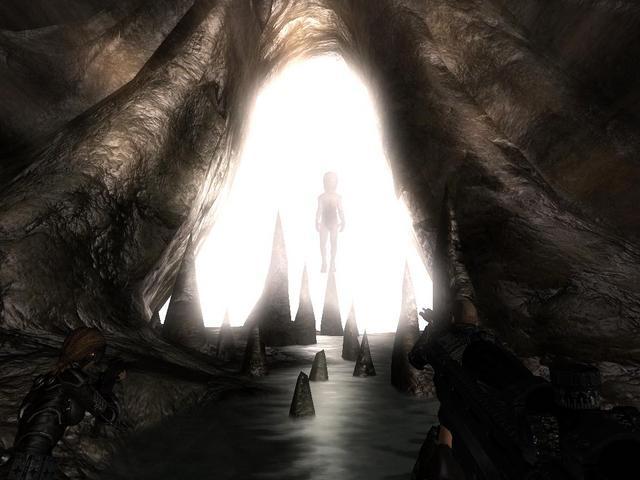 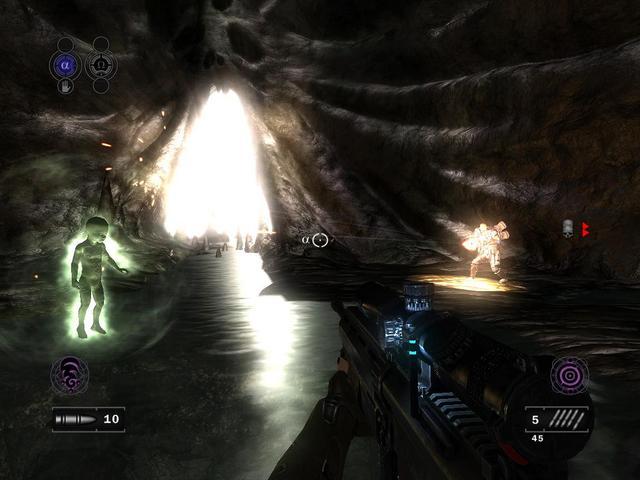 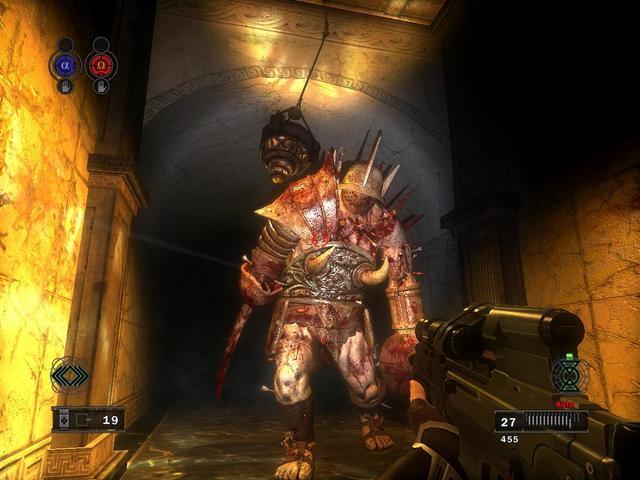 First off I'd like to mention the ratings, while the overall rating seems lower than it should be. It was lucky indeed to get that. As you can see all the graphics, sound and gameplay scored well because I can't fault the game for this. In fact for those reasons, alone, this could have been a good game. However when you come to a storyline, the numerous little quirks/bugs, or the characters, this is when the game really dives! It's just a shame that it dives so much that it takes everything else with it! Thanks for reading, and now the review!


Do you know in the old days when games were all about a one man's army? You know the kind of guy that could carry a tactical nuke in his pants, and wouldn't complain about the radiation. Then Gamers began to complain "Where does he store all this stuff?"

So developers began to make games where soldiers could carry two weapons, and perhaps a side arm or knife. Doesn't realism suck? Where are the good old days, when tanks were no problem for you and your vast armory that was your back pocket?

I am all for realism, but the fundamental things about games are that first off they should be ... well, a game. Something that isn't realistic to the hilt, but something that takes you away and gives you new experiences. And this is the main flaw in Jericho, it's trying to solve all these concepts and the game seems to be a secondary function.

The story line is of some rift, where some evil thing is trying to make its way back to earth. So Mercury Steam tries to scare us with "an evil, which dare not be named!" Maybe if they did not spend their time on Harry Potter quotes, and worked on this game more, maybe I might be! But it just brings a smile to my face, but to be honest I've still no idea why I should care, or what it's about.

You play Devin Ross, a commander of an elite group, working for an official department of the army called Department of Occult Warfare. Each member has its' own special weapon, abilities, and some form of magical spell. So how did they get around a one man army and his back pocket? (Sorry - to find out you're going to have to read the spoiler!)

Well, Ross dies! But then you come back as a spirit, with the ability of possession. For that I say, well done, this is a clever way to solve the weapons problem. Instead of having one man, why not six, each carrying a different weapon type. So it isn't a one man army, but a squad, possessed by a, one dead man army!

So anyway ... Ross's weapon is a standard rifle with a kind of shotgun attachment underneath. He has the special ability of being able to heal and some foresight.

Abigail Black, is the sniper, with the telekinetic abilities to actually control a bullet in flight. She is a lesbian, the butch tomboy type, and the character I prefer to play. To be honest, I am a sniper at heart.

Frank Delgado, is the heavy weapons expert, packing a nice mini gun. He also has control of a parasite entity called Ababinili, which he has to have enclosed in a cage on his arm. This allows him to control this fire bird, and wreaks havoc on all the enemies.

Wilhelmina "Billie" Church, is the sexy ninja warrior type with her trusty Nadachi sword. Plus she shows a huge amount of cleavage from the side, which is always a bonus. Her special abilities are the Blood Scribe, which is a magical ball that sends out tentacles towards the enemies and drains them, and much easier to explain if you see a picture.

Xavier Jones, is the seer, and has the same weapon as Ross, however he has the ability to jump into enemies, making them do his will, only if you want a switch being press, otherwise it's useless. This also makes you wonder why the spirit, Ross, can't do it himself or even possess bad guys?

Simone Cole, is the tech person, or "Reality Hacker" as they describe it. She has a sub machine gun, grenades, and the ability to mess with time. An underrated character and at times can be really useful.

Fr Paul Rawlings is the Exorcist, with powers of healing and death. He wields dual pistols and the oldest member, a father figure I suppose.

While I have no affinity for these characters, except for Billie, who has a special place in my dreams. Even I was shocked to see how many characters didn't make it to the end. What was worse was that I soon realized why these characters died. It wasn't for the story; it was because they where no longer needed. I felt that if the developers don't care about these characters, why should I?

After completing the game, you might want to read through the extras, though you are required to achieve certain goals to unlock them. This gives you little insights into the story and the characters. While lengthy, there are some good insights into the characters. For example, you find out such things as: Black, the lesbian, romantically likes a man! Devin Ross, and what happens to him after they save the world. Church looks Asian to me but it seems she isn't, or at least it doesn't say, because I was wondering about the big bewbs!

Graphically, this game has the best looking skin texture I've seen in a while, even if it is just the start screen. The game is dark and gloomy, with lots of blood and bare muscles, all in that shiny gloss that makes them look fake. While I can't fault the graphics, there is just nothing there that made me take notice. There is nothing that is visually scary, or even poignant that makes me stop and gawk. However, head shots to the main grunt are quiet impressive, and one of the reasons why Black is a favorite of mine.

So what is the game like; average I am afraid to say. While there are some good points about the game and it is playable, there is nothing here that will make you want to play. It supposed to be scary sci-fi first person shooter, and the beginning is really self-evident of the mood it's trying to set. Perhaps a bit too hard, as a voice deeper than James Earl Jones, comes on giving you the plot layout.

The gameplay is barely challenging, and the whole layout feels as guided as a roller coaster. But we aren't talking about a big scary one, more on par with the tea cups. It's tunnel after tunnel, corridor after corridor, and room after room. Then there are the set locations of the bad guys. It's so chopped up; that you know you are going to meet another set of grunts a hundred meters from the last ones. This becomes more and more obvious, and takes some of the surprise and fun out of the game.

Then there is your squad, the most useless bunch of misfits ever to grace the earth. These guys annoyed me more than the enemy ever could; at least the bad guys have an excuse. The problem with your squad comes in two forms, first off their inability to keep themselves alive.

You and Rawlings are the only ones with the ability to heal, so the hint is there, don't be him and keep him alive above all others. During a fire fight half the battle comes from the fact that you aren't fighting, but running around reviving your squad. Now if you die, you get transported into another body, but what can happen, is that your squad is so useless that they all die, and you are left to fight alone.

At this point you will be surrounded by enemies, just running through them, healing your entire squad. Then no sooner than reaching the last member, you are back to square one, trying to revive them again. This becomes the norm and if you can get past it, then it's not too bad. But you do get the feeling that you are just clearing up, and missing out on the fun.

The second thing is the squad, and the inability to act clever. One of the tools developers use to make the AI look better than they are, is voice commands. FEAR is a great example. When you can over hear the baddies say things like, "Lets flank him!", no they aren't going to, but your brain goes into action, thinking that they just might.

In Jericho the AI flaw is too noticeable, the squad will often give you pointers about weak spots, but then do the exact opposite. At one boss, one of the squad tells you the weakness and that shooting has no effect. So I wait for the opportunity to arise, watching the entire squad rain hot lead on the bad guy! "Err lads, didn't you just say weapons were useless?"

This wouldn't be so bad, except for the fact that at times, ammo can be short. What is worse, there isn't any lying around. The only times you get more, is when you reach a checkpoint, and this is when you get all ammo back, and everyone who is incapacitated is healed. Or when Cole decides that you might need some, however don't count on her, as she rarely does. And no amount of poking her, with your rifle, will encourage her! This can mean at times you will have to leave your favorite character and choose someone else.

OK so the last part isn't that annoying, because being short on ammo tends to be a rare occasion, and checkpoints are not too far apart. It just the icing on the bitter cyanide pill that is Jericho!

The one saving grace of Jericho is the bosses themselves. Their weaknesses are not instantly apparent, and you can easy waste that valuable resource that is ammo, before you find it. This gives Jericho a little bit of a challenge, until you realize what the weakness is, but I have to give them credit for that!

However by this stage, it is so far down the deep dark recess the story has been trying to describe, there is no hope of it clawing its way back up. If it did, I'd travel through the blood, muck, and grime of the levels just to kick it back down. And banish it back down to the evil, dare not speak its name, from whence it came!