A survival horror with major flaws and no originality - it's dead in the water!! 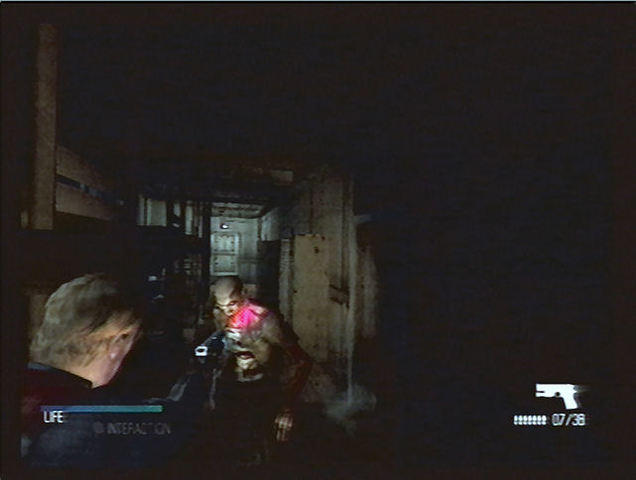 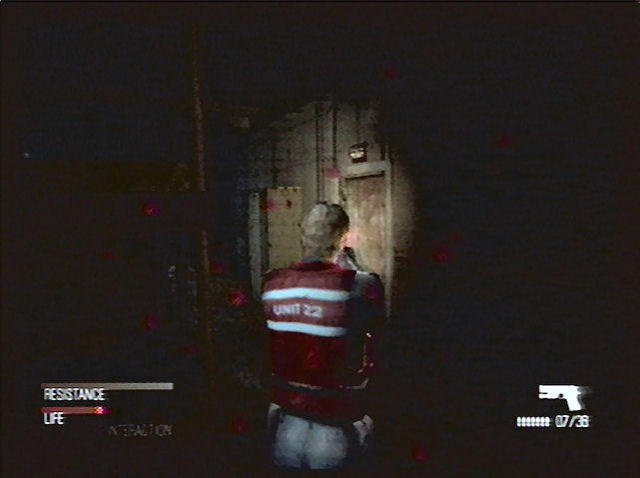 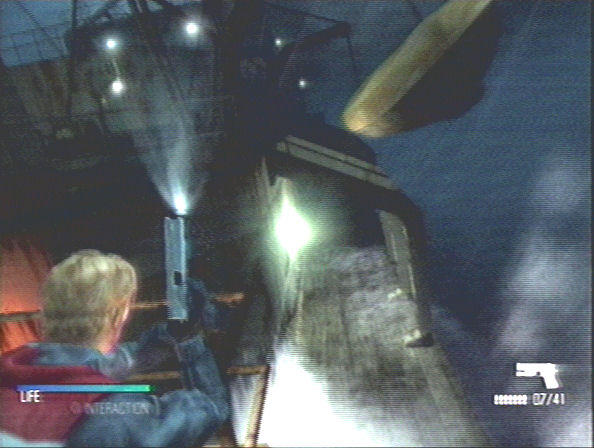 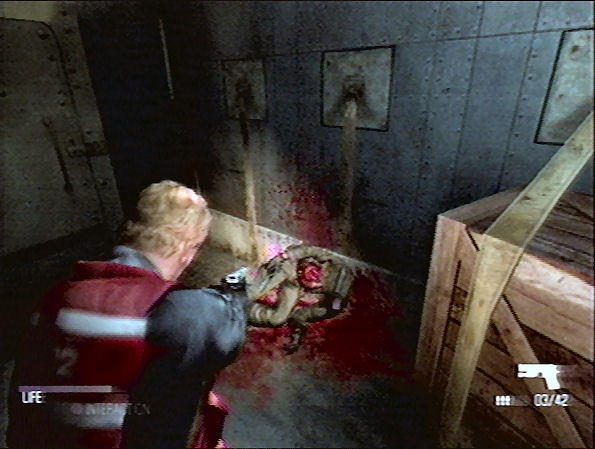 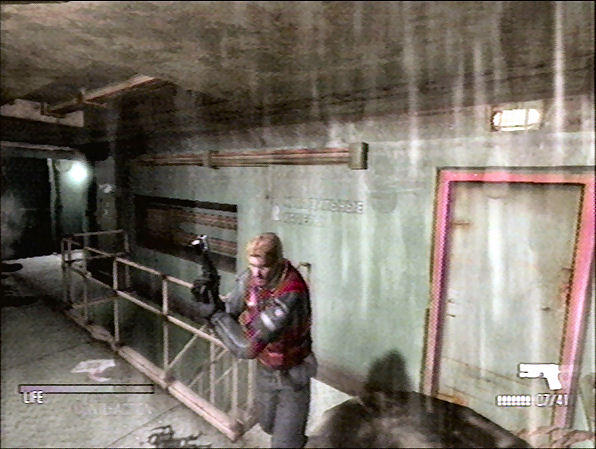 When you first start this game you are likely to be impressed or at least hopeful that it will be a good game; I was. The graphics look reasonably good, and there is an original storm effect which is pulled off well. The rest of the game will do nearly everything possible to beat that first impression out of your mind.

I’ll start with the good points.

GRAPHICS:
The main character and enemies are rendered well. Enemy design is not even slightly original but what there is, looks good. Backdrops look OK, but are very repetitive; what you see during the first 2 minutes of the game is what you’ll be looking at for the rest of the game. Lighting is handled well for a PS2 title.

SOUND:
The game has almost no music which leaves only sound effects to comment on. It has the usual horror clichés: phantom monster noises in some rooms to make you feel on edge and loud door shutting noises that mimic the sounds of an enemy attacking. However, in most rooms, there is no sound at all. Overall sound is uninspiring and merely adequate.

Now for the bad points.

GAMEPLAY:
Camera Controls: There are two different camera angles which you can switch between with a button: ‘over the shoulder’ view and an ‘automatic camera’ which usually follows you from a fixed corner like the Resident Evil games. The auto-cam often jumps drastically from side to side leaving you disoriented and nearly unable to function in combat. In the ‘over the shoulder view’ your character moves pathetically, frustratingly slow.

Battles: Most people will find battles very frustrating. Enemies usually attack hand to hand and if you are unlucky enough to let one get near you, you will likely die or be seriously wounded since your gun has glitched through their body and is actually behind them. You do have a melee blow in your arsenal, but it is completely ineffective and you will simply be hacked to death if you ever try to defeat an enemy this way. Most enemies are indestructible unless you shoot them several times in the head which turns the game into a head hunter scenario where you spend most of your time sniping the head of anything that looks remotely human from a distance to avoid the usual ‘Oh no! It wasn’t a dead body after all’ corpse reanimation.

There are really only 4 different weapon types, bullet, shotgun, grenade launcher, and a flamethrower. The grenade launcher is worthless because it often misses, is unsuitable for close quarters (i.e: 90% of the game), and doesn’t damage enemy’s heads. I unloaded 5 grenades into a group of enemies and most of them simply got up and kept coming. You can take massive damage by touching fire and the flame thrower has the unfortunate effect of setting enemies on fire as they continue to attack you and you’re likely to burn yourself to death more than once this way if you try to use it. There is a bowgun which is not a weapon but its bolts attract nearby enemies to their impact area. It could have been a good idea but you can only carry 3 bolts and enemies only stay attracted for around 10 seconds or until you attack them with a conventional weapon. The bolts are meant to attract enemies toward the many in-game booby traps like ‘ye old exploding barrels’, but you will rarely have time to plan out and execute a trap before the enemies are on you. Thus the bowgun is nearly pointless. You are left with the shotgun (which has no aiming site) and three types of nearly identical bullet guns.

Puzzles: The puzzles are confined to ‘find the key’ mazes with contrived, blocked passages to complicate things. Why does someone carrying 100 pounds of explosive ordinance in his undies have to go traipsing all over a monster-infested boat just to find a key to unlock a wooden door? There is NO MAP and doors frequently lock behind you or become mysteriously ‘stuck’ and ‘unstuck’ so you will spend most of this very short (2-8 hours) game trying to figure out where you’re supposed to go.

Moving: Your character moves annoyingly slow and with a stupid ‘I’m a ninja tiptoeing’ animation. You can run for short distances but there’s a stamina bar system which drains very quickly and refills very slowly. You will spend the game running for 30 seconds until your bar is drained, then ninja tiptoeing for the next 30 seconds waiting for your bar to refill. Also, the ‘auto camera’ frequently spins around you or jumps positions making it hard to move in a straight line.

Saves: There are no save points that let you save when you want. Every now and then as you progress in the game and are passing through a door, you will be asked if you want to save. They are not placed intelligently and you will frequently die and have to replay the same place hoping you make it to the next mystery save point. It’s even possible to ruin your game at its end if you choose to save as you pass through a door, then happen to be out of a certain type of ammo which is immediately required on the other side.

Controls : The controls can be sluggish and often don’t respond to button pushes at the most inopportune time because your character must go through some animation (like raising his weapon or recovering from an attack) before he will respond. The ‘turn’ controls (which are used for aiming and moving) switch from the left joystick to the right between the two camera views leading to continual frustration. There are no control configuration options; you’re stuck with what they give you.

STORY:
What story? There is nearly no character background, setup, development, or motivation--only a basic, extremely stale premise that sets up a ‘kill everything that moves’ scenario. You are the sole survivor of a Coast Guard crew sent in to rescue a floundering ship that turns out to be infested with parasitical zombie-making bugs. The main character is another stupid, uber-macho guy whose emotional responses don’t match any sane human being’s. The wittiest line you’ll be hearing from this moron is ‘the darn thing’s stuck!’ and you’ll be hearing it A LOT.

REPLAY:
There are no bonus modes or end-game saves to load for replay bonuses. When you beat the game you will simply go back to the main menu. There are no secret hidden items, areas or anything else that would give a reason to replay. Any replay value is solely dependant on your enjoyment the first time through since you will be experiencing the exact same thing the second time.

SUMMARY:
I feel sure that Cold Fear’s release was hurried and it was put out unfinished. This is supported by the fact that most things in the concept art don’t appear in the final game and that there are many glaring plot holes. It seems like it could have had potential but it was just never developed to completion. There is little that makes this game worth playing, much less endearing. Do yourself a favor, play Silent Hill 2 instead.

Image #2: Same battle scene as Image #1 but from default camera angle. Enemy is completely obscured behind player. This happens a lot!