Crap - james2006 beat me to another good review! Er... I mean, "The expansion to the Third Tiberium War, and a great side-story that may add to the upcoming Command & Conquer 4." 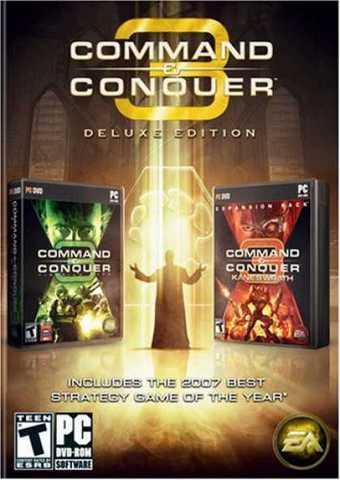 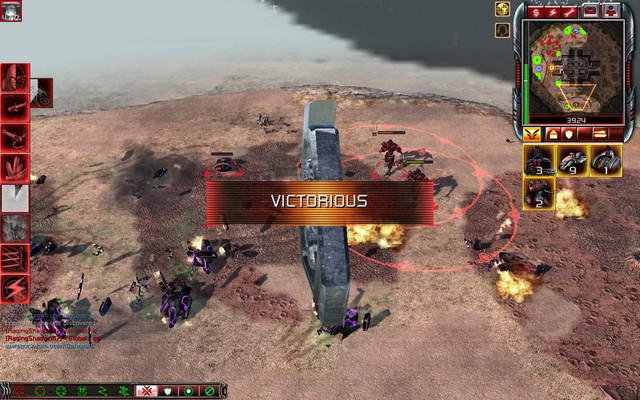 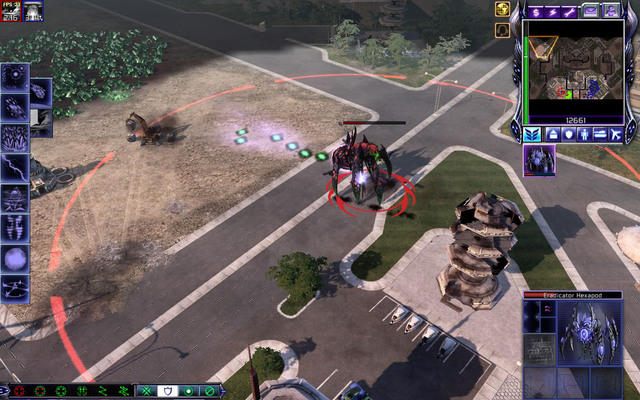 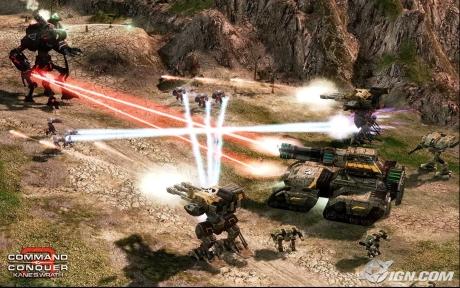 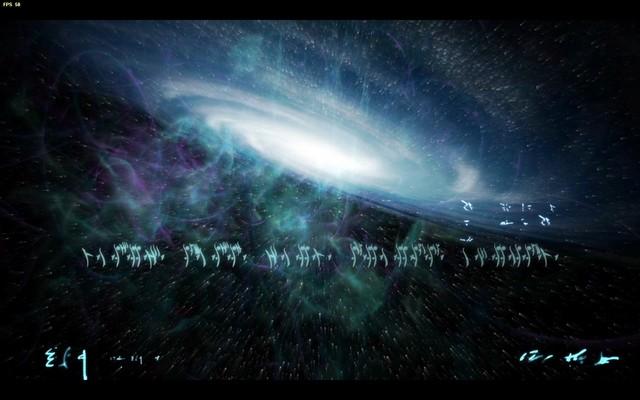 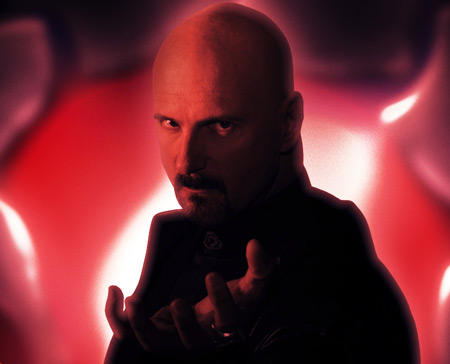 First it was Crysis, and now Kane's Wrath? I don't know if james2006 is psychic, has really good taste in games, or I'm just late to the party, but this is another review that's already been done, that I'd like to write.

I'll start with the timeline of Kane's Wrath. Some of the missions kind of assume you've played previous Command & Conquer games (Tiberium Dawn and Tiberiun Sun, in particular). The timeline takes place from the end of C&C2: Tiberian Sun to past the events in C&C3: Tiberium Wars, and acts as a side-story.

As the name implies, Kane's Wrath is about, of course, the leader of the Brotherhood of Nod, Kane. As such, the campaign is Nod-only, consisting of 13 missions. It doesn't follow as a sequel to any of the games that preceded it, but rather, it seems to be a side-story of a new character (which you 'play' in the game) whose identity you'll find out about two missions in.

Most of Nod is disbanded, and Kane is believed to be dead, but, as anyone who has played previous games before will know, that's not the case. Most of the early missions involve re-building Nod, starting with the Black Hand, and leads me to an explanation of one of the new features of Kane's Wrath: Sub-factions.

Kane's Wrath has 9 'Factions', which is what it seems like for people who are new to Kane's Wrath, but in reality, there are three factions: GDI, Nod, and Scrin. And then there are two sub-factions to each faction. For example, Nod has Black Hand and Marked of Kane. Sub-factions play a big role in the campaign and story of Kane's Wrath, and in skirmish, they're generally the base faction, with different support powers and units. Most of the sub-factions are better explained in campaign. I'll explain more later.

The later missions (from mission three and onwards) start going into detail about the sub-factions, but for the sake of the review, I won't spoil anything.

It's essentially a really applied version of Risk. You've got the three main factions, each having different objectives they must complete to win the match. I say it's 'applied' because the main thing is, you can either 'roll the dice', so to speak, to find out which units win in a fight, or you could take your strike force, go into a mini-Real Time Strategy battle, versus the opponent's strike force you're going up against, and actually fight them that way.

There are also support powers and base tiers, even though Global Conquest is turn-based. Upgrading bases gets them more powerful defense or offense, or power, and enable you to build support structures that let you assign more powerful units to a strike force (Epic units require their appropriate structure, such as the Redeemer Engineering Facility for Nod's Redeemer Warmech), and you can also build super-weapons, to use to soften up bases before you attack them.

Unfortunately, to the best of my knowledge, Global Conquest is 3-player, Vs. Bots, only. No LAN or online play.

Onto the review part of the review. Throughout this part, I'll explain a bit on the new features of Kane's Wrath, wherever possible.

Graphics: 3.5/5 or 4/5
For an RTS, it looks really good. It doesn't have the cartoonish looks of its 'successor' (in the technological sense) Red Alert 3. You're able to zoom in almost all the way to the ground if you want to, and even then, the models of everything are extremely detailed. (What little water effects are in the game are great, as well, such as on the Coastline Map. Kane's Wrath is no Crysis-grade graphics game, but it's still really good. And then there's the live-action cutscenes. It's hard to give them a grade, but hey, they're in high-definition! That's got to count for something.

Sound: 4.5/5:
EA never lets you down when it comes to music scores and sound. Even though it's not composed by the usual Command and Conquer composer Frank Klepacki, Steve Jablonsky (who may be best known as the Gears of War 2 composer) still makes it work great. In my opinion, the Kane's Wrath theme is the closest thing to a main C&C theme (whereas the Red Alert series has Hell March) there is.

In-game, the sounds are great, too. All of the units are voiced, and the gun/laser/rocket/etc. sounds are what you'd expect of a Sci-fi game. The announcer gets annoying, though. When you're not focused on a unit, or base getting attacked, it'll say "A UNIT IS UNDER ATTACK" Every. Damn. Time. You get used to it later on, though. And sometimes it's helpful.

Gameplay: 4.5/5
Since gameplay is the most applied thing in an RTS, this'll probably be my longest review segment. The core gameplay is still the same as C&C3:TW. As I said before, there are a lot of new maps for skirmish and multi-player, and new units as well.

The biggest unit addition are the Epic Units. These are basically GIANT units that can take tons of damage, and deal out even more, but require a fully upgraded base, and a ton of cash. Each faction has their own unique Epic Unit: GDI has the MARV, Nod has the Redeemer, Scrin has the Hexapod.

Gameplay is the best review segment to explain sub-factions a little more, as they're mainly used in Skirmish or MP.

I'll just give an example: The Black Hand is a Nod exclusive sub-faction. They don't use air units or Stealth, but they excel in fire-based attacks, and some of their top-tier units come with flamethrowers as a secondary weapon, making them deadly for anti-infantry and anti-structure. For players who don't use Air or Stealth, they may like Black Hand the most. That's basically what a sub-faction is: A faction, with modified units and powers, that excel in one thing or another.

Expanding on my Con about the AI sometimes seeming like it's cheating... It's just that more often than not you'll have an AI that somehow has 20 units destroying your base before you get a chance to set up defenses, or using support powers to attack your base when they can't see it. It's frustrating at times.

Single-player-wise, you'll find yourself having to do missions over once or twice, for the same reason james2006 said. The game will order you to capture a building, and you can either rush in, capture it, and find it surrounded by units who couldn't physically get there in the time they actually did, or you could DECIMATE the whole map, and every building/unit the enemy had, and still find more units on the map. I really wish they'd give you a warning...

And James, how are Stealth Tanks useless? They're the best AA in the game! Sure, they don't have a lot of HP, but with the missile upgrade, they can slaughter anything!

All-in-all though, the gameplay is great. The last mission of campaign was some of the most fun I've ever had in an RTS, and I'd play through it again if I was asked to.

Just remember that with an RTS, there's a big learning period. Not only do you have to learn the controls, but you have to learn the units, the buildings, the support powers, and the damage table. You can't just send some tanks and have them fire on infantry. A few rocket soldiers can take down even a Mammoth tank, because Artillery does very little damage to infantry. Once you learn how everything works, though, you'll continue to think up new strategies and ways to play.

Now for the technical side of things....

RTS are more demanding on processors and RAM than video cards. As long as you're not on integrated graphics, it usually won't matter what video card you have as long as you have a dual-core and 2GB of RAM, or better. With that being said, though, Kane's Wrath is only dual-threaded, so a quad-core offers no benefits over dual-core for this game.

The game seems to be locked at about 30FPS (according to Xfire, anyways), and with my system, mentioned below, I was able to constantly max it out at highest settings, no Anti-Aliasing.

The initial boot-up time is HORRID and may take up to a minute (mainly because it does a disc check.) In-game, loading times aren't that bad. Considering you may be playing a match for over an hour, 20 seconds is nothing.

KEEP IN MIND, THE GAME IS NOT STAND-ALONE. YOU WILL HAVE TO HAVE COMMAND AND CONQUER 3 INSTALLED TO BE ABLE TO PLAY KANE'S WRATH.

Considering you can get the Deluxe Edition of C&C3 for $40, which includes both C&C3, and Kane's Wrath, I believe it's a good price. Die-hard Nod fans will love the Kane-driven side-story of Kane's Wrath, and the addition of sub-factions potentially adds a new twist on gameplay, with new strategies all around. A worthy buy, in my opinion, especially for C&C fans.

People new to the main Tiberium series of Command and Conquer may feel like they missed a lot of the story, but quite a bit gets explained, and you'll almost certainly catch on as you play.