The best controller I have used on the PS2 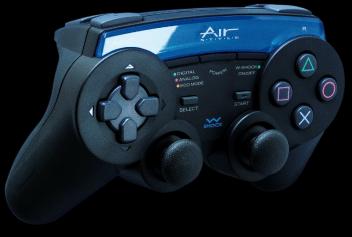 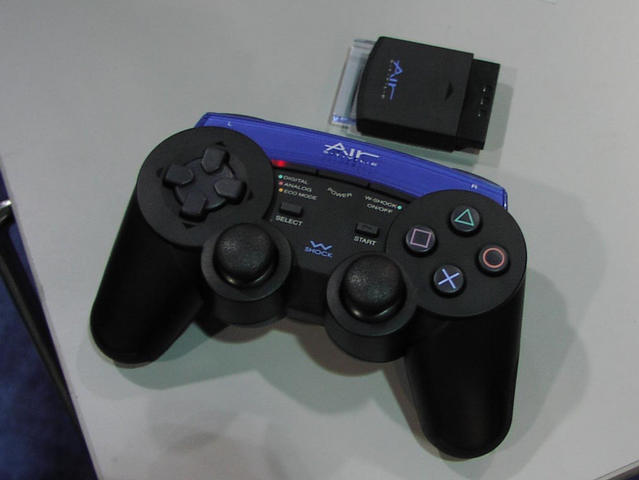 For a long time I have been waiting for the equivalent of the Wavebird for the PS2. While the Fountech controller isn't quite as good, I love it just the same. I have suffered through the following PS2 wireless controllers: Pelican, Madcatz, Logitech, Zion, and Nyko. These were all totally not worth the money for one of the following reasons: Too big (Logitech), Bad feeling pad/sticks (Logitech, Nyko, Zion) or unresponsiveness mixed with poor battery life (Pelican and Madcatz).

The first thing you will notice about the controller while playing it is the D-pad, which is more of a cross than the original PS2 pad. Believe it or not, I find its level of resistance, its sturdiness, and its shape to be preferable to the Sony brand controller. I tested the D-pad using SSX3, which is quite sensitive to the rotation of the vertical and horizontal axes. The Fountech performed perfectly, while most of the other controllers were found to be worthless.

Next, I tested the sticks with Midnight Club 2 using the right stick for acceleration. These are almost exactly the same as the standard Sony sticks although I find them to be slightly less gummy and just a tad looser. When I say looser, don't panic. It's nothing like what you are thinking; they still feel really natural, and they retain a fair bit of resistance in relative to other controllers. Overall, though, they are good, but still a half step down from the nice feeling of the Sony controllers.

Rumble is optional, and has its own LCD on the right side of the face. It's not lit up in the picture below, but it is there directly accross from the red LCD that denotes analog mode. Overall, I find the rumble to be pretty weak. I tested it using both the Logitech and standard Sony as contrast on ESPN 2k5. If I were to describe the rumble in terms of laughing, it would be more of a chuckle than a good ol' belly laugh. If you really value a strong jiggle, I think this is the weakest part of the controller, although the battery life on the Fountech is better than the Logitech controller. It's still an improvement over the Wavebird, which sadly omits the rumble feature altogether.

The wiresless signal was strong from up to 15 feet. I did not test beyond that but it is worth noting that neither direct sight line nor a thin physical barrier presented a problem. Response was excellent, except in power saver mode. In this mode response time dragged. This wasn't a problem for Ico or Goblin Commander, but was not suitable for faster paced games. Auto stand-by goes into effect if the controller is idle for fifteen minutes, and the controller shuts off entirely after one hour. Turning the controller on requires only pressing a face button on the controller for a couple seconds, at which point a pleasing blue LCD blinks on the reciever to note that you are back on line. Battery life is over fifty hours with an alkaline battery pair (2 AAs), and rechargables should last from ten to twenty-five hours depending on their quality.

Overall, this is a great little controller. You may have a hard time finding this controller, but spending a bit of time on Ebay never hurt anyone. I found mine new for $25 shipped, and in the local places that do carry this controller, it will be closer to $40 new. For those of you looking for a wireless solution to your ps2 needs, I'd recommend you go the extra distance and find one of these. I really suffered through a bunch of lame controllers before I got this one and there is seriously no need for you to repeat my mistakes. It took me a long time to find something that worked as well as the Fountech controller.
Review Page Hits: 2 today (399 total)
mediahook