This may give some horror fans a bit of fun, but the game is plagued with to many problems to get much value out of it. 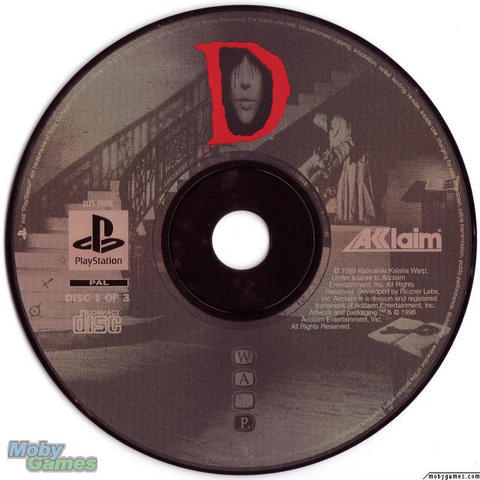 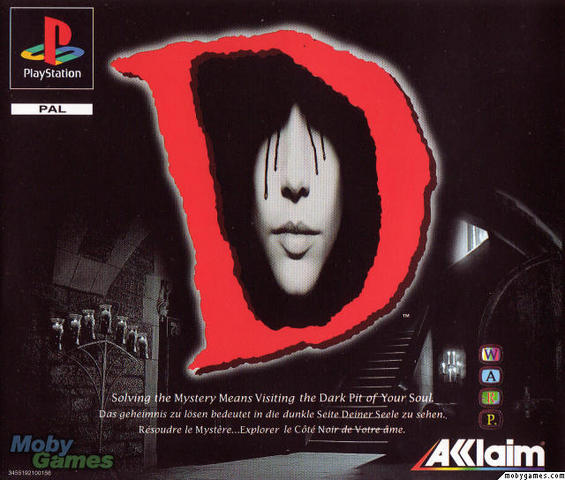 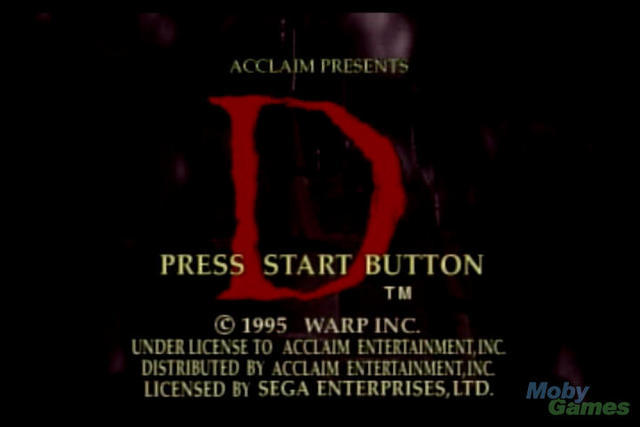 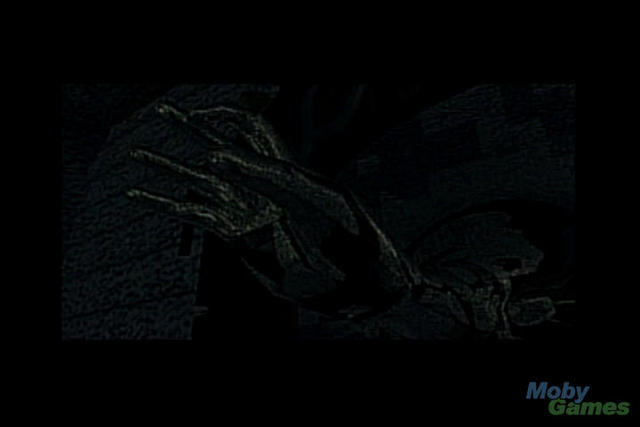 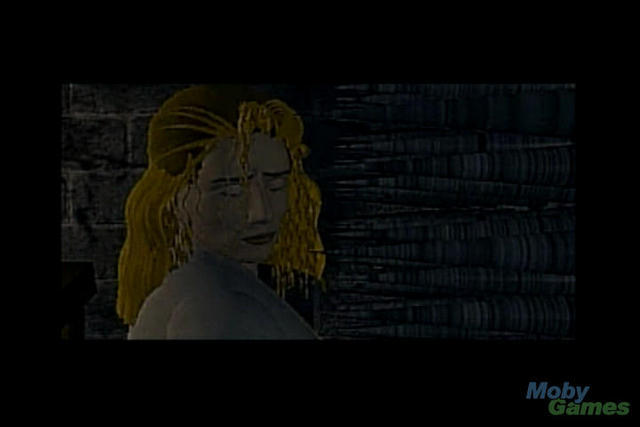 Since this was such a short game, I figured I could do the review pretty quickly.

This is "D" a game made by WARP (The work of revered video game creator Kenji Eno, D2, and Enemy Zero might ring a bell)

Here is the storyline in a nutshell: You play as Laura Harris, daughter of Dr. Richter Harris. Laura's mother was brutally murdered when she was a child, and all she has to remember of her is a blue compact with a mirror (throughout the game it will give you a hint when used, after 3 it breaks.)

The game opens when Dr. Harris (Laura's father) goes insane and locks himself inside of a hospital with hostages, brutally killing some. Police surround the scene. After hearing the news, Laura (you) springs into action! You drive to the hospital to try and calm down your father. Upon entering, you are transferred to another dimension in an old dark castle.

The game looks promising so far, but takes a terrible turn for the worst.

The first thing you will notice is that you walk EXTREMELY slow, almost to the point of wanting to just quit out. I sort of know what they were going for: increasing tension. But to a gamer now, the graphics barely cause any fear. But as you play it's sort of like "really?" Especially when you need to go back to a room to use an item you just acquired; it takes forever.

Upon further investigation you will notice that this game is more of an interactive movie of sorts (which is what the creator was aiming for), which doesn't really work for this kind of game. Here's an example: Let's say you just came through a door. There is a door in front of you, to the right, and a chest to the left. "Ok, I'll open the chest." Well, since direction is completely controlled by pressing up, down, left or right on the pad, you have to wait for each motion to finish, and you must also find the right turning spot to allow you to turn to the object you want, which is a huge pain, considering you also TURN very slow.

The time limit is self explanatory. You arrive at 10PM and must finish by midnight (how cliche). Not that that's a problem, since the game is so short.

Cryptic puzzles are also an issue. If you didn't know what to do with something you find, you'd wander forever. Thank god people like me get a guide and figure out where to go when we are stuck. If you didn't have a guide, you would be screwed. Here's an example: After finding a piece of paper, you need to put it in a bowl of water sitting on a table to reveal two numbers, which are then used to open a cabinet. Who would think to put a piece of paper in there? If anything, I would think it would get ruined or something. And other times the puzzles are just downright jerks and are solved by chance, like one similar to a casino machine, which is another minor annoyance.

As Laura slowly walks around she looks like and idiot when you can see her. Almost always the same dumb look smeared across her face. Even when spikes are shoved in her face she barely so much as winces.

The length is also an issue. Unless you want to slowly walk around the same five rooms aimlessly and eventually run out of time, you best look up a guide. I guess the developers were looking to make that the main component to make the game longer. Once you get a guide the game can be completed in a matter of 30, maybe 25 minutes. And with only 2 endings (there are actually three but two are so identical it doesn't even make a difference) that's everything completed in less than an hour. Not that you would probably want to play it again...

Well I sure have criticized the game quite a bit, although there are some redeeming qualities to be had.

The storyline of itself is actually interesting, and unlike anything I've ever seen in a horror game. At the end of the game:
You chose to either kill your father (with a revolver) or to do nothing. He proceeds to kill you, and you listen to those sounds as the credits roll
With that and through the bit of back-story through clues, it's relatively interesting, so that's not bad.

The music track was recorded by an orchestra and was done very well, giving the game an ambient feel, along with some good sound effects. Steps are creepy, and sometimes the occasional banging sound makes for a horror inducing ensemble.

Also, what little voice acting there is (mostly just your father) is hilariously badly done. It's almost as if they were trying to make it as bad as possible. I mean, this is worse than Resident Evil and Baten Kaitos, it's good for a laugh, especially when he just goes "Laura....LAURA!!!"

I need to wrap this up because I said this would be a short review.

So overall, good story and sounds are dampened by bad mechanics, way too slow-paced gameplay, and an overall poor execution that makes this game a rental at best (which is probably worth more than the game :p). I would probably only recommend this to people who love obscure games (like myself) or a die-hard horror fan. For anyone else, it will probably end up being thrown away.