Dawn of Mana should have been kept a secret 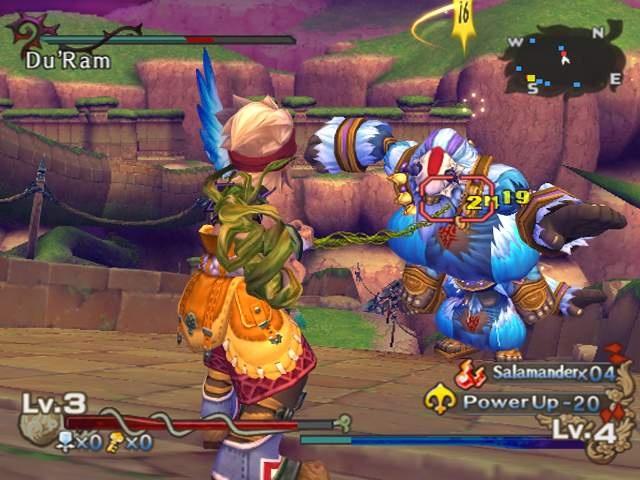 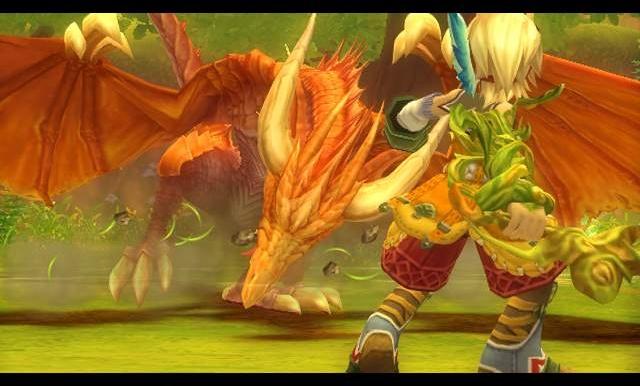 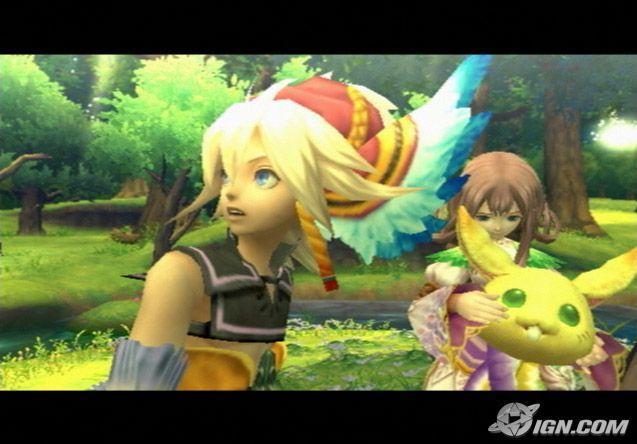 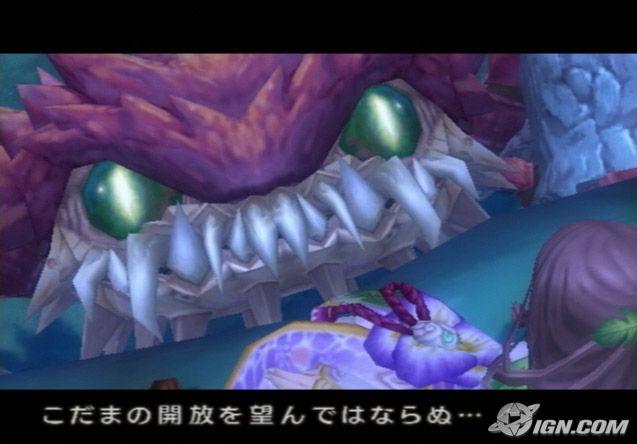 As far as Mana games go, Dawn of Mana is an unfortunate mess. Perhaps holding it up to the standards of Secret of Mana is asking Square-Enix a bit much, but they could at least have made the game enjoyable to play. If you're expecting an RPG game, throw that idea out the window. Dawn of Mana falls into the action adventure genre. The game has only the slightest RPG elements in it, and ends up feeling like a pale imitation of Kingdom Hearts.

Dawn of Mana is divided into chapters, beginning with the prologue. In this sequence, you find yourself in the role of Keldric (Keldy), chasing after his friend Ritzia's pet Rabite. This acts as the tutorial where you learn the basics of melee combat. Soon after, you obtain the Mana Sword, and with it comes new abilites. You can swing a vine to grab, hold, and throw enemies as well as destructible objects into one another. The vine also acts as a slingshot, from which you have an unlimited arsenal of pebbles. The slingshot's pebbles are very weak, but it can also be used to shoot elemental rocks at enemies which cause them to go into panic mode, and may have other advantageous effects. You also get the help of a spirit named Faye, who acts as your spellcaster. She follows you around and can have as many as eight spells to choose from, once you get your level high enough.

However, the level up system is almost a pointless inclusion. You max out at level 4, and even at that, it's rare that you'll reach, or even have the need to reach this level. With each level Keldy's vine can pick up larger enemies or objects and throw them around. With enough levels, you can even swing enemies around. Also, with each level up, Faye has the ability to cast two more spells. Unfortunately, once you finish the chapter, say goodbye to those precious abilities, because for some odd reason, your levels reset at the beginning of each chapter. This adds frustration to the game, because once you've spent all this time leveling up, your hard work is rewarded with what? The loss of your levels. Super.

However, you need to level up at least once in order to throw enemies effectively into one another. This will cause them to go into a panic, and the more you throw them into one another, the more they panic. When you attack a panicked enemy, they will give you more medals that are used to increase your stats and levels, as well as increase the chance of dropping an item.

Bashing enemies into one another, or throwing boulders on their heads is fun, but it gets old after a while, especially since this is what you'll be doing all the time. But, enemies are not the only ones who will bear the embarrassment of being flung across the landscape. Objects can, and will hit into you, sending you into near orbit, and you'll have to tediously retrace your steps. When you're throwing objects after enemies, you will often end up hitting yourself, which will also send you flying.

Now, as far as controls go, the game is a spectacular failure. Keldy handles like a dead horse, which is to say, badly. Running on flat land is not so bad, but in platforming sections where precise jumps are needed, expect to fall to the ground. A lot. You have the ability to double jump, but even this does nothing to alleviate Keldy's horrible acrobatics. At times, it's difficult to gauge whether or not a jump is even possible. Also, when you're on a small platform and need to battle some enemies, again, you can expect to fall a lot. With each swing of the sword, Keldy takes a step forward, and this will often lead you to repeat what should be a simple climb, but due to poor controls, is just an infuriating climb.

The game also features a targeting system, which can target objects, or enemies. The best way to utilize the targeting system is to ignore it. More often than not, you will lock onto the wrong enemy or object. This gets frustrating in heated battles, and it's better to hope for the best, face your enemy and send the vine flying

The camera in the game is just atrocious. It's situated behind Keldy, and you can control it with the right analog stick. However, if you get knocked into a corner, or are stuck against a wall, Keldy dissapears from view, and it's difficult to tell where Keldy is, especially in battle situations. You can keep getting thrown and trapped, which leads to some pretty annoying moments. The camera is especially bad when it comes to platforming. It's difficult to get a clear view of the place you want to jump, and coupled with poor controls, it makes you question whether or not you should be wasting your time on such a tedious game.

Throughout the game, and in arena mode, you can try to earn or buy emblems which will increase your stats and abilities. Unfortunately, the majority of these emblems are VERY difficult to obtain, and not really worth the effort. Unless you're really into this game, chances are that you won't bother with emblems, but it does add some replayability to the game if you absolutely must obtain every emblem.

You can choose to play the game on easy and normal difficulties, but once you beat the game in normal mode, you will open up a harder mode. Completing the hard mode will unlock the hardest difficulty. If you can slog through these more challenging difficulties, kudos to you. Each difficulty offers emblems to be gained upon completion, so you will have some rewards.

All in all, if you are looking for a great Mana game, play Secret of Mana. If you want to test your patience for all things gaming, play Dawn of Mana. But, I would suggest renting it before buying it. Within a day or two of playing the game, you should be able to find the limits of your patience.
Review Page Hits: 0 today (407 total)
mediahook