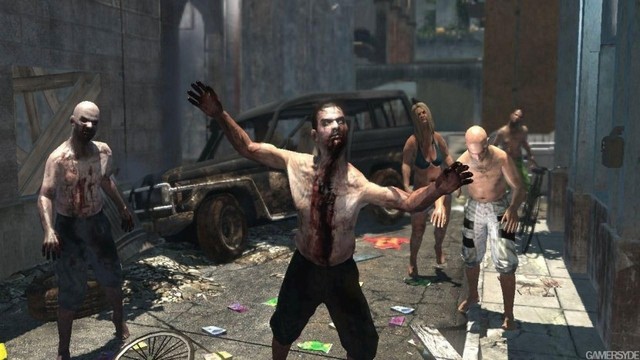 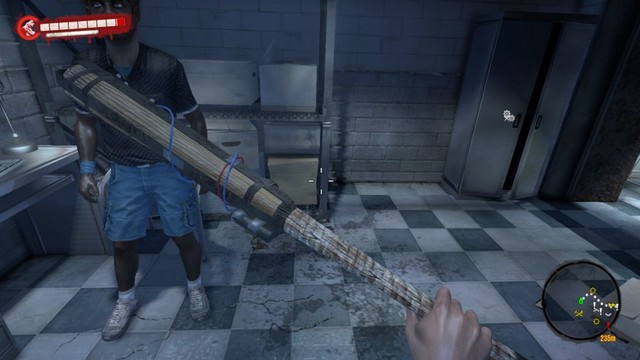 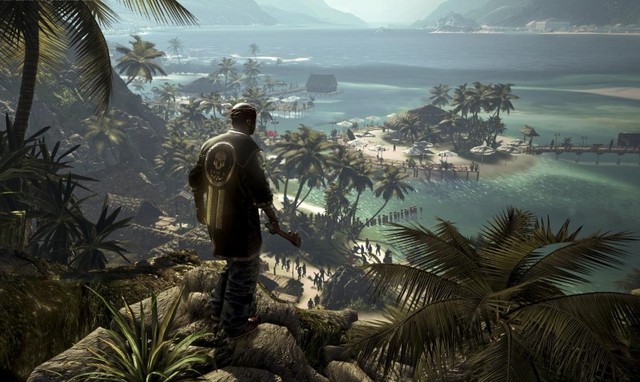 Dead Island is a highly anticipated game that has a lot to offer, but it's held back by some problems that never should have made it past the playtesters.

In terms of visuals, the game is very strong. Dead Island looks good, animates well, and has a lot of variety and vibrant color. The island is beautiful, the enemies are grotesque. I really think the developers hit what they were going for here. The sound, for the most part, is pretty solid. Some have criticized the occasionally campy or cheesy voice acting, but I didn't really find it too offensive. At worst, it fits the zombie genre. The zombie voice acting is superb and believable, the ambient noise is just right, and the weapon sounds are satisfying. The music doesn't add much for me, but it doesn't get in the way either (except for the Sam B title track - I LOVE it).

At its best, the gameplay of Dead Island is really good. The first person melee combat with a wide variety of weapons and Borderlands-type leveling should be an absolute winner. The weapon crafting/mod system is a great addition. But the glitches and sloppy design (which I'll get into more later) really hamper what should have been a better system. Anyone familiar with first-person gameplay will have little trouble with the game's learning curve, though I didn't find the optional analogue control style (used to more closely direct your blows) to be of much use.

The setting of the game helps show off Dead Island's strengths. The tropical island environment is an enjoyable addition to the standard "survive the zombie apocalypse" plot. There are no great surprises to be found here, but if you can tolerate the genre as a whole, there's nothing here that will offend you too greatly. You can play through the game again once you've finished the plot in order to keep leveling your character and find new gear, but there's no additional content on subsequent runs. Enemies always scale to match your level.

Though the developers got a lot right with Dead Island, the finished product often falls short of their vision because of various bugs and asinine design choices. Here are the major frustrations.

1) Throwing weapons are an awesome mechanic rendered totally unreliable due to glitching. You can throw almost any weapon in the game, and the ease and power of ranged attacks makes it desirable to do so. But you'll always be taking a chance that the weapon just gets lost. Sometimes target lock just fails and your purple knife is off in the bushes. Sometimes blunt weapons bounce off zombies and clip through walls or ground so you are unable to retrieve them. Most maddeningly, sometimes your weapon is stuck in an enemy and you die. And the glitched enemy despawns when you respawn, taking the weapon with him. It all adds up to being unwilling to use the throwing mechanic because you never know if this will be the time the game screws you over.

2) Speaking of respawning, the system in place for character death is designed to be forgiving. You are supposed to just lose some cash and drop right back in near where you died. A lot of the time this works well. But you can imagine how it goes wrong. When you get jumped by four infected and a thug, for example, you don't want to get dropped right back on top of them. Disoriented and surrounded, would that second encounter go any differently? Making it even worse, there are sections of the game (for me it was the city in Act 2) when the respawn points seemed absolutely arbitrary. Sometimes a death would result in me being right back in the middle with the same problem. Sometimes that death would somehow shift me down the street a few blocks, entirely circumventing a scripted encounter. The respawn placements were inconsistent and frequently disorienting. A few times they were downright baffling--more than once I was catapulted over almost a quarter of the map, well away from anywhere I had even been recently. I found myself wishing they had employed a less forgiving checkpoint system just to make respawning more consistent.

3) Inventory management. Slow and clunky, so we're off to a bad start there. But the real problem is that it's just plain glitched. Sometimes my unequipped items would disappear. Sometimes crafted items wouldn't be placed into my inventory. How did no one notice this before the game shipped?

4) This is relatively minor, but while I'm at it: a couple of the quests have completion conditions that just aren't explained very well. Delivering requested items to an NPC should be intuitive and straightforward, not a matter of placing them on a barely visible silhouette in a dimly lit corner of a room the NPC isn't even in. You're welcome to use whatever mechanics you want in your game, but when they're new and unfamiliar, teach me how to use them first.

The hope is that a lot of Dead Island's problems could be fixed via patching, but frankly I gave up and resold the game immediately after my first playthrough. The ability of developers to fix games after launch is not an excuse for shipping unfinished products. Dead Island clearly could have been a great game with more testing and QA time, but as it stands, the current product just isn't worth your purchase.
Review Page Hits: 1 today (577 total)
mediahook