Dead Rising is a mindless bloodfest plagued with repetitive gameplay, a boring story and a terrible save system. 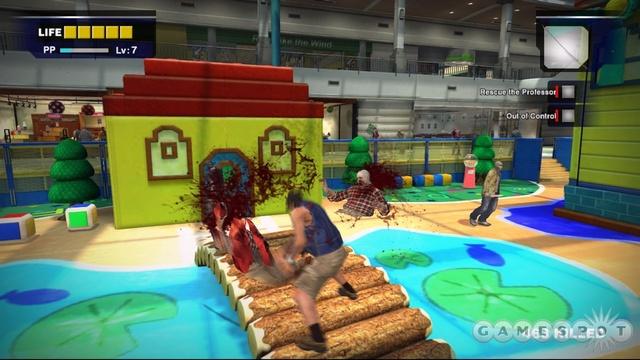 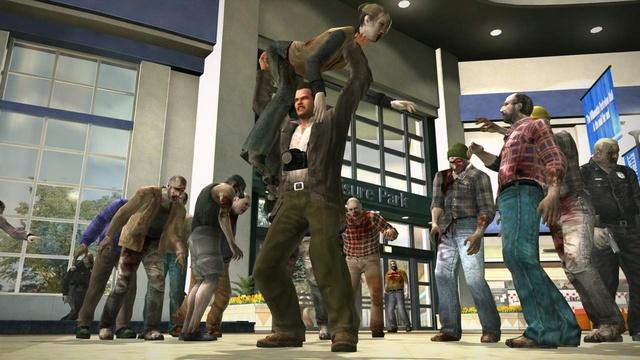 When revealed back in 2005, Dead Rising seemed not only to be a major addition to Capcom's lineup but a worthy addition to the Xbox 360's library. It is a game where slaughtering helpless victims is an admirable accolade and taking picture of chaos, madness and suffering will gain you points. So how could a game with so much potential ultimately end up like the game's antagonists, mindless and with no real purpose but repetitive wandering?

Dead Rising follows the story of Frank West, a war-time photo-journalist who got a tip that the story of his life is occurring in a little town called Willamette, Colorado. Once Frank arrives, he soon finds out that not everything is as it seems and all of the citizens of the quiet town have been turned into flesh-eating zombies. After Frank barricades himself inside the town's mall with the other survivors, he soon realizes that something, or someone, may be behind the recent zombie outbreak.

This is how the game plays out, as Frank has 72 hours to uncover the truth about the incident before it is lost forever. After 72 hours, Frank's ride returns to pick him up and sweep him away from the town, making Dead Rising a standard race-against-the-clock game. This may seem like a very well executed gameplay mechanic, ushering Frank through the story based on an in-game clock. However, it becomes a major nuisance simply because Frank must get to the required location in the allotted amount of time. If, for whatever reason, you do not make it to any of the main story's missions in time, you fail the ENTIRE game. Never mind all the time you spent on the previous missions; if you do not make it to your next destination, it is game over. If you can, however, find a way to manage your time, you can have the luxury of doing side missions, which include escorting survivors to safety, battling insane psychopaths or simply going on a massive zombie-killing spree.

Dead Rising offers no challenge whatsoever. Most zombies go down with one or two hits, with many of them wandering around aimlessly, walking into corners or falling off high ledges. And there is literally an infinite supply of health laying around for you if need be. The only time when the zombies really become a nuisance is when you escort survivors from one part of the mall to the other. While zombies have an excuse for being completely brain-dead, there is no excuse for the game's human characters. Most survivors run around like chickens with their heads cut off, usually running straight into packs of zombies, making helping them survive an insanely difficult task. It is a complete waste of time to try to save those people since the game is a race against the clock to begin with.

Another terrible problem in Dead Rising is with the in-game text, which is constantly read throughout the game. During the game's testing, the developers played the game on HDTV, so naturally everything looked fine for them then. However, most gamers cannot afford the luxuries of such high-end televisions. So for them, the gamers who will likely pick up Dead Rising, the in-game text is very small and almost completely impossible to read, unless you are sitting very close to your TV. That problem, along with constant reminders darting across the screen, make getting to your destination in time that much harder, since you do not know where to go in the first place.

To make matters worse, Dead Rising has one of the worst save features in any game. You can only save the game in the security room, which is located at the very end of the mall, or in the bathrooms. What makes this horrible is that Dead Rising can only hold one game file for each saving device. So, if you would want to start a new game or save more than one file, you would need to buy a memory card. Plus, if you happen to play for hours on end and then suddenly die without saving, you will start from where you last saved...whether that be minutes or hours from when you last saved, which makes the game feel incredibly repetitive.

Dead Rising hardly looks like a next-gen game either. Although the cutscenes look very impressive , the other portions of the game lack in comparison. Every store in the mall looks the same (just with a different cliché name, such as Joe's Diamonds or Little Tyke's clothes), and most of the zombies look similar and have the same movements. Many of the weapons will be accustomed to you throughout the game since you really never use anything different until the very end.

In conclusion, Dead Rising fails to deliver on any of the hype. The game lacks depth, feels all too repetitive, and, coupled with horrible text and save systems, is barely worthy of a rental.