Three heroes hack and slash their way through 10 levels of ogres, elves, and trolls. 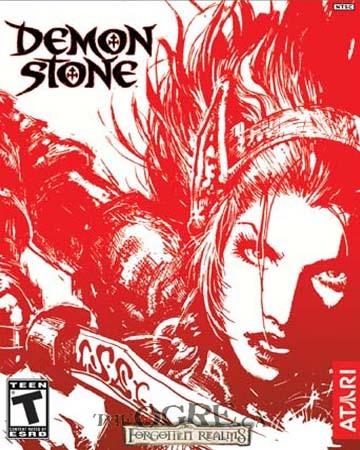 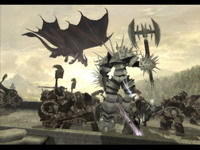 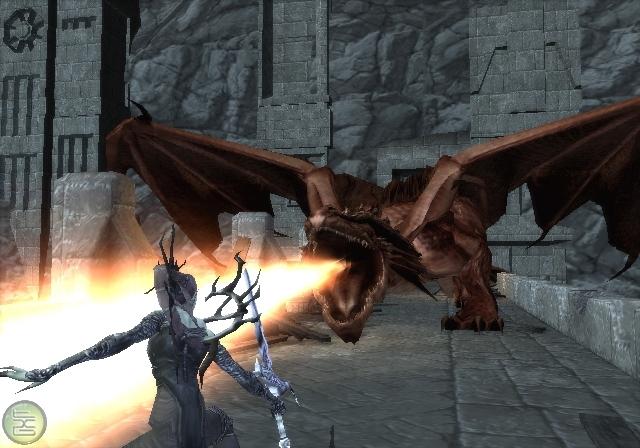 This review has no spoiler - read on without fear.

Not really knowing what to expect from Demon Stone, I bought it thinking it was an RPG for the computer. Once I got it home and installed it, I soon discovered I had bought a Lord of the Rings clone. Fortunately, I only paid a few dollars for it wasn't too upset so I continued to play anyway. Plus Patrick Stewart makes a good narrator.

If you have played any of the Lord of the Rings for the PS2 etc... you have pretty much played Demon Stone.

I have a, older, but strong computer (1.8Ghz 1GB RAM and a 128MB DDR GeFORCE 4400 graphics card). I was able to turn up the resolution to the max without any lag issues. This made me very happy because I was impressed with the graphics in the game. I especially liked that, as I purchased new weapons and armor, every piece had a different graphic.

The main characters follow the standard RPG/D&D fantasy model. There's a warrior, a wizard, and a rogue each with a special ability. While in combat you can instantly switch characters. There is very little strategy involved, as "hack and slash" sums it up. However, the rogue can be quite useful and has the ability to "backstab" and instantly kill the tough enemies unlike the other two classes.

One of the features I liked was that, besides a "super attack," one could have an assistance attack from an ally. If you are having trouble with a monster, just press the right button and one of your friends will come to your aid and save you. This attack is done in slow motion and looks pretty neat.

There are some major problems with Demon Stone. The first major issue is the fact that you can't skip the cut scenes. All of them are fairly short, but it is still aggravating to have to watch them over and over again if you die on a difficult level. If you are one of those people that can not stand to watch cut scenes, I suggest you not buy this game.

The second issue I had was a clipping plane problem on level seven. The blogs I read seemed to suggest that this only happens with Nvidia Grapics cards so this may not apply to you. During level seven, you have to defend a castle from trolls. The thing about trolls is that you have to use the "execution" move to kill them (you have to stab them with a fire imbued weapon while they are knocked down). The trolls are rather large and you have to fight them in a small space. As they fall down their bodies can get stuck in the terrain and they won't get back up. Because of this, you can not kill them. If you can't kill the trolls you can not progress through the level. So if this happens you have to restart the level. It took me about fifteen tries to finally pass this level. This bug effectively ruined one of the best levels in the game. GAH!!!!!

If you can obtain a relatively cheap version of this game I suggest you buy it. I am certainly happy that I did not pay $29.99 or $19.99 for this game. I think anything less than $10 is about right. So, if you loved the Lord of the Rings hack and slash games, get a copy of Demon Stone. If you are looking for an RPG, leave Demon Stone alone.
Review Page Hits: 0 today (1,038 total)
mediahook