We've waited a bloody long time for this game. In the end, we get a very good game with spectacular graphics and just a few small flaws 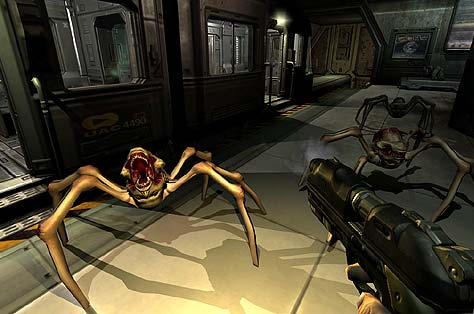 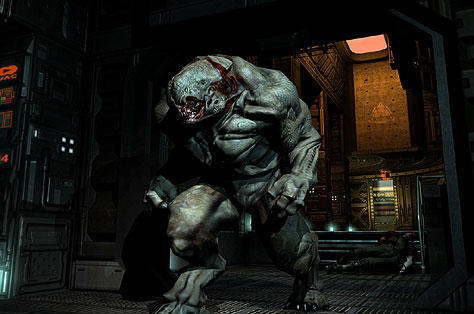 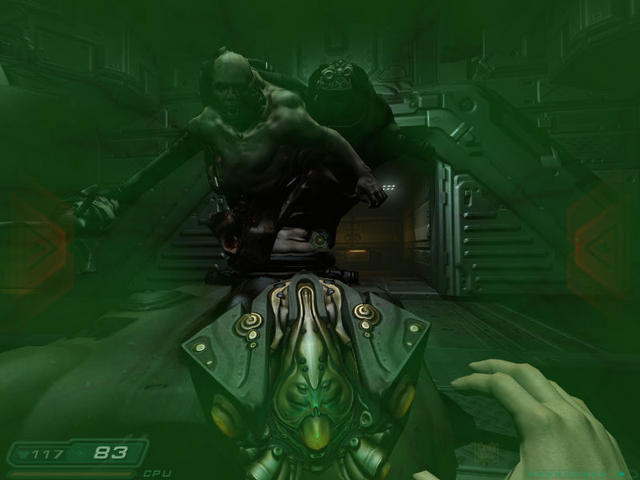 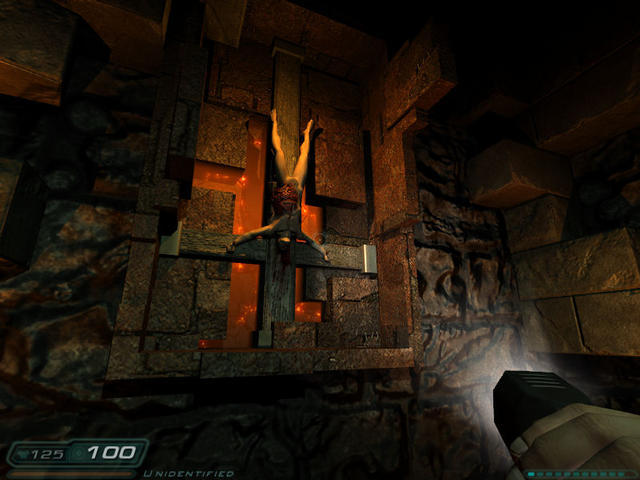 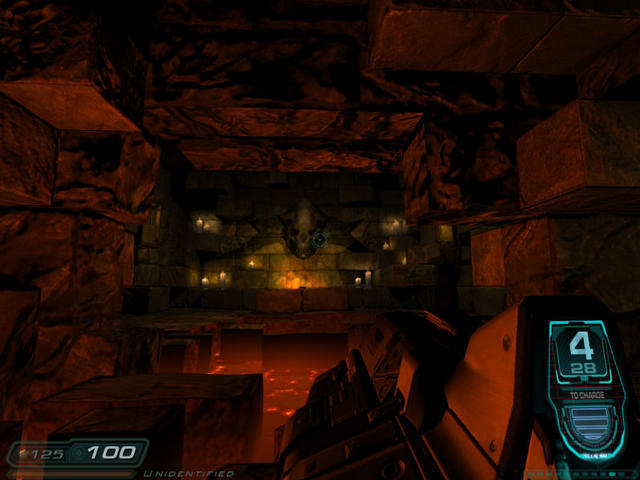 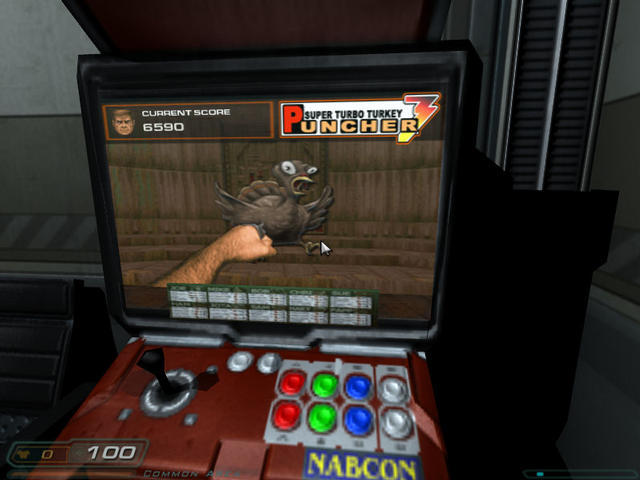 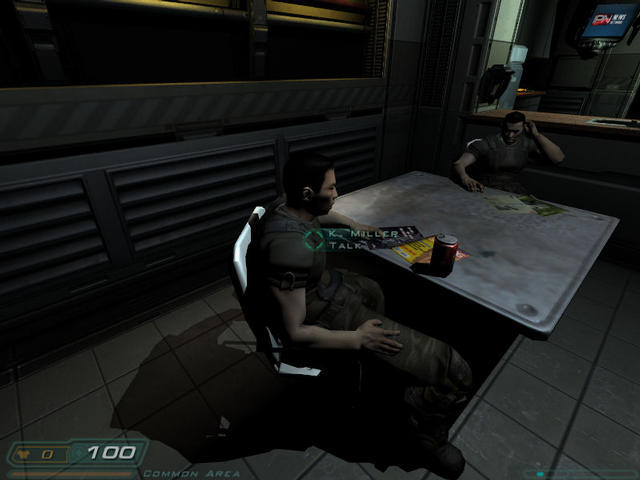 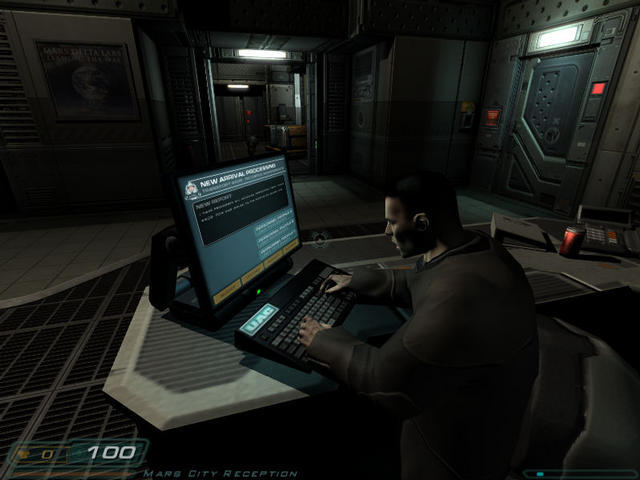 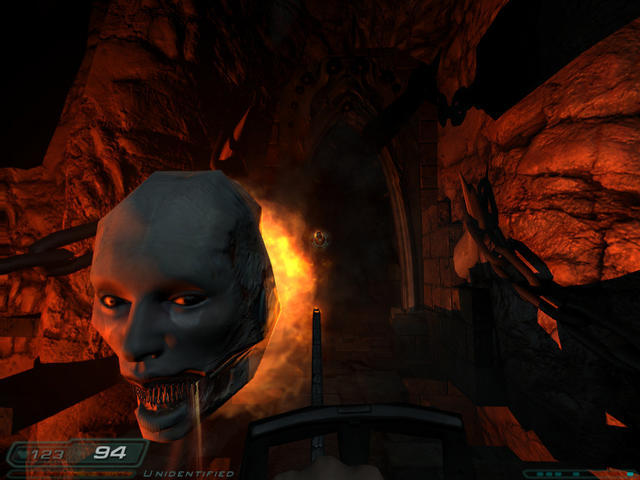 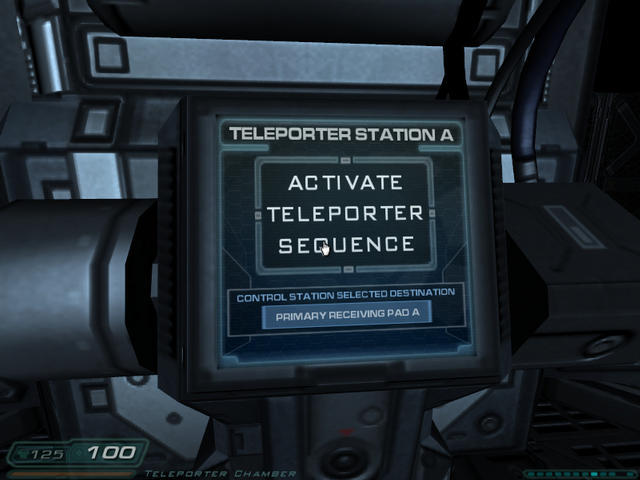 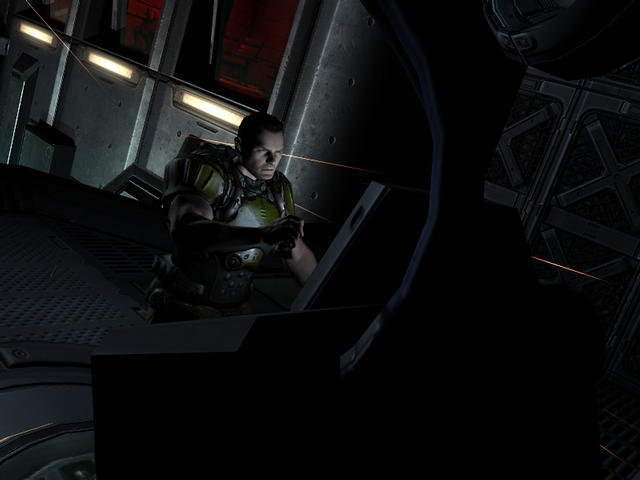 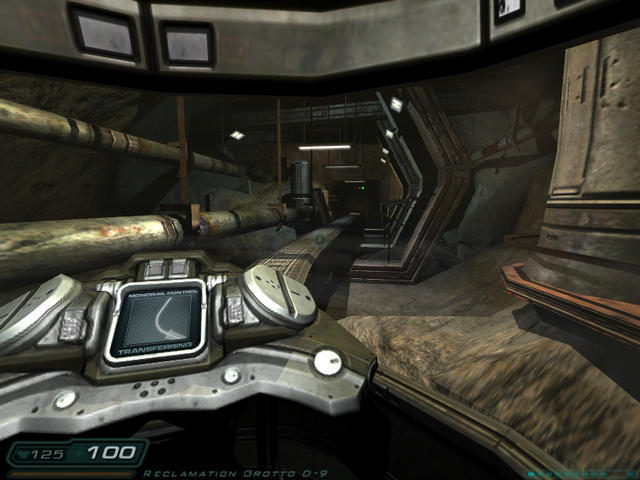 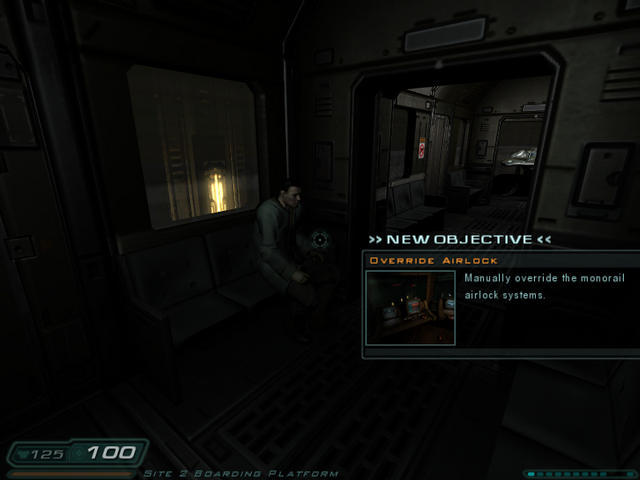 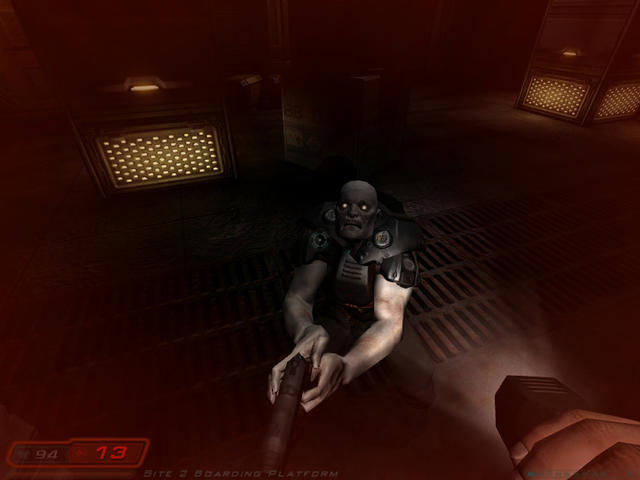 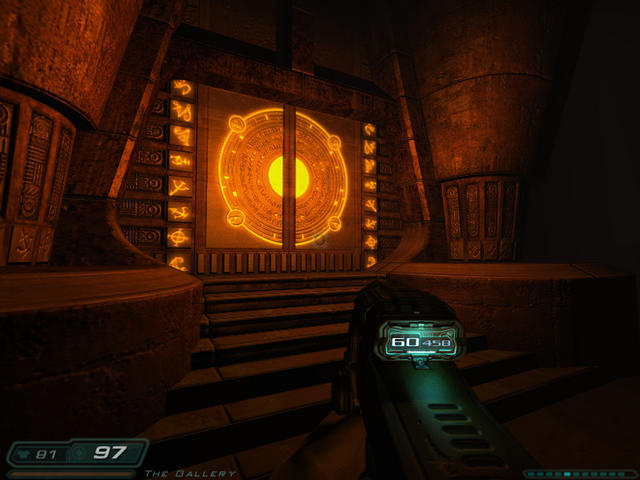 For the lucky few who have computers loaded with enough firepower to run Doom III, the long and anticipation-filled road to the new Doom sequel is at an end. The hardware requirements are stiff, but if you can muster up the RAM and graphical processing power to run it, you're in for a treat. ID Software has brought us yet another entertaining piece of gaming goodness, and it's very sweet and juicy, just like the human flesh the hellish legions of Doom III want to devour.

We'll start with the requisite touch on the new graphics engine on which Doom III is built. It's nothing short of phenomenal, with landscapes looking totally realistic and many objects in your way exploding as you shoot them or clattering to the ground as you bump them. There are basically two types of living models in the game, and oddly enough they behave very differently from one another. The demons, zombies, and other adversarial characters in the game are completely articulated and can twist, jump, crawl, and claw you to pieces. This is very good and an imp can give you quite a start when he springs out of a corner into your face. On the other side of things, you have the non-demonic human characters, who behave almost like marionettes. Their movements are jerky and wooden, which is something ID could have easily remedied, but for some reason opted not to. However, they don't play an especially integral part in the game, so this is a forgivable sin. Apart from the models, all the other visuals are crisp and shockingly lifelike. The use of lighting, in particular, is stunning and adds a new level of fear to the franchise by allowing a monster to be hidden by shadow until you're practically on top of it or can see its beady eyes shining by lamplight.

The sounds of Doom III are pretty much what we should expect to hear from a game that features Hell as an actual level. Each creature has its own distinctive shrieks or bellows, and your guns make lots of nice noise. Apart from that, there are some creepy cackles and screams in the background, and everything is sometimes mixed with a roaring hard rock soundtrack. Other times there is absolute silence as you creep down a corridor. Overall, the sounds and music are acceptable and generally appropriate, but nothing special.

In a departure from the very straightforward, slaughter-all-the-demons plots of the first two Doom games, ID has added a few main characters who drive the very predictable plot. According to the developers, Doom III was meant to be a plot-driven single-player experience. Sure, it sounds good, but the plot they put there is terribly thin. Instead of demons invading from their own portal, a mad scientist helps them make one with the help of some newly-discovered Martian artifacts. Booooooring. If they wanted to give us a plot, they could've done a bit better. There are a couple different objectives to each mission and a few code numbers to write down, but it's still essentially finding keys and opening doors. So be it. I guess you can't do everything right.

The most important part of any game, beyond all the glitz, is still and always will be the gameplay. So how does Doom III stack up, hmmm? It actually does pretty well. With a new physics engine guiding movements and concussions, you can get batted around, a flying demon can get redirected with a shotgun blast, and a rocket will send a little guy flying or knock a big guy back a step or two. This is very useful in strategizing, and now you can finally duck and jump in addition to running, a luxury unavailable in Doom and Doom II (unless you hacked the games, you cheater). Control is dead-on, and the challenge is very well-balanced throughout. You don't really ever come to a spot with so many monsters you have no choice but to die, and if you do there's usually a way to lure them apart. That's not to say it's an easy game... which it isn't...but you also won't find yourself feeling cheated. If you die, you either rushed in somewhere too fast, let something sneak up on you, or backed into a wall where you thought there was a door. Drat! Also...if you find something about the game too easy, Nightmare mode opens up after you beat the game once. While it's not quite the impossible caliber of Nightmare mode for Doom II, with unlimited demons spawning, you've instead got a different perpetual problem to deal with...but I'll let you find out what it is. You can complain about it later.

So what we have with Doom III is a miraculous graphical display that's really really fun to play a few times. It lasted me about 2 weeks of daily play before I was tired of it. There are plenty of little creepy moments where your skin will crawl, and others where you'll jump in your chair. I recommend surround speakers and a dark room if you want the best experience, but to each his own. The shortcomings with the human models and the lame plot are not very problematic, but they're noticeable. I'd call it a weeklong rental over a purchase, but maybe that's because I paid $55 for it. If you can grab it for $35 or $40, I say go for it.
Review Page Hits: 0 today (374 total)
mediahook