A game that deserves its' status as the worst game of all time! 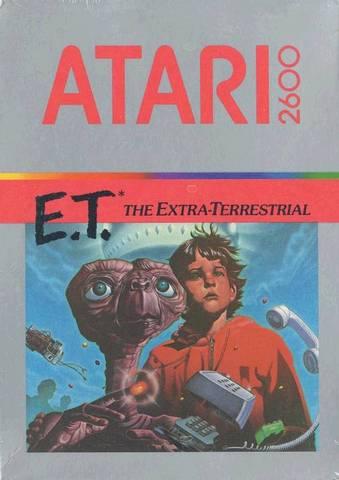 Yes, it is as bad as its reputation. I like to refer to this as a "game in name only" because a game indicates fun, and nothing in this cartridge resembles anything fun. The graphics are bad (even for their time) and you spend nearly all of your time falling into pits and trying to get out. I'm not a big fan of the movie, but I have seen it and I don't remember any pit-falling incidents. As the story of the game goes, it was programmed in six weeks in order to be released for the Christmas season. It shows. The object is to gather pieces of E.T.'s phone in order to, you know, phone home. You cant move very far before you fall into one of the million pits in the game. The title screen and music are nicely rendered, but that is where the wow factor ends. Not good when the best part of the game is the title screen.

To be honest, the only reason to own this game is because you are owning a piece of history. This game is largely blamed for the Video Game Crash of 1983. Millions of unsold cartridges ended up crushed and buried in the Arizona desert. How appropriate. It's hard to think of a better contender for the title. It is definitely the game that deserves the title "worst video game of all time."
Review Page Hits: 0 today (672 total)
mediahook