In an ironic turn of events, today madness will prevail over order in this expansion for Oblivion 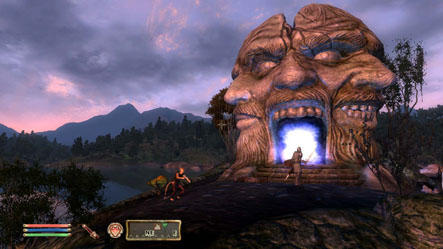 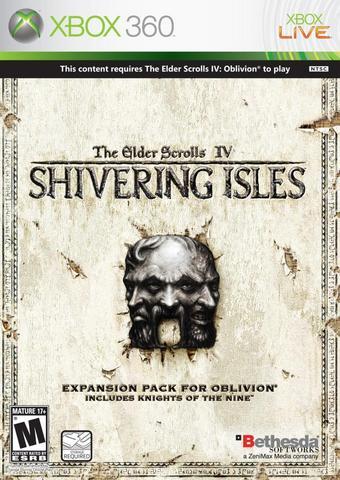 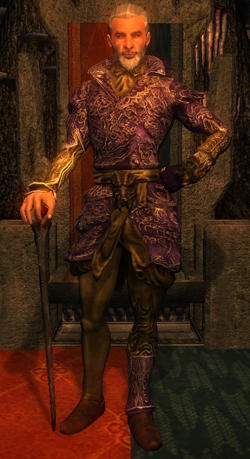 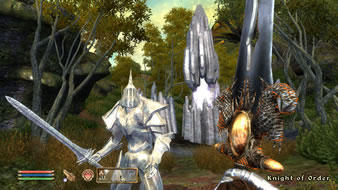 I'm not lying about the summary. In Shivering Isles: Madness > Order. Or more to the point, madness is good, and order is bad. Kind of strange, but that's the way it is. Besides, helping out the prince of madness can have its rewards...

There's less to say about Shivering Isles than there is about the Elder Scrolls: Oblivion, because Shivering Isles is an expansion, not a stand-alone game. It can't be played without Oblivion. You're going to see that in-game because it's in the actual land Oblivion takes place in that a gateway into the realms of madness opens.

A few things take place before you're let in on the story, but don't really matter until up into the point where you have to take on the Gatekeeper. His job is as it sounds. He's a giant monster that keeps people out of the Isles. See, when you enter, you're just in a place called the Fringe, but the Isles are past the door the Gatekeeper is guarding. You have to defeat him to get past. Afterwards, you're given two doors you can go through: Mania, and Dementia. There are a few differences in the doors later on, but I won't spoil it, since it falls into the story. Mania and Dementia are also ruled by a duke or dutchess. Later on you'll get a chance to become a duke/dutchess of either of the two you choose, but that's later on.

The Daedric prince of Madness, Sheogorath, and his land are threatened by the Greymarch, which is an event that happens at the end of each era. The Isles get destroyed by the prince of Order, Jyggalag, and Sheogorath has to rebuild them again from scratch, and he wants you to help him prevent it. That's about all I can say without spoilers. That's also the main quest of the Shivering Isles expansion. But like Oblivion, there are also sidequests and extras, like some strong weapons and armor, new items, characters and so on. In fact, some of the best swords (and one blunt weapon, if you pass a certain point in the game and your blunt skill is higher than your blade) are gotten by going through the main quest. You also pick up the achievements by completing the main quest.

Nothing much differs from Oblivion, because the gameplay and controls are the same. You don't lose any items when you travel through to the Shivering Isles, and you can come and go as you please.


Graphics 5/5
As far as the shiny graphics go, it's the same as Oblivion itself. They did change the visuals, though. It's nice to see something besides grass, water, grass, water, castles, and so on.

Sound 5/5
Sheogorath is a riot. His voice is played to match his character (and title as prince of Madness) and so is everything else as far as voice acting goes.

Gameplay 4/5
I have to admit that even with a new plot and new visuals, it is still a bit of the same. The gameplay can get a bit frustrating on some levels. It's wise to bring some health potions, and focus on stealth in the dungeons and caves. At most points, monsters and baddies are grouped together in groups of two or three. My only advice is to be cautious. Or just run, cast an invisibility, rinse, and repeat.

Replay Value 3/5
Shivering Isles is nice, but it's not as long as Oblivion itself. Some people might find themselves quitting after beating the main quest, or frequently hopping from the Isles back to normal Tamriel (land Oblivion takes place in) to go do things, then go back later.

Overall 4/5
Shivering Isles is a nice addition, but the keyword is addition. Keep in mind it can't be played without Oblivion, so it can't be an alternative to Oblivion. But it's a break from it. And if you can play through, you can get a few nice weapons and items you can't get anywhere else, as well as 250 extra achievement points.