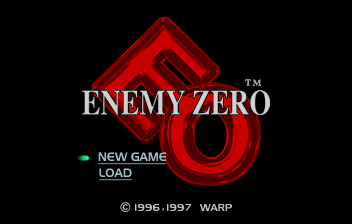 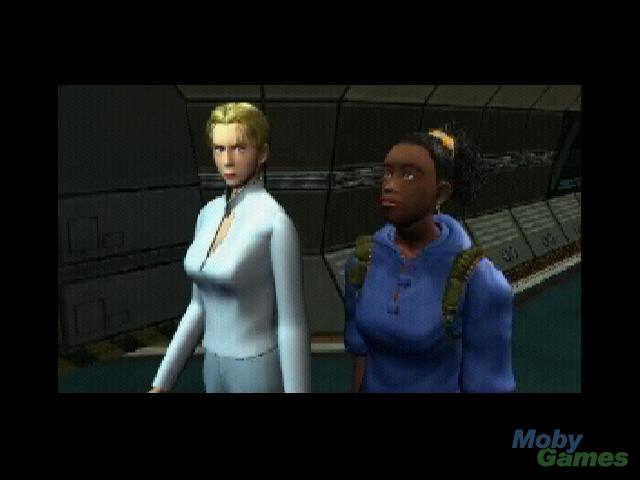 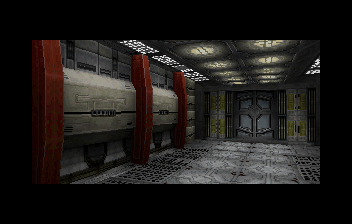 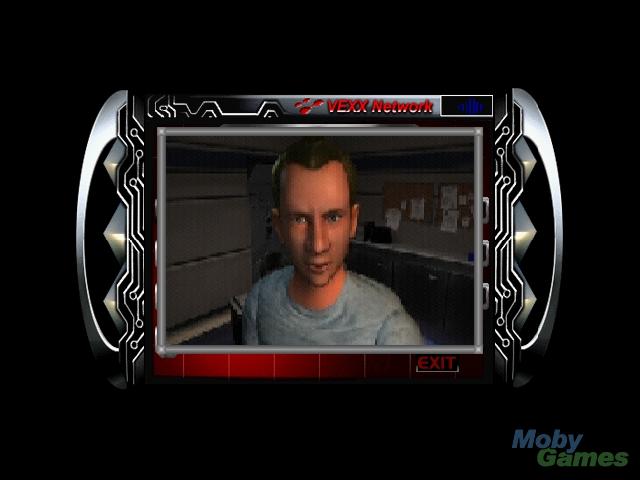 This review has spoilers, so if you do not like them in your reviews you may not want to continue reading.

There may be many reasons to play this game: Kenji Eno and its relation to the D games because of Laura, or maybe you just like these types of games.

By the way, about the above statement on Laura, she is either the same Laura or he's dishing out some kind of racist view of what he thinks all North American woman are like. I personally think it's the same woman. You'll also notice he uses some of the same character names from other games by him.

On a side note anyone who thinks this character is different has to understand my reasoning:

Each character also has something wrong. In D she had the family bloodline, in D2 she was a clone, and in the Enemy Zero game she's an android. In both D and Enemy Zero she even has the same last name. I do not think it is a different person, even if it is done subconsciously, and this is my reasoning behind that.

Now more on the game. To sum up, starting the game you should watch the opening scene on disk 0 if you have never played before. If you have played D or D2, you will notice that the game has similar mechanics to both of those. For instance, puzzles are kind of the same (read a paper here, figure it out there). Movement is in first person, but set up much like D-2 where when you're in a room you move around, pick things up, and look at or use things like the computer and access your inventory. You can also only save in these types of areas. Outside of these rooms or "Safe Areas" are places you use your energy weapon, or at least just try not to get killed by the invisible enemies running all around. In these areas you cannot access your inventory or save.

Puzzles can be annoying. One I recall had to do with switches to access a floor. There were four sets of three switches and a number on a paper taped to the box. It took quite a bit for me to figure this puzzle out, not because I had to figure out what the numbers were - that was pretty obvious, as I had just gotten off an elevator with three switches. It was that I had not been to each floor yet, so unless you had a walkthrough, you would actually have to play in the elevator a bit and write down which switches you flipped to get to which floor. I have kind of a little diagram below. If someone knows an easier way, great, but I never figured out another way to do this puzzle.

Switches on elevator
I I I

Aside from puzzles, fighting can also be annoying. Until the last disk your weapon only holds a few shots and to recharge it you need to find a charging station. They are not in abundance, and this is when you have a gun. Also, creatures you fight are invisible - you see nothing of them until they are dead and that's only for a second. Instead, you hear beeps - how fast the beeps are or how they sound tells you approximately where the creature is and if you do not fire at the right time, you're dead. There is no health bar - you cannot get hit.

Saving is done by a recorder in your inventory. You should save often in save areas as not to have to repeat things. You may have a limited number of them, but it beats having to go back a disk or two because you could not be bothered. Frankly, unless your doing it after each fight or room, you should have enough for the entire game.

The basic story is that Laura awakens from suspended animation on the spaceship Aki which is headed back to Earth when the ship's emergency program wakes everyone up because a hostile alien has gotten on the ship. Now Laura has to figure out what's wrong. You find out that something is killing everybody off. As you go through the game, more of them will die and the plot will thicken. I am going to leave this part at that, as I think I have given enough spoilers already and maybe should allow you to at least enjoy the story.

With all this said, sometimes I like this game, but most of the time I hate it, if that makes sense. I will continue to own a copy, whether it be on Saturn or PC, but I think it could have been much more than this, and if they re-release this on PS3 completely renovated and new on one disk and a longer story, I may buy it. The concept is good, but like I said, could have been much more. This game, in my opinion, lacks to much, whether that be story or gameplay.

This is not to say that it's not a good game, and I am sure many people will love it. I have it for collectible reasons, and despite countless bad reviews, I know people who like this game and have read good reviews on the internet. If you own a Saturn and collect games, it is worthy of your collection. It just might not get very much play. Both PC and Saturn versions are the same, although on my PC I can use my PS2 controller with the attachment I have, making movement and what not a hell of a lot easier in the game for me.

I am not going to give this a bad review, as I do not think it deserves one. However, on the same note, I cannot honestly give it a completely good one either.

Now about my ratings:

The graphics for both game play and video are pretty good considering the age of this game. When compared to other games of the time, the graphics compete very well.

Not that the sound is complete crap. There is some good music and what-not along with annoying sounds you would expect to hear from your 286, and lets not forget that you do not see enemies - you hear beeps. "If I never hear another beep again, it will be too soon". A better idea for this might have been radar in a little corner somewhere.

Do you read sutter cane????
If your not completely mad before purchase, no worries - this game will drive you all the way there at times. With no health bar and dying if a monster farts near you, a save that's hard to remember to use, and the cheapest K-Mart laser they could give Laura, you'll find yourself going back and forth with disks and swearing at the game, even if you tend not to at games. Here I think you will. With practice, you could get good, but you'll have to cool off from your first playthrough first.

Even if you love being punished, you'll probably not want to torture yourself with another playthough right away, but there will be things you could have missed and you may play it again.... in the future.... when you forget the pain.

This gets an A. It's not hard to figure out what you're supposed to do - it's just a pain in the butt to do it. Whether it be moving your character, fighting, or doing a puzzle
Review Page Hits: 0 today (170 total)
mediahook