Overall, a great game with new innovations, but it just needs to stamp out the little bugs and problems. 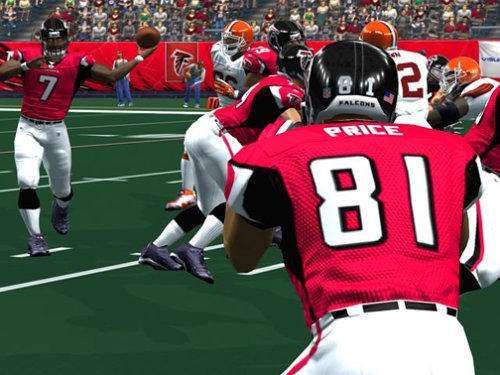 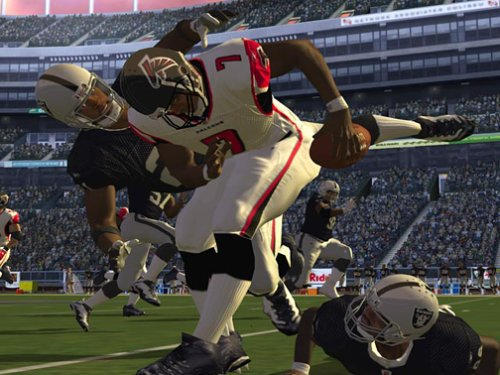 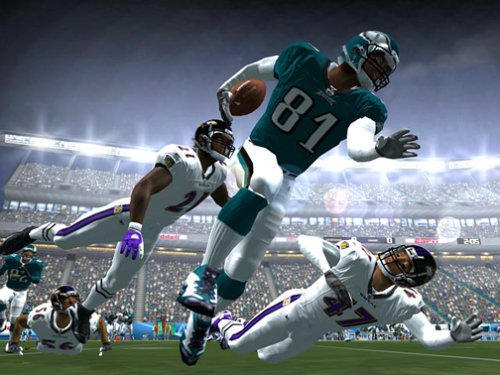 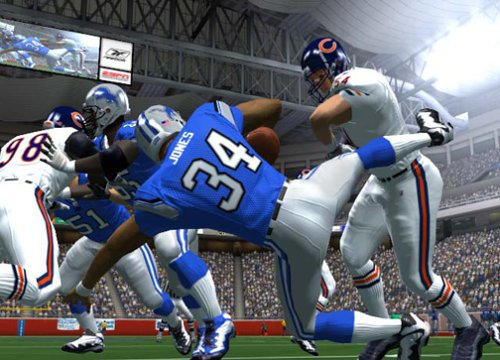 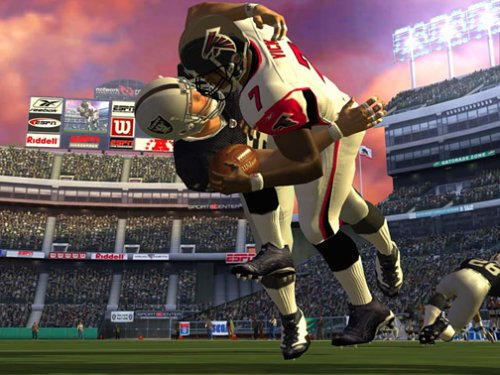 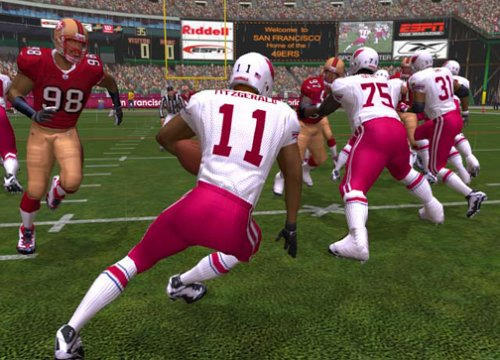 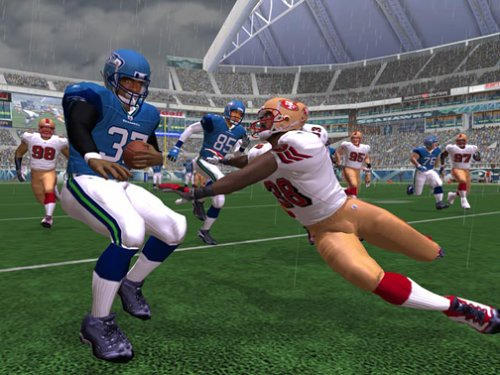 This year's edition of ESPN NFL came extremely close to matching Madden, and many people even switched sides, in part because of the shocking $19.99 new price tag (which many think was long overdue for sports games).

ESPN NFL 2K5 has pregame, halftime, and postgame wrapups and summaries, done by ESPN sports personality Chris Berman. With the addition of Berman, it really added to the already excellent ESPN feel.

If you have the PS2's HDD, you are in for a treat, as the SportCenter and halftime and postgame shows will actually show highlights from YOUR game and YOUR actual gameplay. This is, to say the least, a dream come true. If you don't have the HDD, you still get motion highlights from CPU-simmed games, which is still pretty damn sweet.

I like Sega's Crib ideas, and it's a lot of fun to take a break from the gridiron action and just buy some stuff for your crib. But I wish that it was a little more interactive. Granted there are games, like paper football and darts, but I wish that there were some cool things to do besides that (which is just me being picky and whiny).

Another addition that is interesting was the Celebrity Challenge. It takes the Celeb's gameplay style and simulates what they would likely do against you if they played you in a football game. They have some pretty cool people, such as Steve-O, Carmen Electra (woo woo), and Jamie Kennedy. The VIP addition is cool as well (it is what is used for the Celeb games).

The game has the ESPN 25th Anniversary Mini-Games, where you take 25 of the greatest football games in the last 25 years, and replay them. Basically, you try to change the outcome, or follow the same outcome, but be there and do it yourself. I like this idea, because it's a lot of fun remembering these football highlights, but I wish that they could have gotten the players' permissions to use their names, so that I wasn't playing as "#16", instead of Joe Montana (again, just me whining).

Sometimes, I found ESPN to be a little bit easy, even on the Legendary setting. They just need to fix a few little things, and they will possibly be better than the soon-to-be-former king, Madden.
Review Page Hits: 2 today (479 total)
mediahook