Not bad if you liked King's Field 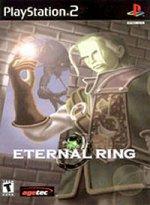 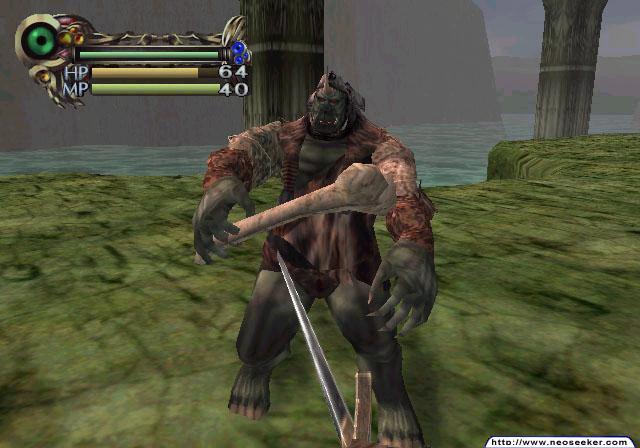 Eternal Ring, a game about a boy who journeys to an evil island in search of an almighty and powerful ring, which just happens to be called the Eternal Ring. This is not a bad game, but its not really that great of a game either.

Story-5
This is the worst part of the game I think. Not too much here. A boy goes to an island in hopes of finding a ring, while along the way creating new rings with gems that are found; that's about the extent of it. There are few attempts at creating a deep storyline, but they didn't work out very well.

Graphics-8
The graphics in this game can be breathtaking sometimes. I remember one scene in particular of some ruins in a great sea. The layout was beautiful and the whole picture was awesome. The downside of the graphics include two things: the attack animation and water. Attacking is like watching your arm fly off with a sword in it and then having it reattach afterwards. The water is usually made up of a few layers of blue textures moving in various directions. Overall, though, the graphics are pretty good.

Sound-7
Not bad, but a few of the songs get monotonous occasionally. The songs are standard fantasy/pseudo-classical RPG music. Overall, though, not bad. One downer of the sound/graphics category is some of the people. Sometimes the voice acting is decent, other times I could act better than them while at the dentist with numerous metal objects in my mouth with a few Xylocaine injections. Also, the lips never move right because this game was originally Japanese and the creators were lazy.

Gameplay-6.5
Decent gameplay. For anyone who has ever played one of the King's Field game, that pretty much sums it up, except you actually attack at a decent speed in this game. There still is a time/charge-up bar, but it's only used by magic, not attacking.

Replay Value-Moderately Low
Not much worth in replaying the game, unless maybe you want to try and get all the rings.

Verdict-7
Overall, this game is pretty fun, just don't play it for a whole day or you'll never play it again. It can get tedious after awhile, but is fun to play when you're taking a break from a better game or something.
Review Page Hits: 1 today (355 total)
mediahook