It has its share of problems, but Fallout 3's open world and character interaction represents one of the most impressive experiences of this game generation. 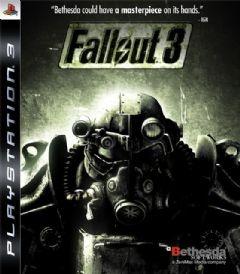 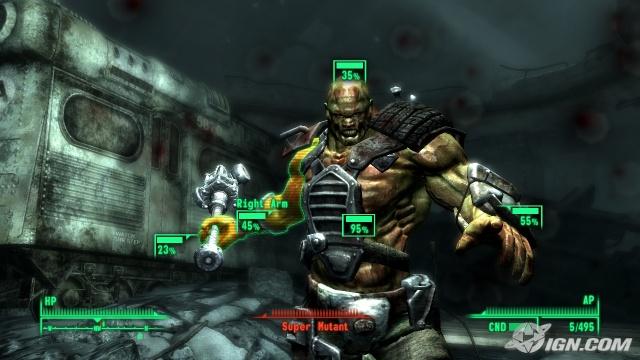 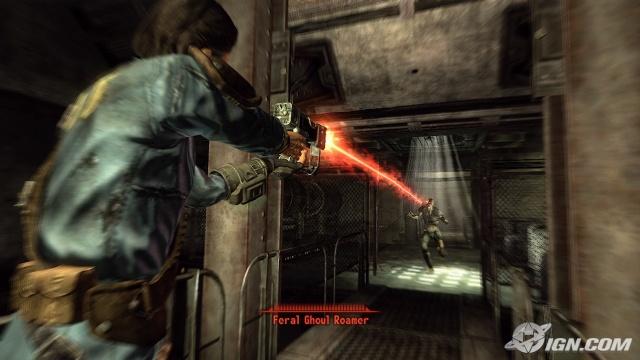 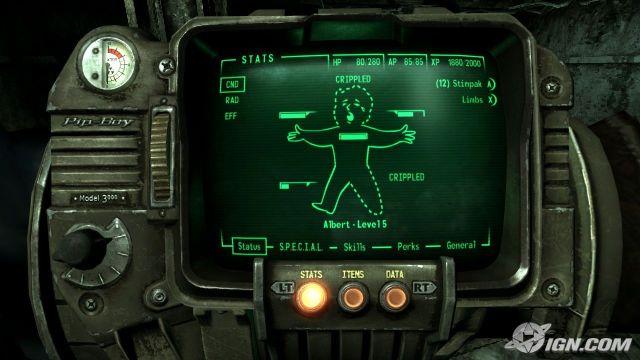 In Fallout 3 (Fallout), Bethesda has improved on the groundwork laid down in Oblivion and produced a much more fun and captivating experience as a result. However, the game is marred by technical issues* and unimaginitive designs, leaving you with a solid game played in a lackluster world. But these problems stem from what is the game's greatest achievement: an enormous, interactive, post-apocalyptic wasteland that is full of possibilities.

The game begins with your character's birth; you affect your character's development by making some choices in a few, key moments the first 19 years of his or her life, and then head out into the Capital Wasteland in search of your father. The main mission is surprisingly short for an rpg - you can plow through it in around 15 hours, an especially short time when you consider how much time you spend traveling by foot. The story is pretty straightforward (with an anticlimactic ending), which wouldn't be a problem if the storytelling weren't so bland. As it is, your character doesn't express much, removing a lot of emotion from the story, and most of the poignant scenes come out flat. There are some really nice characters in the Capital Wasteland though, all voiced well, carrying some of that famous Fallout wit and humor, so the narrative isn't completely lifeless. The people you meet are funny and entertaining, sometimes deep, and often full of conflict. These NPCs will also provide a variety of sidequests which have consequences that can shape the Capital Wasteland and everyone in it.

This is perhaps the most intriguing aspect of Fallout: you don't just play a character in the Capital Wasteland - you affect it with your decisions. You can save or destroy lives, get rich off others or give freely, and destroy homes or save lands. Your choices will also determine if people will see you as a good, honest person, or an evil, selfish bastard. Even this has consequences: the information and opportunities that NPCs give you are often dependent on how much they like you. Similarly, the handful of potential allies in the game will only join you if you have the right level of good or bad karma, and make the appropriate choices.

As for enemies, you'll find yourself blasting away at super mutants, mole rats, leather-clad raiders, and a few other creatures. An assortment of fun, creative weapons available to you to do so: a variety of guns and melee options that you will find, steal, and also create. Battling in third-person is a mess, but the first person action is just fine. It's almost like playing an FPS, just a bit slower and less accurate than your average shooter.

A feature called VATS allows you to pause the action and focus in on specific parts of your enemies' bodies for a few powerful, slow motion attacks that help you disarm your enemy as well as target unarmored or weak spots. It's fun, but it imbalances the game in your favor, especially when you're in your higher levels using stronger weapons. The enemy AI doesn't help at all, as everyone you face seems to have a death wish. Creatures who continually run up to you is understandable, but the raiders and super mutants are too aggressive: they rarely use cover effectively and often rush you with long range weapons. There's still a challenge here, as you will often be facing groups of enemies, but it feels cheap to continuously die simply because you are outnumbered and surrounded instead of outgunned.

While the action is fun and the VATS system creative, the Capital Wasteland is just the opposite. The world is textbook post-apocalyptic design - it's almost as if Bethesda drew all of their inspiration from a single viewing of Mad Max. The land is barren, with dilapidated buildings that are mostly indistinguishable from one another (interior or exterior), and a limited amount of creatures that generally aren't all too different from real life creatures. Graphically, the Wasteland and the creatures in it (and the game in general) all look great, it's just all very boring and uncreative. Yes, it's a post-apocalyptic world, and there are a lot of visual implications to this. But instead of embracing the unknowns of such a world Bethesda has handcuffed themselves to the assumptions of it. To make matters worse, the game's stories encourage players to spend a lot of time in repetitive subway tunnels and forces them to travel the vast, empty expanses by foot until they discover landmarks. And while the sound effects and voice acting are solid, the bland music doesn't bring much excitement (or anything else, really) to the world.

Despite these issues, the game should win you over. Though it's far from perfect, what it does well is addicting and immersive enough to make any issue admissible. While occasionally frustrating and dull, the anticipation of what lies ahead and the deep, intense player involvement ultimately makes the game fun and exciting. The game is full of humor, action, quirky characters, and interesting decisions, and the imprint you make on the people, places, and things in Fallout will leave quite an imprint on you as well.

*Game freezing bugs were experienced on both the 360 and PS3 version, though the frequency of them will vary from playthrough to playthrough.
Review Page Hits: 0 today (79 total)
mediahook