Another failed attempt to cash in on a popular TV series 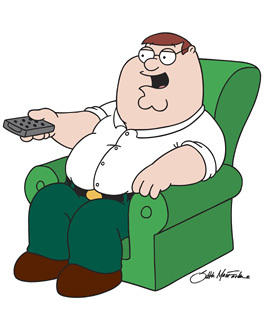 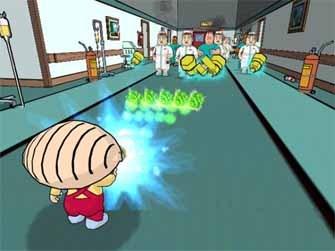 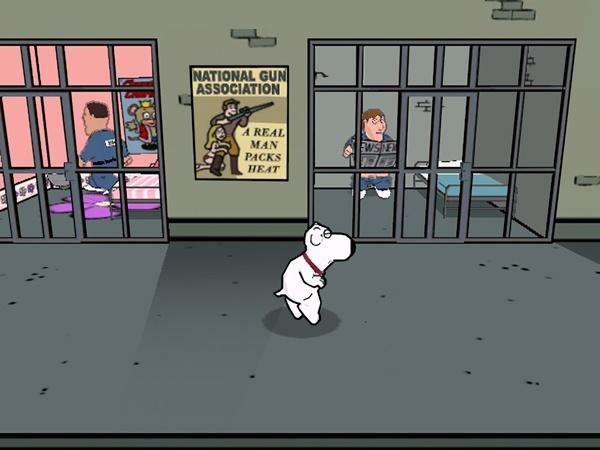 I'll get right to the chase, games based on TV shows and movies are almost always doomed to suck, and Family Guy is no exception to the rule. You'd think that someone somewhere would learn from the mistakes that the countless Simpsons games and movie-based games have made so that they don't repeat them, but after playing Family Guy I could tell no one bothered. I'm just lucky that I got this game for Christmas, otherwise I'd be demanding my money back. The Family Guy video game is just another lame attempt to cash in on a popular TV series. Why can't people learn more from the guys who made the Chronicles of Narnia and Simpsons: Hit & Run games? At least those were fun, and actually worth playing.

Throughout the mess that makes you wanna bash your head in, you get to play as Stewie, Peter, and Brian. Brian's accused of impregnating Lois's father's dog Seabreeze, so he's out to find out who the real father is. Stewie wants to foil Bertram's attempt at world domination and Peter is out to rescue his family from Mr. Belvedere because Peter thinks he kidnapped them since the last thing he could remember before winding up in the hospital was Mr. Belvedere.

I don't have any major issues playing as Stewie or Brian; it's Peter where I'm having the most trouble. Peter's missions involve going through beating up the elderly, little kids, and even police officers. For whatever stupid reason, the developers thought it'd be funny if you couldn't punch the little kids but rather the only way you could damage them is by kicking. This applies to police officers as well, but with everyone else you can only damage them by punching. Peter will learn new moves throughout the game, but it's the controls that make them extremely hard to pull off. You could be standing near a car, but you'll be punching and kicking it for minutes at a time before Peter finally decides to head butt it like he's supposed to. When you're fighting off the SWAT team, you'll be beaten to a pulp before you can leg sweep them. You'll practically have to get through them by sheer luck or hoping you can knock one of them down and toss him at his buddies.

Brian's missions involve stealth and not getting caught by the people around you. He'll have to rely on hiding in the shadows and wearing disguises to get through each area. Along the way you'll have to pick up case files, which lead to a non-sequitur mini game where you can win special power-ups every time you succeed in one of these, most of them allowing Brian to turn invisible for a short period of time

Stewie's missions tend to remind me a little bit of Space Invaders because he'll be shooting at anything that gets in his way and there are parts of his missions that remind me of exactly that. The problem with his missions are the platforming parts where you have to jump from one platform to another to either reach an item or to access a new area. Given the way the game is animated, it is sometimes hard to discern perspective. What I mean is that you could think that a platform is in one spot when it's actually in another and you'll end up falling and being forced to start over.

For someone who has never seen the show before, the dialogue may seem funny but if you're a fan, the dialogue is largely reused from the TV show and therefore uninspired. God forbid the writers should actually have to come up with original material.

Only the most die-hard fan would want to buy this game and play through it. If I were you, I would avoid buying this brand new and I think even renting this game would be hazardous to your health. If you must play this game, you better have gotten it free from a friend or something and may God have mercy on your soul.
Review Page Hits: 2 today (421 total)
mediahook