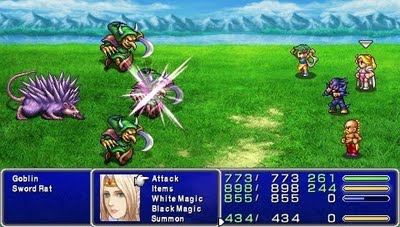 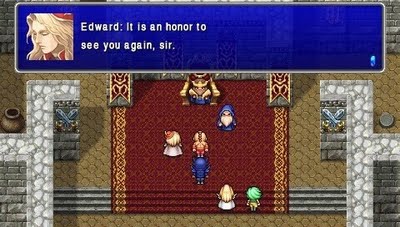 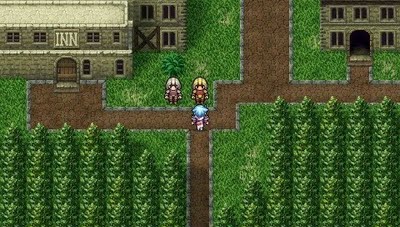 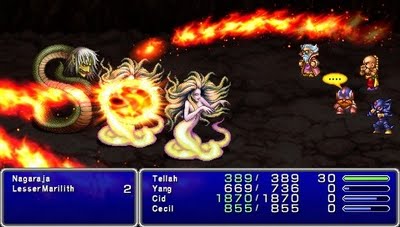 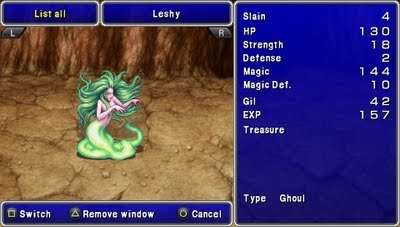 Final Fantasy IV has been one of Square-Enix's favorite titles to remake/port over and over again. From the original PlayStation to the Game Boy Advance, Final Fantasy IV has been around in various forms. Now the complete experience can be played on Sony's portable in Final Fantasy IV: The Complete Collection, which consists of the original game with enhanced visuals; The After Years, an episodic series of games formerly exclusive to WiiWare and the iPhone; and a brand-new Interlude that bridges the two together. Is this collection the ultimate fantasy?

Meet Cecil Harvey. He's the head of the Red Wings, an airship force that is the marquis of the kingdom of Baron. Their mission is to retrieve the world's supply of crystals through any means necessary. However, Cecil begins to have doubts once his team massacres a group of innocent mages just to gain the town's crystal. The king of Baron (with a seemingly new personality) hears of Cecil's doubts, kicks him off of the Red Wings, and relegates him to a mission to take a package with childhood friend Kain to a faraway village. When this does not go as planned and the package is actually a bomb that sets the town on fire, Cecil and Kain only further question the motives behind Baron and its power-hungry majesty.

The tale of Final Fantasy IV (known originally in North America as Final Fantasy II) is a complex one with characters that grow throughout the game. Characters come and characters go, sometimes sacrificing themselves for the common good. Each party member has their own skills and abilities to separate each and every one from the pack. Cecil can use his dark knight powers to sacrifice hit points to damage enemies, Rydia can summon creatures and use black magic early on in the game, Tellah is the magic user of the party and utilizes some devastating and helpful magic in battle, and Yang can establish rank in encounters, obliterating foes with his martial arts skills.

Your party has a maximum of five members. As stated, they come and they go as the story permits. When one leaves, eventually another joins. In all, over ten different members will join Cecil in his quest throughout the duration of Final Fantasy IV to take down the sinister Golbez, the seemingly omnipotent menace that thirsts for all of the crystals for unknown reasons.

Battles in Final Fantasy IV were revolutionary for its time. The game used an active-time battle system, something that future Final Fantasies would feature. Each party member has a bar that slowly fills up. Once it fills to capacity, then that party member can choose an attack, spell, item, or other option in combat to utilize on their fellow party member or foe. Meanwhile, their enemies used the same concept. Certain spells like Haste and Slow could fasten or decrease the speed of a character's bar to either help or hurt their chances in battle.

Magic plays a huge part of combat in Final Fantasy IV. While not every party member can use magic, the ones that can't can use items to heal and help their fellow man or woman. Magic uses up a certain number of MP depending on the type of spell used. Some monsters are immune to some types of magic. Some will counterattack with a powerful move if magic is used on them. Strategy is key in battle, whether it's with magic or items.

Final Fantasy IV features an overworld and an underworld. There's plenty of side content to partake in, summons to learn, extra bosses to battle, and hours to sink your teeth into. The main game lasts around 25 hours if you're really smoking. The games that accompany the main game, The After Years and the Interlude, don't fare quite as well. Not only are they far too linear in dungeon design, but they're quite short. Sure, there's an interesting moon mechanic in battle where when the moon wanes, attacks are increased in the Interlude, but that does little to make this new mode worth it.

Final Fantasy IV: The Complete Collection has gotten smacked with the pretty stick. New higher resolution sprites and backgrounds have been crafted, and they look quite nice. They're detailed, colorful, and full of charm and character. Nobuo Uematsu's classic score is represented well. Players can opt to use the original soundtrack or the updated Nintendo DS version, and this option can be switched at any time. Overall, the PSP presentation of the game is excellent.

While The After Years and the Interlude of Cecil's compendium of adventures may not be worth playing through (only the greatest fans of Final Fantasy IV lore should check it out), Final Fantasy IV: The Complete Collection is worth it simply for the original game remade in stellar form. Even if you've played this title twenty times, it's to your advantage to pick up the ultimate incarnation of Final Fantasy IV. For only thirty bucks, this collection is a steal.
Review Page Hits: 0 today (213 total)
mediahook