First Impressions of Earth (Strokes, The)

Ambition cannot be a bad thing, can it? 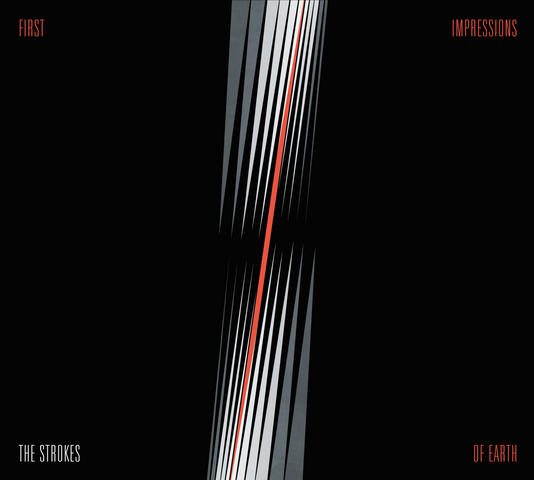 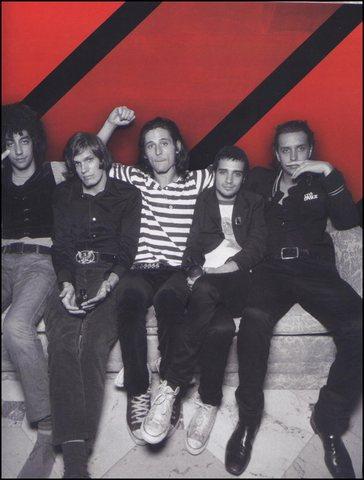 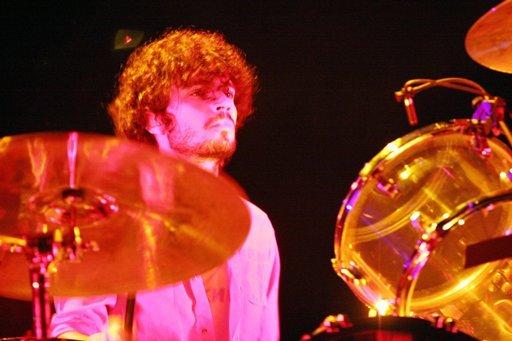 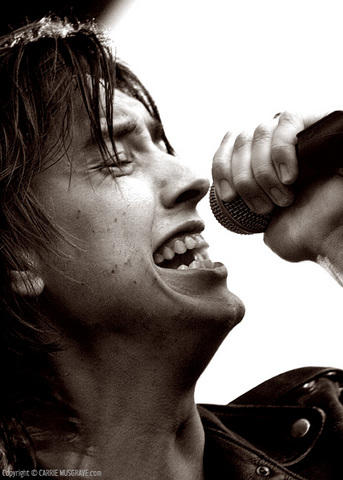 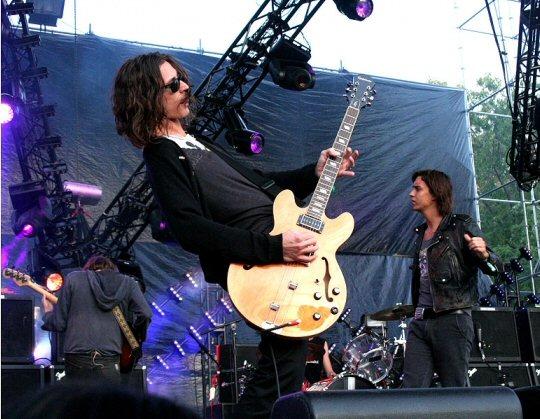 In lieu of The Strokes upcoming album, I feel the need to give my say on their first three releases for no reason other than I cannot wait for what they have in store for 2009. With that said, I am going to tide myself over by listening to them ad nauseam, writing about them, and hopefully taking up enough time by doing so that I do not spontaneously combust before it is released. Thank you for your time and continue on for the review of The Strokes third album, First Impressions of Earth.

First Impressions of Earth. Based upon the title alone, there is very little doubt that The Strokes were going for something big on their third record. Starting with Is This It's complete lack of concern and Room On Fire's darker, more self-conscious style, The Strokes have always used album titles to describe their ambitions. With FIOE the boys stretched their sound in every way imaginable, tackled many complex (and occasionally convoluted) issues, and took some huge gambles; in the end resulting in an almost grandiose release that clearly leaves it all hanging out, without reservation.

Not a band to rest upon their laurels, The Strokes took several risks with FIOE and in no way does it become more apparent than in their sound. On their first two records The Strokes maintained a decidedly lo-fidelity, uncomplicated sound. From the very beginning it is undeniable that The Strokes' musical chops have skyrocketed in comparison to their early days. Utilizing longer arrangements, intricate musicianship, and much more abrasive songs, FIOE is not a sunny afternoon album. Another aspect that stands out is that although it contains 14 songs when compared to 11 on their first two albums, FIOE is over fifty minutes long whereas Is This It and Room On Fire were both around 35 minutes each. With some songs going over the four minute mark, The Strokes do nothing to try to hide the fact that they will no longer settle to produce two-and-a-half minute radio hits. It must also be noted that before FIOE lead singer Julian Casablancas made use of a vocal filter, in essence making his singing somewhat muddled and lower in the mix. With their third record, however, Jules removed the guise and what you hear is what you get. With all of that said, analyzing the individual aspects of an album can get tiresome, so let's get into what counts, the music!

Kicking off the album, "You Only Live Once" is a masterpiece. Featuring a jangly guitar riff provided by rhythm guitarist Albert Hammond, Jr, undermined by Fabrizio Morretti's always under-the-radar drumming, the song kicks into the rock stratosphere with it's beautifully punchy chorus and touching conclusion. The Strokes waste little time when it comes to introducing their new 'sound,' as the second track "Juicebox" is quite a shock. Lead by bassist Nikolai Fraiture's rhythm line, the album's first single is brash, uncompromising, and unlike any other Strokes' song before it. "Heart in a Cage" and "Razorblade" follow and do little to lower the intensity. After a couple of other tracks, The Strokes pull a complete rabbit out of their hat with "Ask Me Anything." Making use of a Mellotron (played by guitarist Nick Valensi) and Julian's voice who sings, "I've got nothing to say" relentlessly as the song's main lyric, "Ask Me Anything" unabashedly stands out.

Although different from their previous releases, upon until the halfway point, FIOE features very few missteps. Unfortunately, the second half of the album does not fair as well. Starting with "Electricityscape" it becomes apparent that the boys are venturing somewhat tentatively into uncharted territory. Although still with their positive aspects, the next few tracks all the way through "Ize of the World" tend to try to be too much. Whether they are overly aggressive, ("Electricityscape," "Fear of Sleep") overly long, ("15 Minutes," "Killing Lies") or just plain strange, ("Ize of the World") they all come across as forced. Thankfully FIOE ends on a good note as both "Evening Sun" and "Red Light" are essential Strokes' tracks.

As it stands, First Impressions of Earth is a difficult album to pin down. With tracks such as "You Only Live Once," "Heart in a Cage," and "Red Light," one cannot discount that The Strokes can pen emotional, moving songs. On the other hand, there are more letdowns present than on either of their other two records combined. In the end, however, FIOE is without a doubt very ambitious and is a record that shines a very bright light on the future of the band. Through taking risks, The Strokes have proven that they are a band that is inspired to improve and change, regardless of the cost, and that's what it all comes down to in the end.

(From the album's wiki)

All songs written by Julian Casablancas, except where noted.