Flashback: The Quest for Identity (Genesis)

No matter which version you play, Flashback is more than deserving of all the praise and acclaim it gets. 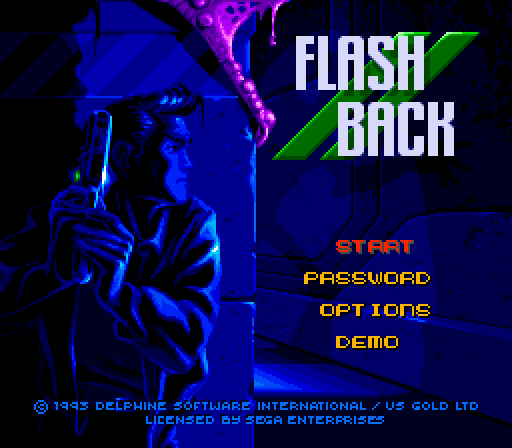 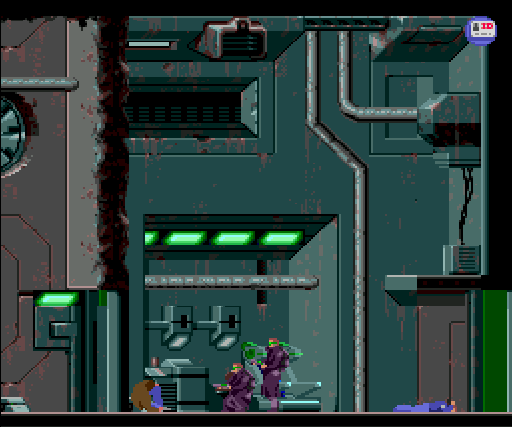 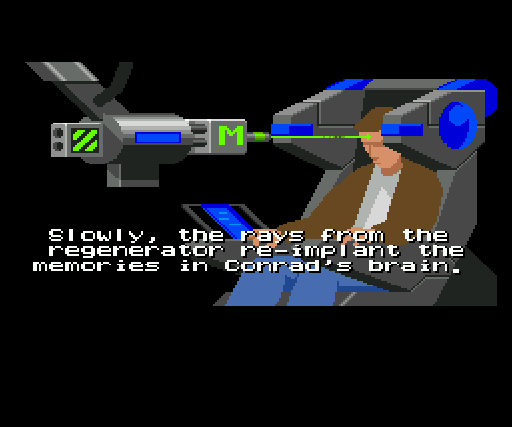 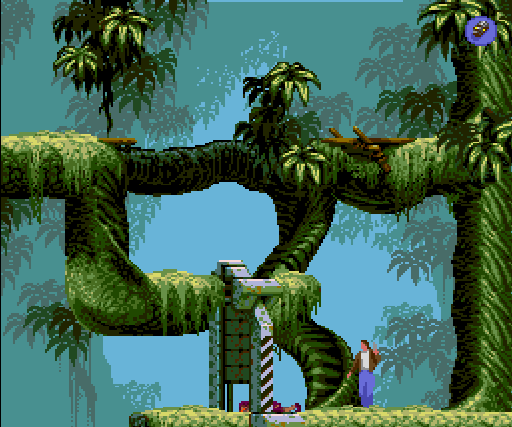 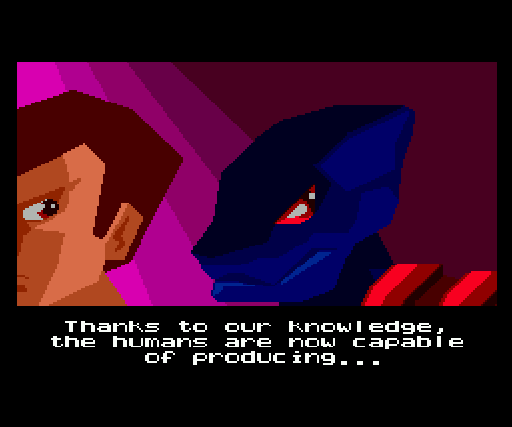 The back of the box bills Flashback: The Quest for Identity as "The CD ROM Game in a Cartridge." While this concept may seem somewhat puerile nowadays, one must remember that Flashback was released just a couple months after Myst hit the Mac and those full-motion video games on CD ROM were still considered to be the future of video games.

While Flashback on the Genesis doesn't have any FMV, it does have impressive fully animated polygonal cutscenes that give it a similar "cinematic" look to the CD ROM games of the time. When the game was ported to the Sega CD a year later, the polygonal cutscenes were replaced with CG cutscenes, which, in my opinion, look worse than the original cartridge cutscenes, and the CG cutscenes also somehow seem a bit out of place compared to the rotoscoped look of the rest of the game.

Yes, thankfully there IS a "rest of the game" outside of the cutscenes. It follows the story of Conrad Hart as he discovers a sinister plot by aliens to take over the world. It's smartly written, and the game actually starts with Conrad escaping from the custody of the aliens after having his memory erased. Your escape vehicle is shot down somewhere in a dense jungle base, and you begin the game by regaining consciousness in this strange, unfamiliar world. Your goal is to figure out where you are and who your are, and once you do that, to stop the aliens' plot at all costs.

Although the in-game graphics it may look like a relatively standard platform game setup (apart from the rotoscoped look of the characters), your standard platform game controls do not apply. They've been replaced with slightly more realistic and complex set of controls that take some getting used to. For example, you press up to jump, but if you want to jump forward across a small gap instead of straight up, you'll need to hold the action button and press up.

Through most of the game you'll have the use of a gun to help you take out the bad guys set on killing you (whether they're mutants, robots, crooked cops, or even the evil aliens themselves). Your gun has unlimited ammunition and a fairly rapid rate of fire, but anything that doesn't die in one hit often has a small period of invulnerability to fire back at you before they can be hurt again.

This is where your forcefield (which you'll also have throughout most of the game) comes in handy. You can activate it at any time to give you frontal protection for roughly half a second. It takes a moment to recharge before you can use it again, so the key is to time it just before the baddies take a shot at you, then seize that moment and return fire at them. The later stages have more difficult enemies that like to get up close to you and hit you with a close range attack which isn't affected by your forcefield. You can roll out of the way to get some distance between you and the enemy and try to get a shot off or you can try your hand at some melee attacks of your own and pistol whip the bad guys.

Flashback isn't just about combat, though. There's a lot of exploration and some light puzzle solving to do. Some places won't let you advance until you figure out the puzzle (which usually amounts to stepping on a plate or flipping a switch), while other areas will punish you with additional hazards or make you take some damage if you make a wrong step. Most of the game lets you take as long as you need to navigate the various areas (another divergence from the overall faster pace of most platformers), and there are energy stations in many places to restore your shield if you do take damage. There is one fairly difficult part in the second level which requires you to get through a veritable obstacle course of traps and hazards in under a minute and a half, and it's because of stuff like that level that the game's "save" feature comes in handy.

It's not a true save (the game uses short, easy to remember passwords to let you start from the last level you were at). It's more akin to a checkpoint you might find in other games. When you reach one of the save machines, if you activate it, you'll be able to continue from there if you die. For whatever reason (poor programming?), it takes a good 30 seconds or so to save, so if you're confident in your skills, it may not be worth the wait to use the save points particularly frequently.

All in all, though, Flashback: The Quest for Identity is a great game by any standard, and it's available on a wide variety of consoles and computers. It's well worth picking up, no matter what system you choose to play it on.
Review Page Hits: 0 today (1,286 total)
mediahook