As a singleplayer, its good! But Multiplayer, Battlefield 2, move over, the Stray Dogs are in Town. 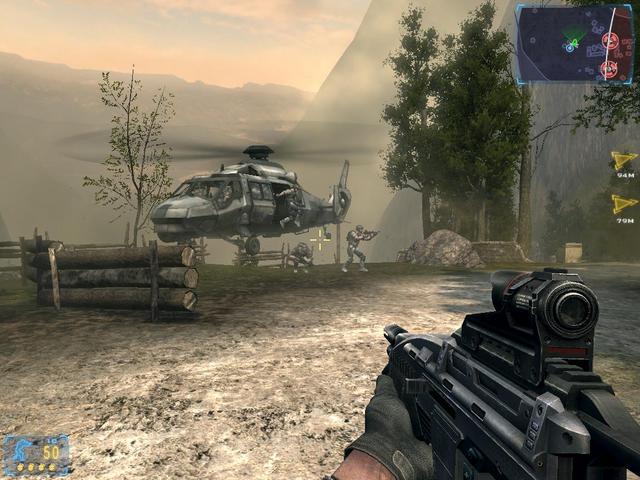 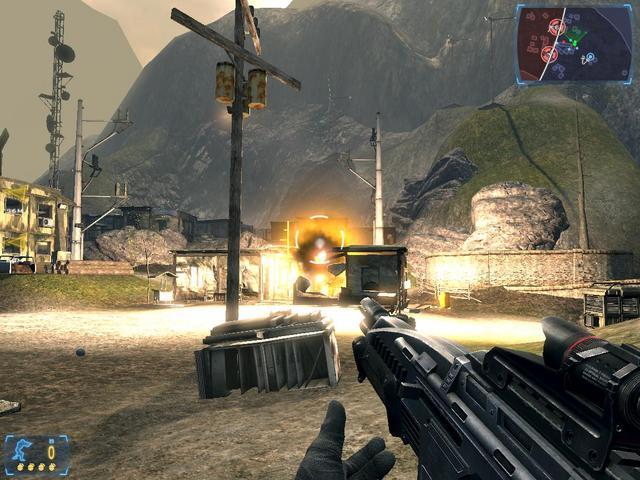 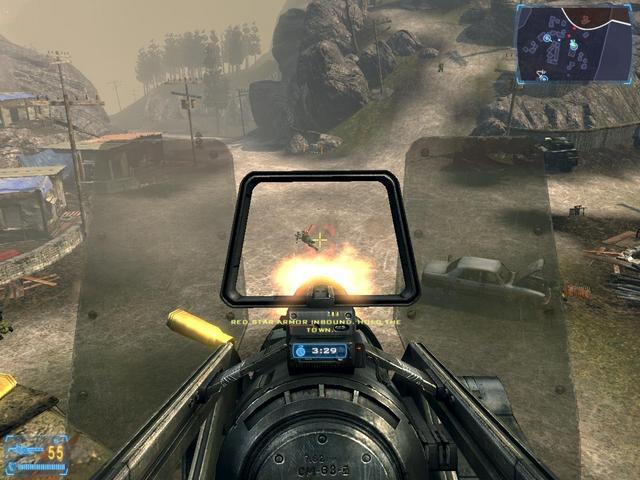 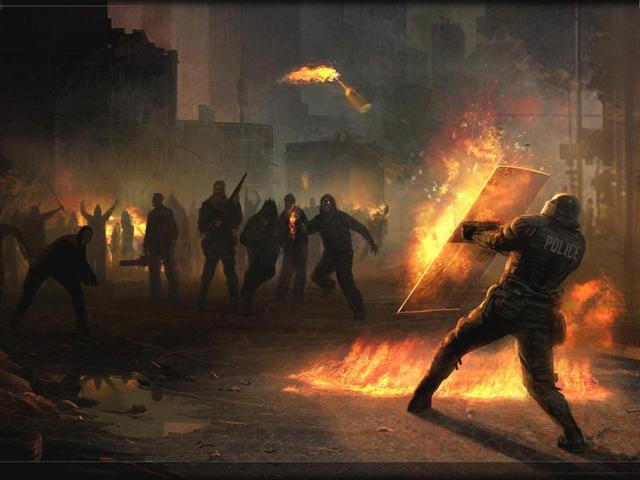 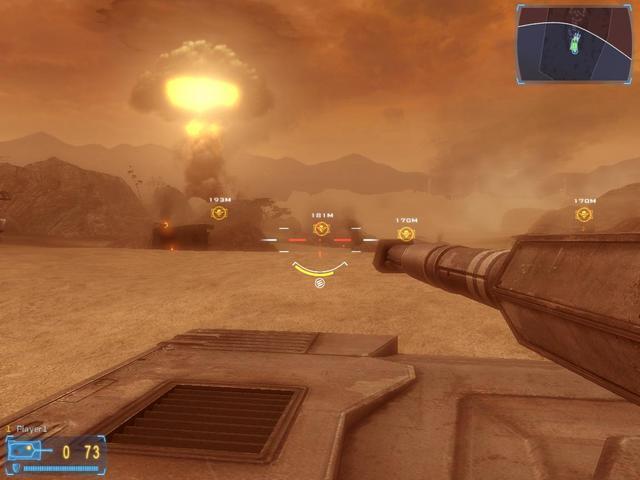 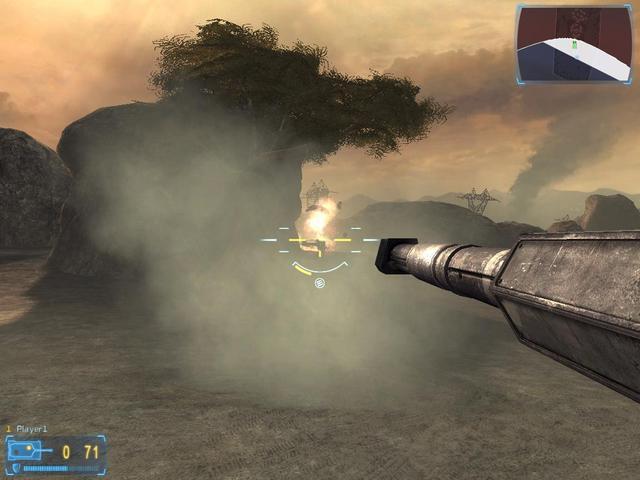 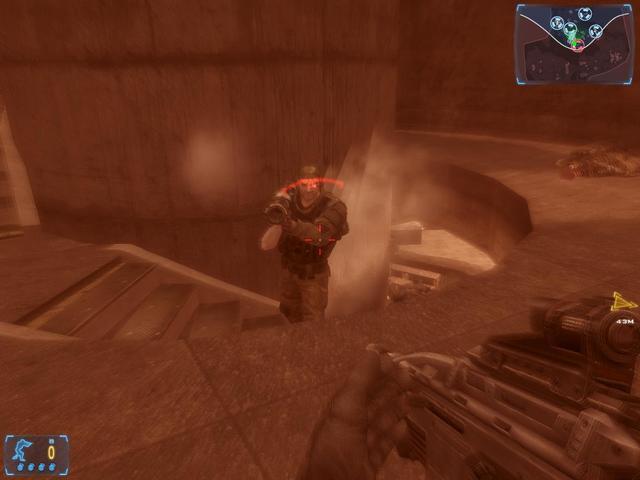 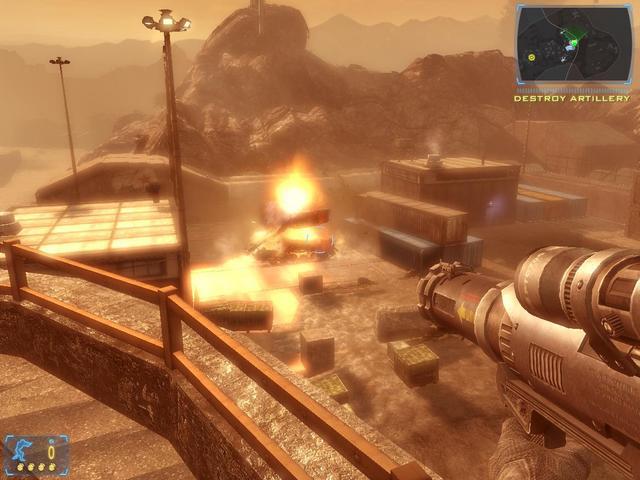 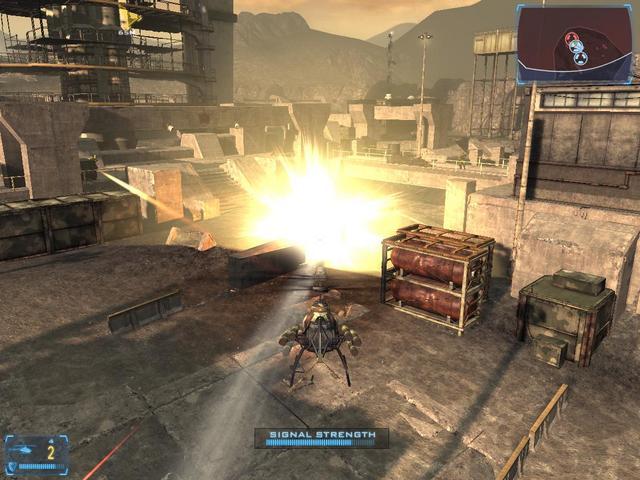 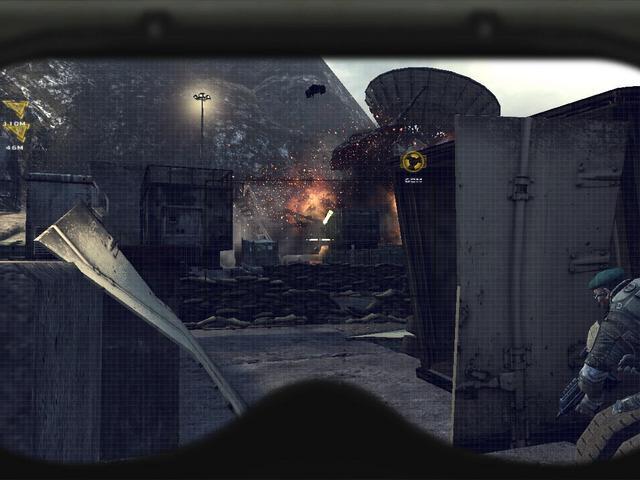 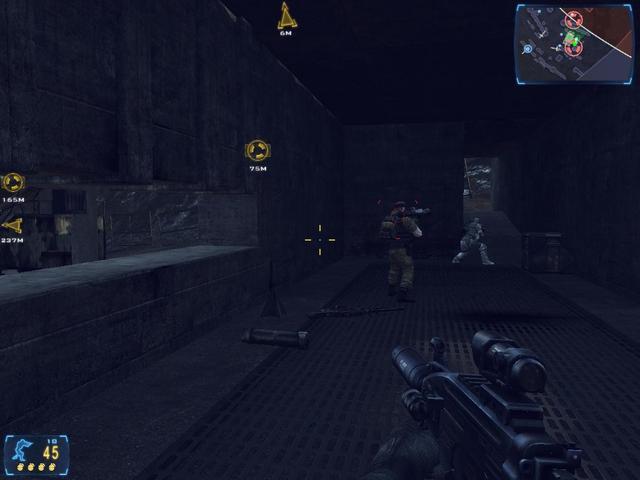 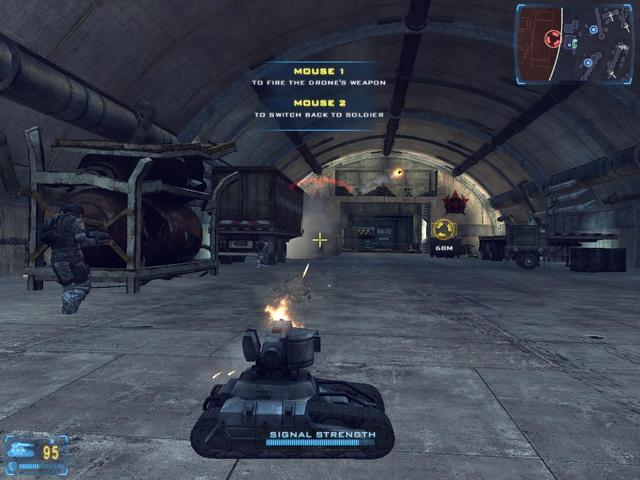 There are several types of scary; Horror, your Mom and Dad locked in the bedroom, and the cold bare truth. For the last reason on the list, this game is horrifically scary. This also produces one cold fact, it you had the ability of travelling back in time to stop any wars from happening. One of the best ways to do this would be to remove oil.

Humans will only ever go to war over two things, that is resources and as the Germans put it Lebenbaun (living space). This might instantly raise alarm bells, thinking that the First World War was started because of the assassination of Arch Duke Ferdinand. Yes I was fed the same line when I was in school; however gentle digging will provide some serious flaws in that argument.

Things such as the German nation had just switched its coal powered navy over to oil. They were planning to build a railway line straight from Germany to the Sudan. That England's Empire also required a huge amount of oil to keep its navy running. In those days, it was the only viable access to oil for the European nations.

We all take oil for granted, even in these days there are very few places that supply oil, considering the vast size of the planet. It's becoming a serious issue, even more so it's backed by global warming. The really scary fact is this game might be a little more than just fun. It may cause some serious thinking. People are getting scared, and when they do, things start to happen...


So ... The Game starts out with you a member of The Stray Dogs, in the Western Coalition army. Battling against the Red Army, capturing oil refinery and other military targets.

As you start the game, things unfold quickly; they get from a little squabble to a full blown war in a matter of a single level. It's at this point when you know that things are going to get really bad. However, as you progress, many of the morals are lost to the joy of good old fun!

When you die, you only get a certain amount of "Re-deployments". Once you have used all these up, it means starting from the beginning of the chapter. That is until you realise that you can quit to the main menu and load up from the level you died! Still it was a nice try! Re-deployments vary in number, depending on the mission level and the difficultly level.

However, I am still undecided about how easy this game is. On the one hand, you can quite confidently stroll through the level and defeat enemies. It was actually when I was trying to see what would happen if I lost all my Re-Deployments. So I ran straight into an occupied village, of about 20 soldiers, on the highest difficulty level. Even I was shocked how long I lasted. At one point, I nearly cleared the whole village of enemies. I even stopped shooting and chased an enemy running away. If I could have said "shoot me", I would have. But I cornered him, and he was still trying to run, finally he crouched, took aim and fired, several times, before killing me!

But on the other hand you are given a vast number of cool weapon platforms. Making the soldier safe while dispensing death to all those around. The varieties of drones are Helicopters with missiles, Robots with Gatling Guns, Explosive Radio Control Cars/Helicopters, and stationary mounted turrets. The amount of fun you can have with these are endless, and a sad day if you were thinking of joining the Red Army.

We are now in the technology warfare era. Where soldiers don't have to fight on the battle field, but where they get to play games too. My personal favourite are the helicopters, which can access almost any part of the map. Of course they have a signal range, but given the fact you can pick drones up again, means that you are able to deliver destruction and pain from safety, and still cover a vast area.

The enemy AI is really confusing, at times when you're shooting at them, they will run off and take cover. Then at other times they will take ages before they squeeze the trigger and fire back. It seems that they are both stupid and smart. Also distance seems to be irrelevant, as an assault rifle is as effective at a hundred and fifty metres, as it is at 10. If that wasn't enough, I've killed people at well over the effective distance of a shotgun, when the enemy had the clear advantage of a sniper or assault rifle.

In truth it's a bit off both, the enemy soldiers mostly feel like cannon fodder, and then at other times act really smart. Even enemy vehicles suffer a little from this, many a times I've been able to avoid a blast from a tank, by hiding behind a corrugated Iron fence.

The AI is the most disappointing part of this game, both the enemy and the Friendly. At times the battle can get chaotic, and you bear witness to friendlies and enemies running amongst each other. The problem is that they never shoot at each other!?! Even if the screen is filled with your stray dog squad, you can feel all alone, as you have to do everything yourself.

But does this make the game bad, by no means; even the times when the AI is painfully bad, this game is fantastic fun. I could happily play the game again and again.


The vehicles are another place where this game excels, and some are seriously upgraded. For example the Humvee, has its own missile launcher, which can deal a blow to any tank in its sights. Added with the speed, sets it apart from most of the vehicles. A Tank?, who needs that when I have speed and power! But you might wonder about the armour, let me tell you I've taken two shots from an RPG and still survived. Plus the vehicles heal themselves quickly, so you are never out of the action for too long.

The only vehicle I didn't like was the Helicopter, talk about a stubborn and touchy, and it won't even come close. There is no hover button, and the slightest movement can cause you to lose control. Also flying too high is considered out of bounds, so be prepared to be annoyed at the warning message, which can kill!

However this has its benefits, one being able to fly with the nose pointed to the ground, while pouring missile rain! But that is the only benefit, as this vehicle is the worse out of the lot. Even more so when you discover you can't switch seats with the AI. If an AI character gets into the helicopter with you, you'll be stuck flying it, it's a no go on the mini-cannon! If you do try to switch seats with the AI, he disappears and there is no one flying the helicopter, when you switch back, the AI character pops up in the gunner chair again, shame!

This will be the point when you notice certain real world liberties. Such as one of the friendly's, got in the way of my tank, and I thought I was going to run him over, nope, I pushed him along for the ride. Flying helicopters into the side of buildings, doesn't cause any or little damage!

There is no health bar, a recurring theme in games these days. The more you are shot, the more the screen becomes blurred and red. But a quick duck behind available cover and you're back up and fighting with in two virtual breaths. In fact you don't have to be behind cover, as rapidly dodging seems to be just as effective.

You can't climb down ladders. But it doesn't matter as the stray dogs are so tough that you can jump off! You can drop about ten stories without much effect. Yes the screen will be blurred and red, but you recover quickly. This led me to discover that you have a parachute, At this point; I was on the last mission, jumping off a building. The message to deploy a parachute came up; yes I know I could have read the instruction manual. My first thought was, where did he get that from?

But then again this game isn't hugely steeped in realism, and is more fun than anything. "I mean come on? Nations going to war over oil! How likely is that?" Which is a credit and yet such a shame, as when it came to the end, I was hoping for a more profound ending. What I got was an anti climax, while it wasn't bad, I was just hoping for more. With how the game started, they really let themselves down as to where they could have ended the story. Even still, it's a great game.

Multiplayer, I'd say, will be fantastically fun, unfortunately I haven't played yet. But I'd say it might be just as much fun as Battlefield 2. I know those are big shoes to fill, but having played the single player I am pretty confident with that statement! The main reason is that you are taking out, the badness that is the AI, which means that you are only leaving the good parts in.

This game is fantastically good fun, and the only disappointing thing about is the fact that the things, it did get wrong, are so minor in issue. I fully expect the AI and minor gameplay bug issues to be fixed in the patch, so if you are considering getting this, be sure to look out for it. I know I'll be playing it again once the patch is out!
James


Edit:
Patch 1.0.2 is out now, and while this does a good job of fixing some things. This patch tends to be for Game and Multiplayer errors. For the gameplay patch you will have to wait for 1.0.3 which will be out in mid April 2008!