Choose your own path RPG 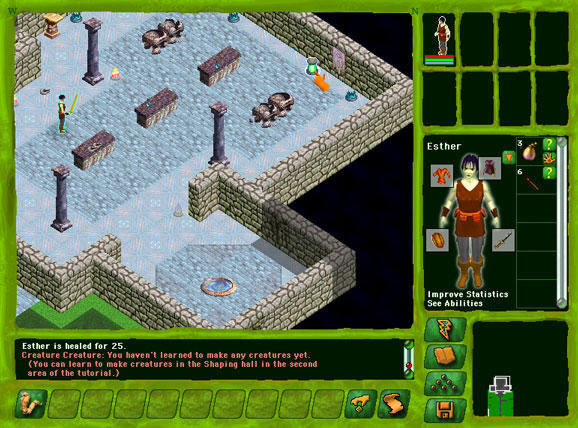 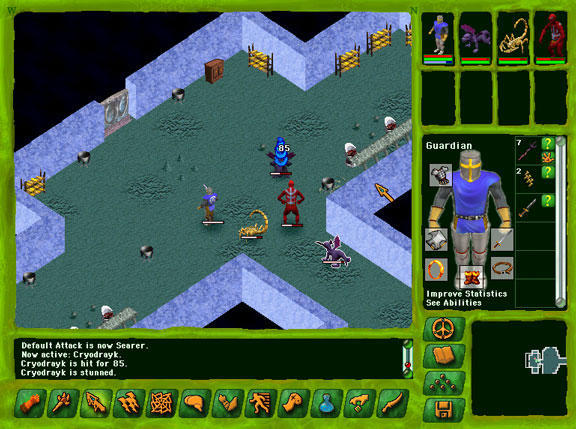 After years of work and study, you have been accepted into the most ancient, powerful and respected of magical societies: the Shapers. As a Shaper, you have the power to create life, to mold it out of nothing. The Sharper's creatures, called serviles, are used in many ways. Some are used to serve and do housework, others to fight and die. But, all of them are completely obedient, not one rebellious thought in their minds. You are given a starting assignment and are sent to an island for some lab work. On your way you pass along an ancient island called Sucia. It was barred by the Shapers long ago for reasons unknown. Then, out of nowhere, you are attacked, and you just barely make it to the island. You've been trapped on Sucia island.

Throughout the game you realize why the island was barred. A powerful artifact was created, the Geneforge, and the Shapers on the island could not handle it. Knowing its affect, they did not want to use it. So, they barred the island, yet left the Geneforge intact. What the Shapers did not think of were the servile creatures. The Shapers never gave the serviles any respect or freedom. The serviles were faced with a whole new chapter in their life. They had freedom and had to take care of themselves. A lot of serviles died through the winters, but eventually they learned to survive on their own.

The serviles -- now thinking on their own without any Shaper authority -- were divided into several groups of believes. One group stayed loyal to the Shapers. They believe the shapers left the island for good reasons, and that one day they will return for them. Another group decided to be independent. They will no longer be commanded by the shapers. If the shapers return, a peace offer would be made. The third group decided to revolt. In their hearts, they hate the Shaper.

Your appearance on the island will have a great effect. You will have to choose how you treat those serviles. Will you command them, treat them as equals, or kill them? You will always have choices to support any one of the groups. You may even join them. Your decisions will change the course of the game completely. That is what makes the game so amazingly open. What you choose will have a great effect on you and your quest. There are dozens of different manipulative options and various different endings. This plus, free map roaming makes the game very non-linear.

What is very original is the fact that the choices you have to make, the sects you can choose and join, they are all honest and true. There is no good and bad. There is no wrong and right. They are all serviles who were deserted to die by their masters. They all have good reasons to their actions. Its up to you to decide if serviles have that right to be free. You know that the outside Shaper world would never accept it, but will you? While the final goal remains the Geneforge, it's the minor quests and plots that make this game a great role-playing experience.

I always love games that have lots of optional side quests. It's a rare thing, but this game is one of them.

Combine that with a great plot and lots of original ideas and you get a very open RPG.

The bottom line is that this is well worth your time. You'll find this game a lot of fun once you get used to the battle system. No doubt one of the best serious shareware games ever made, with an amazing story and tons of original ideas put into use. Give this one a try