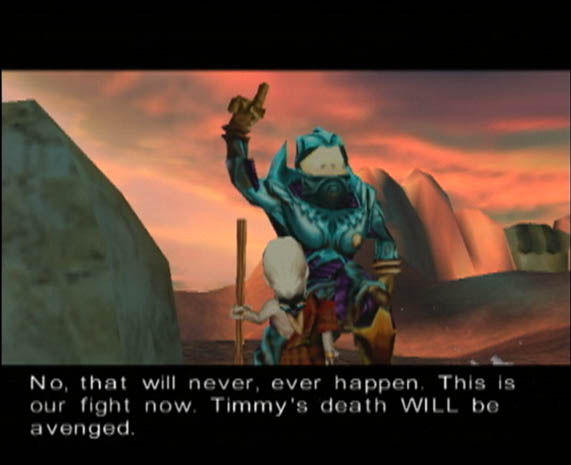 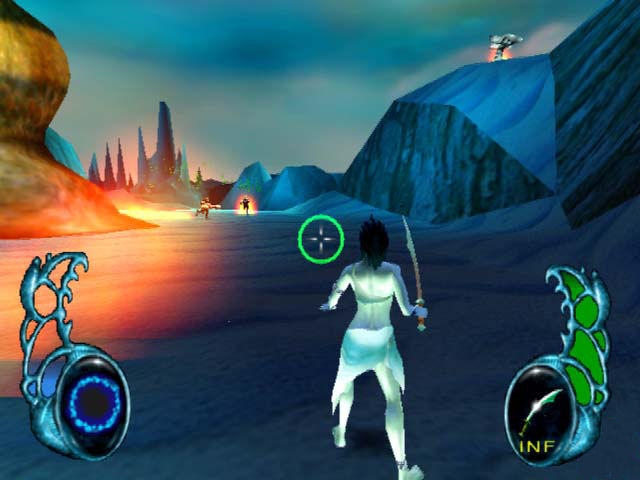 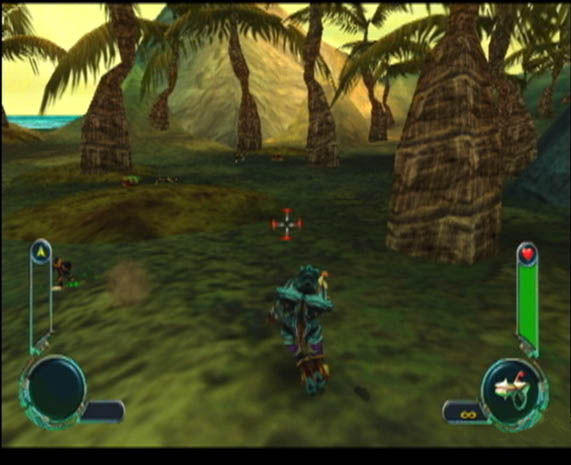 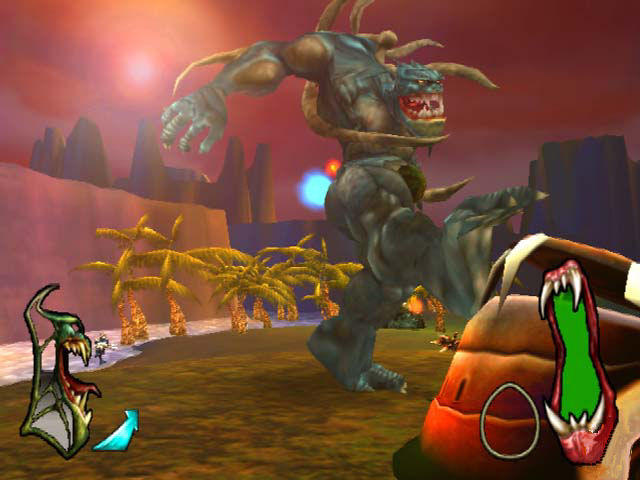 I didn't expect much from this game due to its odd name and the corny sounding description on the case: 'warriors fight for their right to party!' But, I was pleasantly surprised as it contained good gameplay, excellent humor and a decent plotline.

SETTING:
The game has a general Sci-fi theme and feel, and takes place on an alien planet filled with colorful, tropical looking islands. Areas are outdoor and though they look similar, topography and layout vary enough to keep it interesting,

STORY:
The story's charm is in its sense of humor. There is no serious dramatic plot but the story is still well designed to achieve its comical intent. Those who found Monty Python's Holy Grail movie funny should be rolling in the aisles at Kabuto's humor. The characters are consistent and the voice acting is done well. You begin as a member of a team of advanced spacemen who gets briefly stranded on a planet inhabited by Smarties (highly intelligent and spiritual little bi-polar maniacs). You become entangled in the plot to free the Smarties from their evil overlords and the overlord's supreme tool of destruction- the terrifying monster Kabuto.

GAMEPLAY:
Gameplay is where this title really shines. You control 3 different characters during the game. All of them are a fun to play and each functions differently enough to force you to rebuild strategies from the ground up. You could almost say that Kabuto was several fun games combined into one. The main meat of the gameplay involves defeating enemies with ranged or melee attacks in a third-person view format, but there are a multitude of mini-game type scenarios in the storyline that involve things like using your jetpack to rescue defenseless Smarties before they fall into piranha infested water, or winning a series of jet-ski races to earn the honor of being sacrificed to the horrible Kabuto, and even managing the building of a mini-real-time-strategy type operations base. Play areas are usually islands surrounded by water, but you are given full freedom about what part of the island to explore first and how to best accomplish a mission. I don't remember there ever being any time limits so you are free to explore around and do things at your own speed and in your own way. I highly advise reading the manual before playing since there are several fun controls (like a button to tell your sidekicks which enemy to attack) which aren't directly mentioned in the game.

MUSIC and SOUNDS:
I honestly don't remember music much in the game. There was nothing that was incredibly good but nothing that was bad either. Sound effects are fun and well arranged but they are not overabundant; you're not likely to become lost in their ambiance but they're good enough to keep it interesting. Voice acting is well matched to the characters and is good at pulling the punch-lines at just the right moment for maximum effect.

GRAPHICS:
The graphics are on the low end of the PS2's abilities and may be closer to the PS1 in quality, but the artistic style isn't going for realism. Instead, it goes for a colorful cartoony look which is pulled off quite nicely. On the plus side, even in scenes with a lot of activity and a long drawn distance there is no slowdown.

SUMMARY:
I think most people will really enjoy this game and I doubt anyone will hate it. Maybe it's just me but I rarely find a game truly hilarious; this one had me laughing out loud quite a few times and had great gameplay to back it up. I bought it at Gamestop for $4 (Sep 2008) and it puts to shame some $50 games I've bought!
Review Page Hits: 0 today (266 total)
mediahook