One of the greatest games of all time. 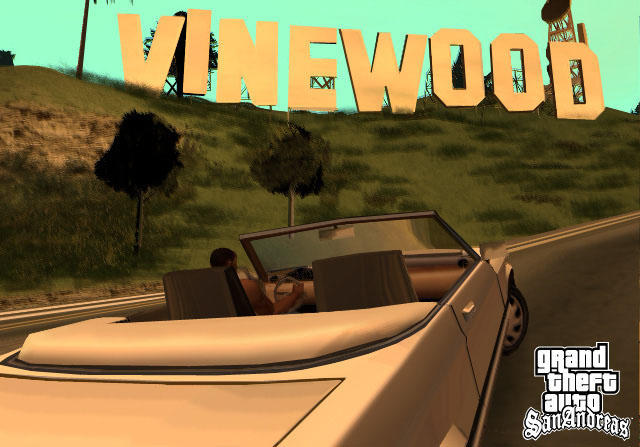 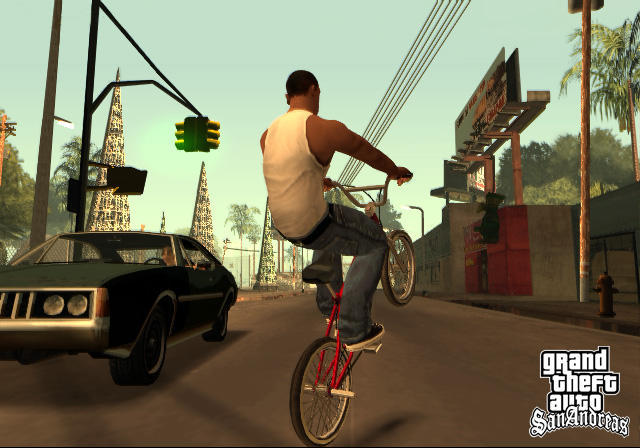 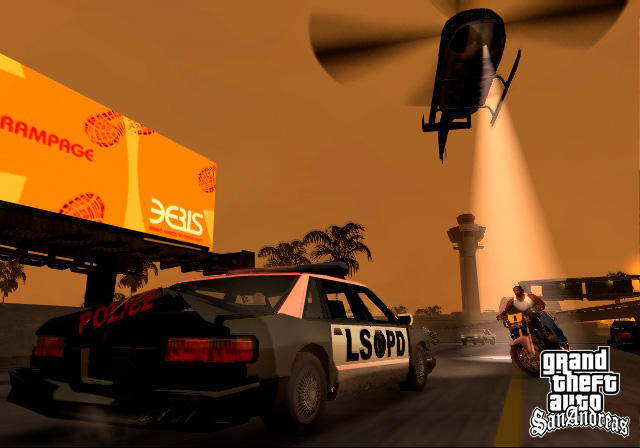 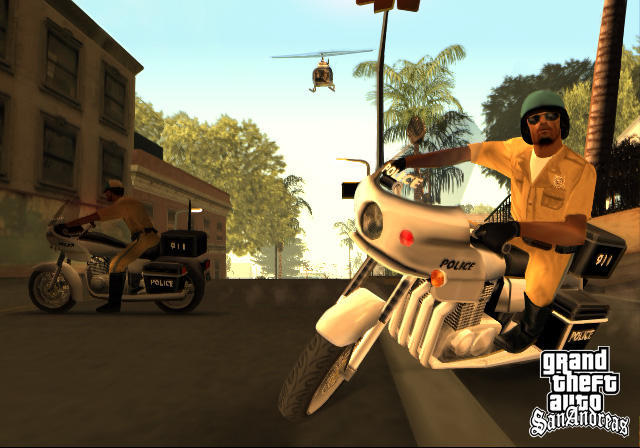 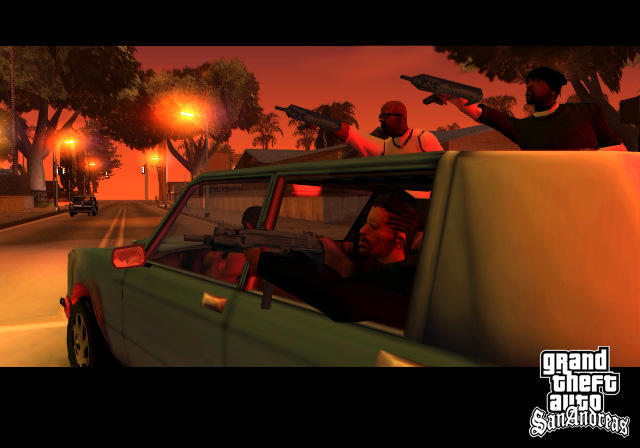 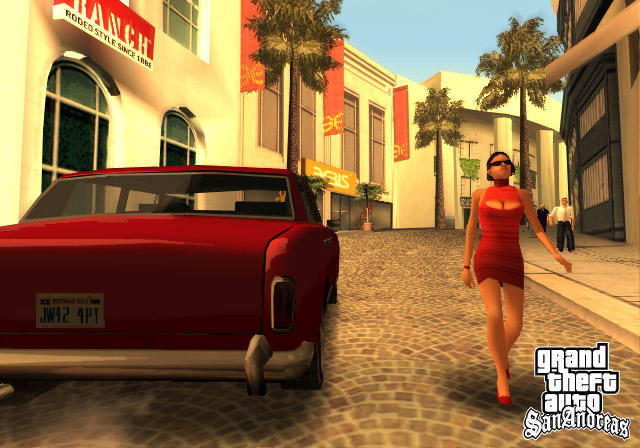 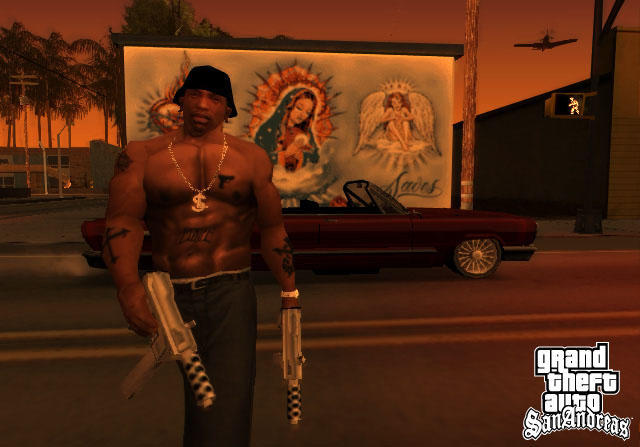 This was a game that most people had pre-ordered since it's release date was announced, and there is a reason for that: it's one of the best -- if not the best -- game ever made. Many will argue with that, but this game has a lot going for it, including: the most mini-games I have ever seen and an enormous map. You can spend a day just going around looking at all the unique areas and locations and what you can do at them.

Story - San Andreas has the best story of the 3 most recent Grand Theft Auto games. It adds a feeling of family and a tough, gang vibe. The story effects everything, which adds a lot more to the game. You have to take care of your brother while also making sure you don't get stabbed in the back (figuratively and literally) by fellow gang members, or cops. The cops in this game are a little better on the road, and will do a pretty good job of chasing you down and wasting you, or bustin' your gang-bangin' butt.

Being able to have a girlfriend in the game is a good addition, but it doesn't really effect anything, and more than anything it is a bit of an annoyance (but that is just my take on it). It would have been better if it had more effect on the story or the gameplay. The story does a good job of bringing back characters, however, sometimes you just lose track of them, and forget who they are.

Gameplay - The base gameplay of the Grand Theft Auto series has remained the same, but each year new and improved features and useful moves area added. Now, you can aim at people while fighting. You can actually see what you are shooting at with a gun. You can also shoot manually, without the auto-aim, which some die-hards might want to try sometime. The hand-to-hand combat is improved as well. Now you can do to gyms across San Andreas to improve your strength and stamina. You can also learn new movies, for example, martial arts.

Graphics - The in-game graphics are improved, but the character graphics are still pretty poor. You can't get as much out of the character when you can't put a detailed face on the personality. This is too bad, because they did such an amazing job at capturing Carl's good and bad side; how he isn't just a street guy. He has got family and people to look out for. Sometimes, the frame rate slows down a little bit, but its something that goes along with such a huge game. So I don't find the frame rate too bad.

Learning Curve - If you played any of the previous Grand Theft Auto games, you know that the controls are very comfy and easy to learn and adjust to, and they seem very natural.

Sound - The voice acting on this game is amazing, with celebs featured in the game, such as: Samuel L. Jackson as Officer Frank Tenpenny, David Cross (from "Arrested Development" and "Mr. Show") as Zero, and Andy Dick as Maurice from the Talk Radio Station. But I think that Carl, voiced by Young Maylay (a young rapper, who many don't know of) wins the prize as best voice acting in the game. The cars and vehicles sound very close to the real-life counterparts.

Replay Value - The game has so much to do, you could replay it again and again, and this is what I am probably likely to do once I beat it.

Maybe I am the only one that is wondering, but what happened to the rampages? I loved those.

Overall, this game is a steal for 50 dollars, and if you get it used, you are getting such a great deal. You could play this for 100+ hours and still want to do things in the game. If for some reason you haven't gotten this game yet, get it now. You'll thank yourself for it later.
Review Page Hits: 0 today (857 total)
mediahook