When all is said and done, Vice City Stories offers a great take on the Grand Theft Auto series and fans will no doubt be impressed by the amount of content. 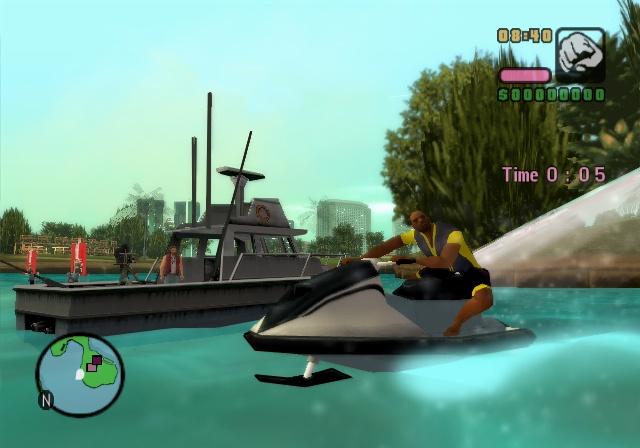 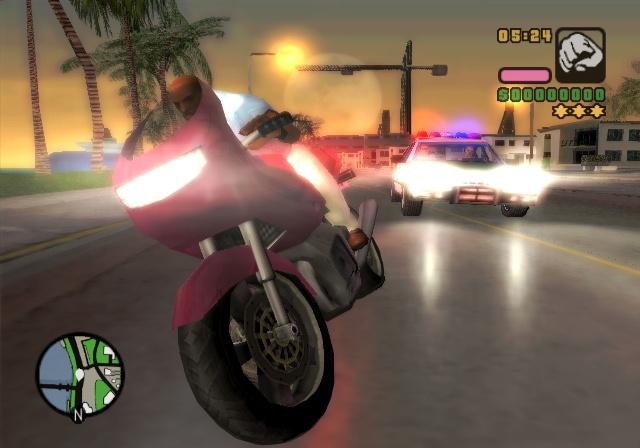 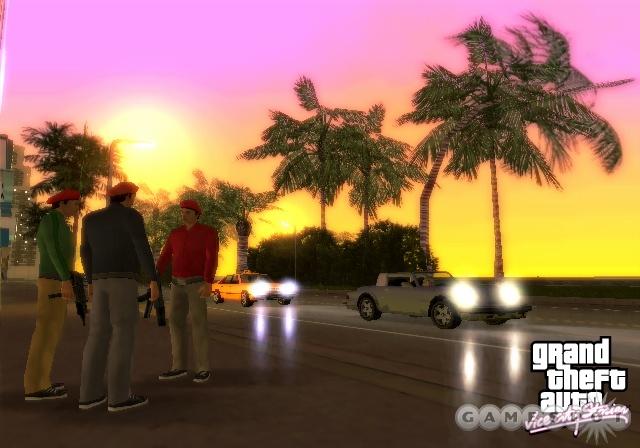 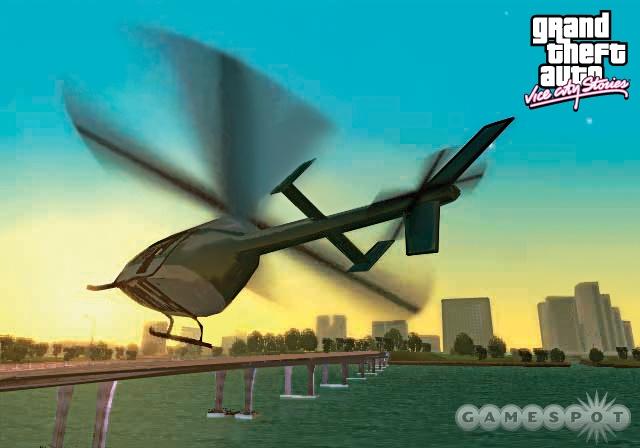 Since the launch of Liberty City Stories on the PSP, there have been four Grand Theft Auto games released in two years. It's a relatively impressive number considering the scale and overall size of each game. But even with a slew of new games to whet even the most devoted fans' appetite, Vice City Stories is a double-edged sword of sorts. In many ways it's better than Liberty City Stories, but it still has all of the problems of that previous game.

Vice City Stories puts players back on the luscious shores of Miami in the era when drug running while wearing pink was in style. Needless to say, the overall atmosphere and setting is probably the best in the GTA series, so it is a real shame to note how awful and somewhat bizarre the story is. In Vice City Stories, you take control of Vic Vance, brother of the hot-headed jackass players might remember from the original Vice City. Vic's story begins roughly two years before his brother's in which he joins the army in order to earn money for his dying sibling. Yet, in an insane twist, instead of running law-abiding tasks as a uniformed officer, we find Vic running drug routes, killing innocent civilians and even dropping off prostitutes for a psychotic pill-popping general. The story has the usual Grand Theft Auto humor and dialogue throughout, but there are times when the story just becomes too nonsensical to take seriously.

If you played the original Vice City, it should be pleasantly rewarding to see a couple of returning faces. Such oddball characters as Phil Cassidy, Ricardo Diaz, and even Vic's brother Lance, all make reoccurring roles in the game. While some of their moments and scenes are next to nothing, it is nice to see some inherent links to the previous title, something that Liberty City Stories failed to accomplish.

Like previous GTA titles, Vice City Stories has the usual wide assortment of missions and tasks at your disposal. Once Vic joins the ranks of the army, he will find himself racing to steal illegal drugs, wiping out rival gang members and taking over various business ventures in the city. Like a good business investment, Vic has the ability to gain control of any place under the control of a rival gang. By simply eliminating all members in the vicinity he will then be rewarded with a chance to own said property. These locations range from car dealerships, to mini malls and strip bars. You can upgrade a conquered business to earn even more cash than before. However, doing this involves repetitive tasks that usually include chasing down people who don't pay for service or making sure one of your clients is happy. It gets really boring and old after a while, so never expect to spend too much time in the business aspects.

The sole purpose of these ventures is to rack up more dough, but in reality their only useful task is to create a save point. Vice City Stories still has that horrible problem of remote saving, meaning you can only save the game when inside your hideout or any controlled territory. For a genre that has seen huge strides in fixing this problem--Saint's Row, for example, has a save anywhere feature--it is disappointing to see Vice City Stories eschewing any new means of saving content. Vice City Stories also has a relatively huge city, so of course finding an active save point can be more than troublesome in the long run. If you happen to hold off on owning businesses for a good portion of the game, then expect to find only one or two save points at your disposal.

As mentioned before, the city of Miami is the perfect setting for doing various crimes resulting in mayhem. But unlike the various games, Vice City Stories lacks any sense of originality. Most of the missions are uninspiring and feel tacked on, while others have simply been done before in previous titles (escort, breach and clear buildings, racing). Also similar to the previous titles, these missions are scattered throughout the entire city and players might find it somewhat of a chore to track down any available characters to take new missions from. The lack of any on-screen directional system makes navigation a complete mess, often creating much confusion.

You can always just wreak havoc at any given time if you are simply not in the mood to take orders from strangers. Vice City Stories has its fair share of diverse and unique weaponry to use as well as the ability to commandeer cars, boats, and even helicopters to assist you in your killing madness. Targeting enemies seems a lot easier to use than in the past; however, there is still the random civilian targeting which can get extremely annoying, especially when there are multiple enemies in sight. Combat is quite simple to execute with weapons in tow, but Vic is as capable of pounding a guy to death as a paraplegic when it comes down to hand-to-hand combat. The camera goes haywire when enemies get close and the hit detection is constantly off, which usually involves button mashing just to land a few punches.

For the amount of stuff thrown on the screen at once and the overall size of Vice City, it is pleasing to note how fluidly the game runs. The framerate hardly ever stutters during tense action, and the visuals are comparatively better than Liberty City Stories. The detail seen throughout the city is worth mentioning, as glowing lights fill the horizon, expensive cars plow down the street, and people congregate around the Miami hotspots in their usual 80's attire. But even these impressive details can't help the fact that the game looks like a PSP port. It hardly lives up to the potential the PS2 is well capable of, and even games that came out years before still look remarkably better.

The music is probably some of the best heard in any game to date, probably even rivaling Vice City in overall content. Some of the best songs to ever grace the radio waves came out during the 80's (although that decision is still being argued by the Amped News staff) and killing tons of enemies while listening to Raw Silk's "Do it to the Music" is inspiring enough to continue playing. Not to mention that same off-beat humor is present in the talk radio stations, including constant debates over sex in schools and why having tons of children is the key to preserving the youth in America.

When all is said and done, Vice City Stories offers a great take on the Grand Theft Auto series and fans will no doubt be impressed by the amount of content. However the lack of multiplayer that was so proudly distributed on the PSP is long gone on the PS2 version and players who already played the previous version will see no reason to pick up this title as well, as it offers nothing new in terms of actual gameplay. But hey, it is only $20 bucks, so there is nothing better to hold you over till GTA IV releases in October if you are in the need for a quick GTA fix than.
Review Page Hits: 0 today (308 total)
mediahook