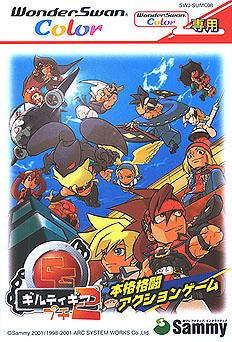 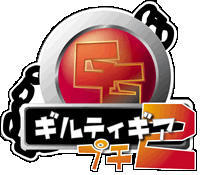 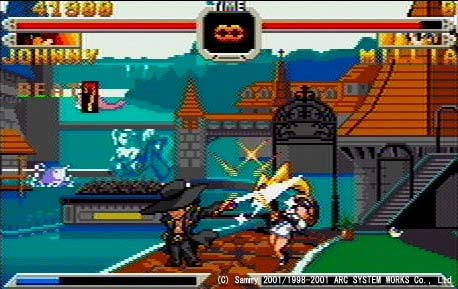 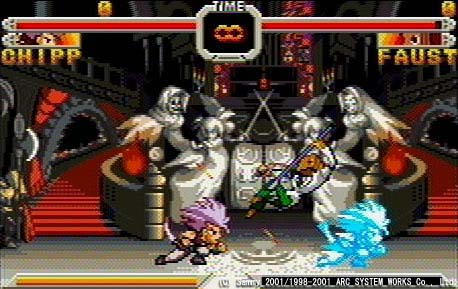 There are not many fighting games on the Wonderswan, the only ones being Pocket Fighter and Guilty Gear. This is the second in the Guilty Gear Petit series and also the best. The amount of characters is doubled as well as the stages. The story is basically as follows: It's the 22nd century and a powerful magic has been created known as "Gears". The "Gears" began to attack the humans in hopes of becoming the world's new power. As usual, an international tournament was set up to find new fighters to fight the now Holy War.

Gameplay - It's basically like every other fighting game. You fight your way through an interlocking story mode to defeat the "Gears". Aside form that, there is the usual Time Attack, Survival, Training, and VS. modes as well. This game follows much on the heels of SNK and Capcom style fighting games, but moves faster. It's a fighting game, though, so there are plenty of opportunities to go back though and play to unlock new characters, colors, and stages in the various modes.

Graphics - Amazing. With the exception of the characters, who look like miniatures of their larger selves, the game is on par with its Playstation and Dreamcast cousins. Every level is beautifully detail and colored, and each character is also highly detailed with a plethora of colors and are true to their console selves. Animation is very smooth, which is good for all the special moves being unleashed.

Sound - For the most part, it's good. It was clear that they tried to take the heavy metal style songs from the consoles and shrink them down, but a lot of it is different pings. That said, it can get repetitive but it still fits well with the fighting. There are no voiceovers, but it's a fighting game. The most you hear is maybe a groan or two.

Control - Great, especially since you use the X style D-Pad. A and B are of course your attack buttons, and combos are relatively easy to pull off which makes the game more exciting. It's clear, though, that Sammy borrowed some button combos from the Street Fighter series, but it works.

This is a must have for both Wonderswan owners and fighting fans alike. Its high replay value will have you coming back for more time and time again. With the ever growing library of RPGs for this handheld, a fighting game is a welcome expansion.
Review Page Hits: 0 today (399 total)
mediahook