In this Half Life expansion, you play Calhoun, a security guard at the Black Mesa facility. He will explore never before seen areas of the underground complex, and help the scientist escape. 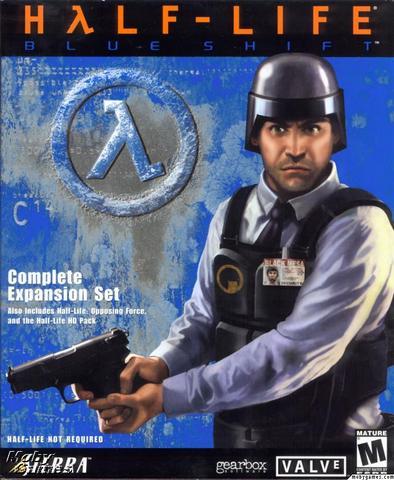 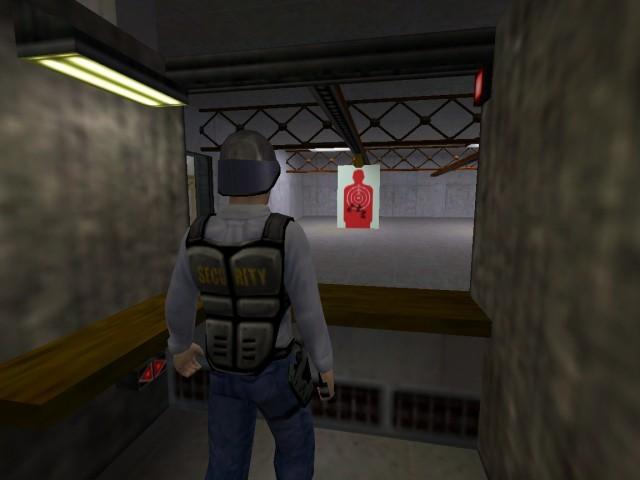 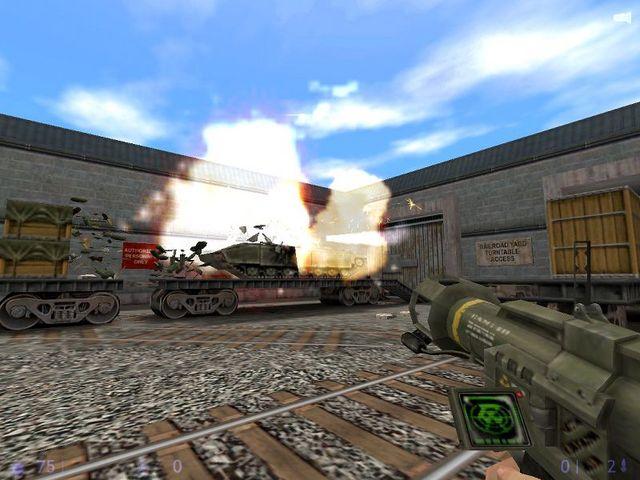 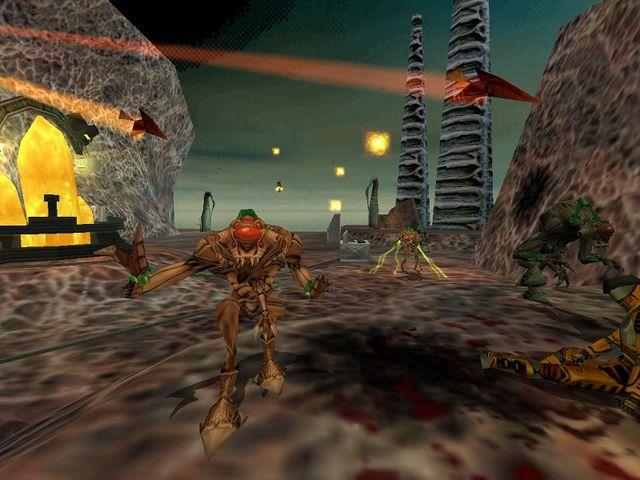 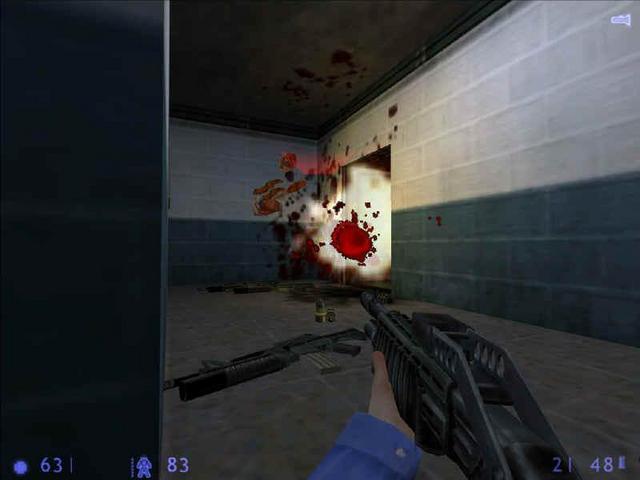 This game is one of the expansions for the original Half-Life.
In Blue Shift, you will explore the Black Mesa Research facility from a whole new viewpoint.
Your character, Calhoun, is one of the many security guards stationed at the underground research base. At first, you are just concerned with getting him out of the Black Mesa complex alive, but later on he will also provide aid to the scientist working there.

Gameplay
Blue Shift plays very much like the original Half-Life, so in gameplay terms, it was a smooth game to play. There were some differences, and I will be pointing those out as the review goes on. The only problem that I did have with this expansion was that it was too short. There were only about seven different parts/chapters to it, so as you can imagine it did not take me too long to get through it.

I think one of the major differences you will notice (if you have played the original Half-Life) is that Calhoun can not use the HEV power-up stations that are located throughout the game. There is a reason for this, and that is the fact that he does not have an HEV suit. What he uses instead is a standard issue guard's vest and helmet. So, most of the time the only way you can power up his armor protection is when you find more vests and helmets (either on dead guards or just laying around). But just like in Half-Life he can still use the health power-up stations.

Of course there are also new weapons in this game to use. The one that comes to mind is the powerful machine gun that you will eventually get off the dead soldiers. This one came in handy because it has an alternate firing mode that is a grenade launcher, which helps to clear rooms when needed.
Another feature that Blue Shift had more of than in the original Half-Life is puzzles. Now I don't mean mind-blowing puzzles like you might find in Myst or other adventure games. What I am talking about instead is trying to figure out what needs to be done to get past a sealed door or across a broken catwalk. The only hint I can give you about these puzzles is that you need to notice everything in the room, because almost anything in this game can be used to aid you.

Graphics
This game looked fairly decent. It does include the HD (High Definition) pack for the Half-Life games, but to tell you the truth, I didn't notice much of a difference in the graphics when I installed this pack. But overall the graphics were still good, and you get to explore new areas of the complex that were previously off-limits to Gordon Freeman.

Learning Curve
Any Half-Life game always has an excellent learning curve. This is mainly due to the fact that ecah game has a whole section dedicated to training the individual that you will be playing with. That is not part of the main game but instead is a separate option on the main menu. In the case of Blue Shift, it is more tailored to training for a security guard and concentrates on equipment and weapons that they use often.

Replay Value
The afore-mentioned length of this game has a lot to do with my replay value ranking. I don't think it is totally without replayability, so that is why I didn't completely flunk it in replay value. It is still a fun game to play, and like any other Half-Life game, you will be eager to find out what awaits you around the next corner. I think a really good way to play this game would be right after you finish the original Half-Life, playing them back-to-back. That would be interesting.

Sound
The sound was good in this game, but, once again, nothing that would distinguish it from the original Half-Life. There were nice weapon sounds and many other environmental sound effects. One thing that I did notice about this game, as well as the original Half-Life, was that sometimes the sounds seemed to have a metallic echo to them, which was very strange. I don't know if this was bug in the Half-Life games or what, but so far I have heard it in every one of them that I have played. But then again, I could just be picking up on something that most people miss. Because of my profession, my ears are trained to pick up on sound discrepancies that the average ear would miss.

If you want to continue the exciting Half-Life experience, then pick up Blue Shift and help Calhoun make it out of Black Mesa alive.