Armed with nothing more than your wits and a trusty dog, can you survive Haunting Ground? 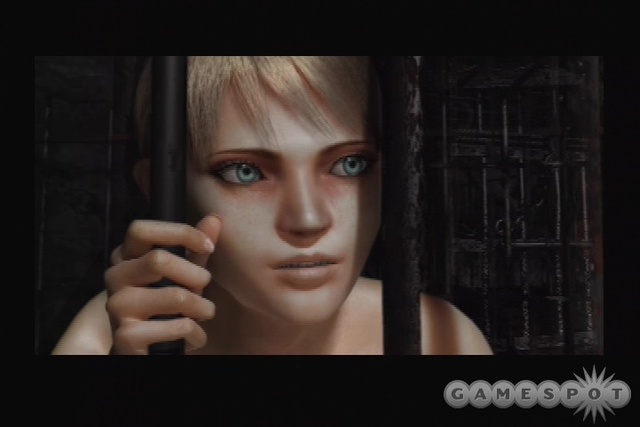 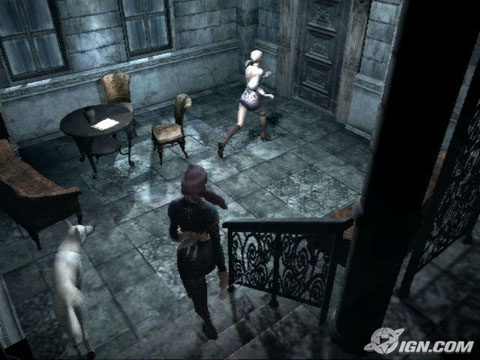 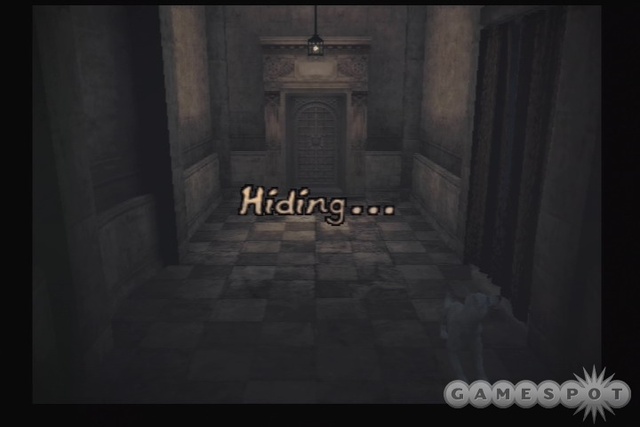 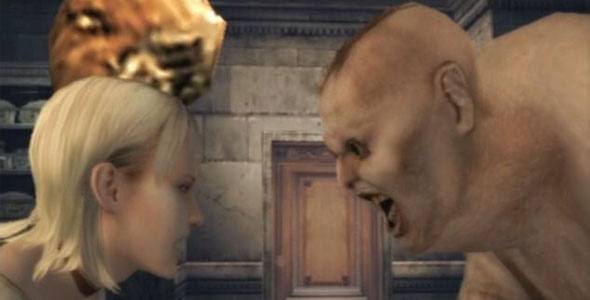 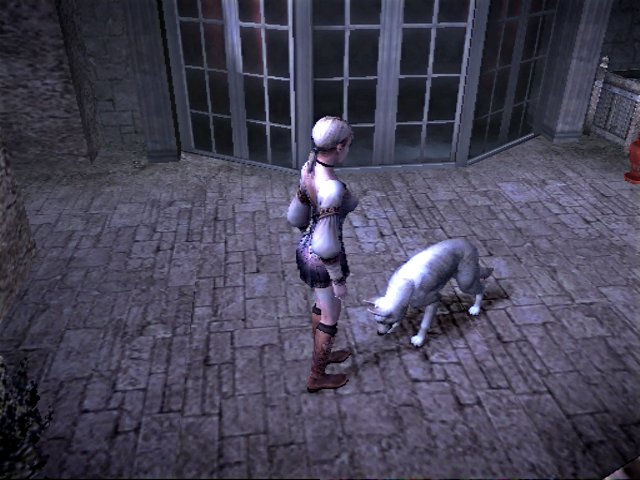 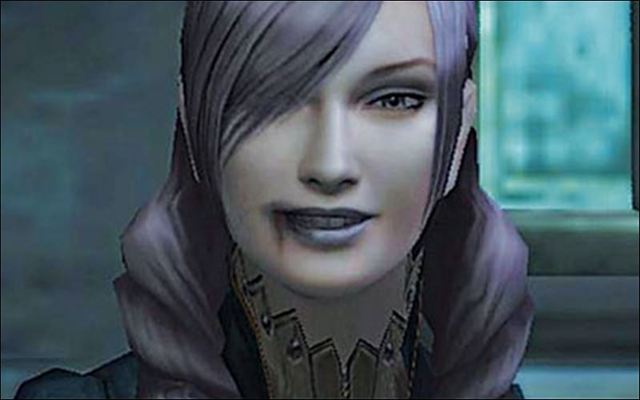 Let me start off by saying that Haunting Ground (known as Demento in Japan) is my all-time favorite game. Haunting Ground tells the story behind Fiona Belli, a girl who was involved in a car crash in which both of her parents met their demise. She awakes from the crash to find herself stuck in a cage alone. She soon rescues a dog by the name of Hewie and they quickly form a tight bond and attempt to escape the castle where they are being held captive. Fiona soon starts to realize that she has great power that she never knew of, and that everyone seems to want.

For those that have played Clock Tower 3, Haunting Ground is similar in many respects, including the gameplay, sounds, and characters (both teenage girls). In the game, your only defense against your enemies is Hewie and your kicking ability, as well as any helpful items you happen to find that can slow them down. Your health is your sanity meter, which goes up as you are attacked. If you take too much damage, you will go into a panic state, which will cause Fiona to start to run on her own, bump into things, and possibly fall down. If you are hit during the panic state then Fiona will die and be greeted by the game over screen, along with a very questionable sound effect from her current pursuer. To escape a pursuer you will have to hide in one of many locations such as under beds, behind curtains, or in closets. Use a location too much, and you'll get caught.

The graphics might not look the best now but back in 2005, they looked pretty good, with no picture bugs or blemishes. The sound received such a high grade due to the terrifying music that can leave you breathless and scared, wondering when an enemy may appear. The music is often slow and eerie but when you are seen by an enemy, your heart rate will skyrocket. The fast pace music that takes place during a chase will leave you in your own personal state of panic. During the game, you start to grasp a pretty good idea of what kind of person Fiona is, but the enemies do not stay long enough for you to fully figure them out. The main enemy doesn't even appear until the end of the game. The maid named Daniella never even had her name mentioned in the game. She was always referred to as, "the maid." I wish they developed these characters a little bit more, but perhaps not knowing enhances the scariness of it all.

The replay value is pretty high in this game because there are many things to do, even after you have beaten it. You can try your luck in hard mode, which includes different costumes for you and your enemies. Even Hewie can change! You can also get secret power ups which make you stronger or create special effects to hide from the enemies, like becoming invisible. Some of the puzzles can be a little confusing and may require you to survey the area and try different commands with Hewie. Most though, if you make one bad mistake, it will be a game over. This can be frustrating, but it's not all bad. You will always be treated to a nice death cutscene, which can then be added to your cutscene collection in the safehouse that unlocks when you beat the game. The safehouse contains many things to keep you busy, such as concept art, costume changing stations (as well as new weapons like guns and whips), a cutscene viewer, the entire game soundtrack, and an extremely addictive mini-game that allows you to play as Hewie as you try to save Fiona. If you don't have a Playstation 2, fear not, because the game will soon be released for the Playstation 3 in the Playstation Network. The price tag will be $39.99, though, but that's actually cheaper than the PS2 version usually goes for, since it can be hard to come across.

The grade I gave this game represents how much I personally enjoyed it, and I believe that most people will agree with my score if they give the game a chance. If, however, you are one of those people whose gaming consists primarily of Call of Duty and Battlefield, then this may not be the best choice. For those that enjoy survival horror, puzzles, and good stories, then go right ahead. Haunting Ground is a heart-pounding and insanely fun game that will keep you going for a long time. This game is worth the high price it is at and is the perfect addition to any true gamer's collection. I am so in love with this game that I plan on making my own music box that plays the song Precious Hewie from the official soundtrack. If you play this game and love it like I do, then go try Clock Tower 3 or Rule of Rose, similar games that will also scare and delight you.
Review Page Hits: 0 today (512 total)
mediahook