This game is great! I love it! I didn't know what to expect when I traded for it, but was soon wonderfully caught up in it. I would describe it as a cross between Frogger and Mario, with a bit of Goblins thrown in! 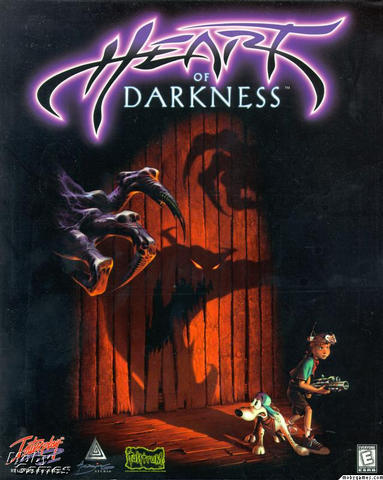 A side scrolling adventure, with great animation, cute characterizations, wonderful graphics and good sequences to solve. At first I thought it was the button mashing, carpel tunnel killing kind of game which caused me to give up console gaming, but my fears were relieved after I found that each "puzzle" is a three or four screen sequence. Once you pass a sequence, the game automatically saves itself to that location. A big frustration reduction factor. I can't tell you how many times I've completed a really difficult level by the skin of my teeth, only to be killed off before I can save game. This feature saves you from that frustration.

There really isn't much music involved, just sound effects. So no annoying, repetative little tune that you must listen to during all fifty attempts to pass a sequence. After several sequences of a kind, e.g. cliff climbing, lava hopping, you are treated to a short video that furthers the game story. Oh, didn't I tell you the story? Once upon a time there was a little boy, Andy, with a little dog named Whisky. Suddenly one day the little doggie is sucked into another world by alien beings and the little boy hops into his tree house rocket ship to follow and rescue him. Ok, not the most original storyline, but it doesn't really matter 'cause we have to have some kind of excuse to play these crazy little games!

There's a nice little hint feature that fills you in on some of the abilities of the buttons. Admittedly I'm not so good at reading the manual ahead of time and finding out what they do. So when you fall down the set of cliffs for the fifth time, a little screen comes up that tells you to hit a certain button to catch yourself. Naturally this can also be quite annoying when the hint doesn't fit the reason you keep losing your life. Once in a while it will also help a bit in solving what you need to do to reach the end of each sequence, whether you want the help or not. Sometimes there's a clever bit of thinking that you need to do to get to the next scene and if it takes you too long, and you don't want a hint, be sure to shut your eyes when the hint screen comes up. The monsters are not so repititious that you can always stand in the same spot and automatically hit them, like early Mario. Some monsters even gained the ability to jump the fireballs, at a later time in the game. The shadow monsters even come in at least three different kinds that kill or annoy you in different ways.

Did I say fifty attempts to pass a sequence? It took me a month to get through what I thought was the final sequence!

I have a feeling that it really isn't that difficult, it was just one of those screens, for me, that I just couldn't get the timing right. This game was not one I had heard anything about, just traded for it on a whim. Turned out to be one of the most enjoyable games I've played since I had to give up Nintendo!
Review Page Hits: 0 today (553 total)
mediahook