Travis Touchdown returns in his desperate struggle for revenge and the #1 UAA ranking. 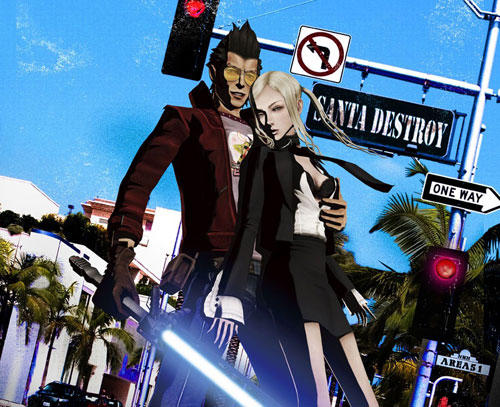 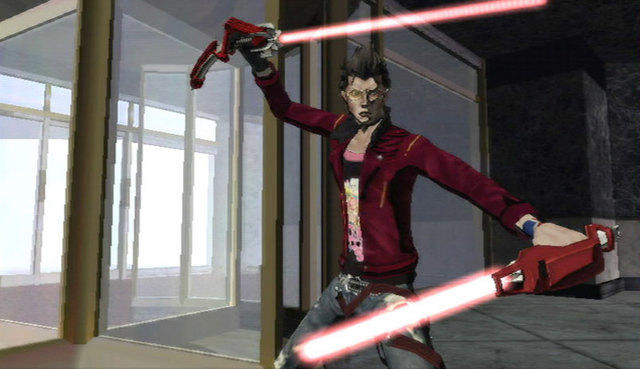 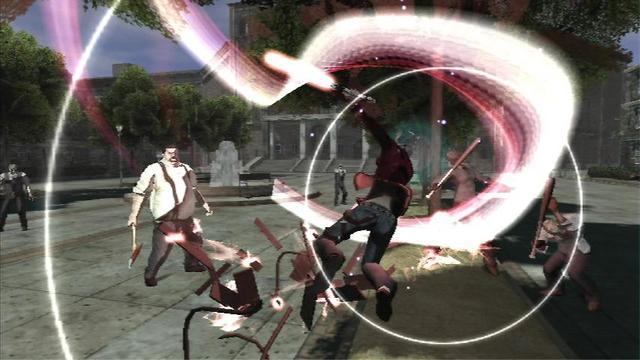 Travis Touchdown makes a triumphant, if not vulgar and violent, return to the video game world. The game picks up with Travis fighting Skelter Helter, the brother of Helter Skelter who Travis killed in order to become ranked 10th UAA fighter in the previous game. This time however, Travis begins the game ranked at 51st, and it's a long way to the top. Sylvia's back to set up his fights, and his best friend is murdered by PIzza Batt thugs, which basically sets up the game's storyline.

If you played the original, you'll have an idea what to expect from the game's main missions, the ranking battles, as well as the "Revenge Battles," which act as side missions. Travis wields his beam katana and cuts down foe after foe in a bloody massacre until he reaches the ranked assassin, where the boss battle takes place. Once again, all the assassins are off-the-wall characters who appear almost totally insane. And this is a good thing. There's something that's still satisfying with mowing down your foes and hearing Travis swearing at them while the explode in geysers of blood.

The game still suffers a bit from repetitiveness (run here, kill, run there, kill, repeat), but you get to play as Shinobu, a girl Travis spared in the first game to mix things up. For the most part, it's basically the same experience, but there's a bit of platforming involved with Shinobu, and slightly different controls. The different control scheme is shown in a brief tutorial before you begin the missions that involve Shinobu. It's not a major change in pace, but it's not a bad idea.

One big difference Desperate Struggle has from the original is that in between missions, you no longer have to drive your motorcycle around from one place to the next in a city landscape. You just choose the location you want to go to from a menu when you leave your hotel room and go immediately to that spot. This is a big improvement, since driving around in the first game felt like a tacked on experience without much reward. Now, if you want to select a side job or go clothes shopping, it's a more streamlined experience.

This brings me to another aspect I think was Suda 51 did well in Desperate Struggle. All of the side jobs Travis can choose from to raise money are all in a 2D pixelated style, except for one job. This old school approach adds some variety to the gameplay, and these games are actually quite fun to play to raise some cash. The money earned is spent on clothes for Travis, or upgraded beam katanas. Personally, I don't see much point to buy all the clothing, unless you're a completionist. I'm unaware of any bonuses offered if you obtain all the clothing in the game, but I may simply be uninformed in the matter. Regardless...

The music in the game is spot on. There's a punk rock vibe to most of the music, and it's actually quite pleasing to the ear. Not all of it is punk, but all in all there are some pretty catchy tracks, which surprised me a bit. When you're doing a job, and the game switches to the old school pixelated style, so does the music, with great success. Nothing stands out in an annoying way, and the music fits the jobs quite well. One beef I would have with the sound is that when you kill an enemy, their screams don't stand out quite as much as they did in the first. There's just not the same crispness to it, but maybe that's just me. Either way, it's not a major issue. The voice acting is spot on, all the characters were voiced quite well, and the dialogue had some pretty humorous moments as well.

One of the most noticeable aspects of the game is the graphics. They are once again in the same stylized manner as in the first, albeit improved. The graphics may not be up to par with the PS3 or 360, but the game still looks great. On a purely aesthetic level, I really like the look of the game overall. However, there can be issues with the camera at times. On occasion when Travis got knocked down, especially into corners, the camera was liable to zoom into Travis' head, and not in a 1st person style. This blocked view can be annoying, but if you move out of the corner and reset the camera or lock onto an enemy, it doesn't last long. I also noticed some pretty bad frame rates during the job where you're hunting scorpions. This is the only job that takes place in the normal 3D mode, and when I was running through a certain area in the field, the animation became choppy until I moved elsewhere in the field. I haven't tried to reproduce this effect, but if you run to along the wall on the right side at the start of the job and follow it, that's where I saw the framerate start to lose it. I haven't had that problem in the ranking fights or the revenge missions, so I assume it's just in that area.

All in all, I really enjoyed playing this game from start to finish. The graphical style is improved over the original, yet retains its charm. The gameplay is once again solid, and bolstered by the removal of driving in a bland cityscape to get from one place to the next. It's fun to improve Travis' health and strength stats at a gym run by an effeminate trainer who has some unorthodox exercise methods, which, of course, take place in 2D mini-games. It's easy to pick up and play, since the game gives you a control tutorial whenever a new type of gameplay pops up. The music is great, and fits the game's chaotic action beautifully. However, the game isn't without its faults, but all in all, they pale in comparison to the Desperate Struggle's redeeming qualities. Once you're through the game will you play it again? Probably not at first, but with three difficulty settings, you'll end up going through it once or twice. It's definitely a worthy title to add to your Wii collection.

And in case you're curious, yes, it still looks like you're whacking off when you have to recharge the beam sabers